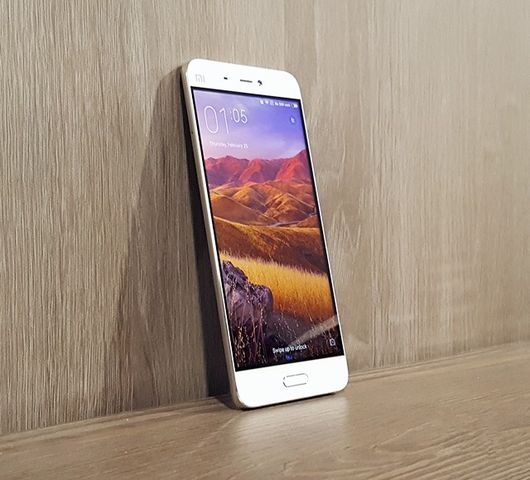 Since the release of the previous compact flagship company Xiaomi (Mi4) has passed and a half years, during which the Chinese are doing great and powerful device, compact and inexpensive, but never returned to the subject of the most technologically sophisticated devices in a compact form factor. And then, finally, the moment has arrived: the company introduced a new flagship with a screen 5.2 ” – Xiaomi Mi5.

Most importantly, where to start talking about the new flagship Xiaomi Mi5, – design. Literate people around the world have already joke about “Samsung disease” from the manufacturer and a lot of time compared with Xiaomi Mi5 Galaxy S6 / S7 Edge. At the same time, unfortunately, today, few people bother to even corner of my eye to look somewhere on news reports the next couple of days to check the accuracy of the information and their thoughts. Otherwise, nothing like you have now is not read. Yes, the new Xiaomi Mi5 really looks like Samsung Galaxy S6 Edge, but not because the Chinese are once again copied someone (although this practice), but because in both smartphones used the idea of ​​the body with rounded edges. At the same time part of Xiaomi Mi5 design it is almost a complete copy of another company’s smartphone, Xiaomi Mi Note, submitted in January 2015. The device from Samsung with curved edges, which compared new Xiaomi Mi5, Galaxy S6 Edge, it was shown in March at the MWC 2015, ie two months later. That’s all I can say about “The Samsung copied” design.

Personally, I like the design Xiaomi Mi5, although from the practical side, as is the case with the Mi Note, it seems to me, it will not be as convenient as plastic or metal smartphones. Just due to the fact that the glass gets dirty quickly and are more likely to be damaged when falling smartphone. And on both sides Xiaomi Mi5 casing glass is used. In this case the glass on the front side is flat, without 2.5D effect, in my opinion, this shortcoming still surround the glass makes the smartphone a more spectacular and beautiful, here are just personally I was expecting Xiaomi (like everyone else) will copy the idea of ​​Apple. Glass back side curved shape looks effectively. Along the edges of the steel frame, as in the Xiaomi Mi Note.

Still it is possible to note a neat thin frame around the screen, however, this feature was still in Xiaomi MI4, so that in this respect, the Chinese simply did everything exactly as the user expects from them.

The smartphone is equipped with a screen with a diagonal of 5.15 ”, while the presentation was repeatedly pointed out that in all the dimensions of the device is comparable to the five-inch smartphone, and it’s true, judging by the size. The width of the smartphone – only 69.2 mm, for comparison, Xiaomi MI4 has a width of 68.5 mm, that is, one of the main parameters that determine the ease of grip of the smartphone, the new Xiaomi Mi5, of course, is good. The width of the Samsung Galaxy S7 – 69.6 mm, which means that it was with the release of Xiaomi Mi5 sale we will get one of the new leaders in size and ease of grip among the five-inch devices.

The smartphone uses IPS-matrix with a diagonal of 5.15 ” and a resolution of 1920×1080 pixels. Personally, I am pleased with the fact that Xiaomi did not install in the new flagship of the matrix with a great resolution for the eyes of the majority it is still quietly, but a bunch of FullHD and the new top-end platform Snapdragon 820 will clearly be advantageous any combination of the same chipset with a screen higher resolution . Simply put, Xiaomi Mi5 should be a very good stock performance in the next few years.

In Xiaomi Mi5 company departs from the usual scheme for himself three touch buttons below the screen, placing at the center of the hardware key with inscribed in it a fingerprint scanner. A similar system is used in the Apple iPhone, Samsung Galaxy, Meizu, but how it is implemented in Xiaomi Mi5, I can not say. Here at least there is press the hardware keys and operation of the scanner, but if there is inscribed in the touch button area, I do not know, you need to watch.

Fans of the company, according to the first comments and reviews, took this decision controversial, but personally I am pleased that Xiaomi moved hardware key.

Details about the camera’s talk in a detailed review of the device, I hope to get it soon after the start of sales. And now – about camera settings. the main camera module has a resolution of 16 megapixel, f / 2.0, has optical stabilization in four directions and phase detection autofocus (ie normal for smartphones). As will be removed, I do not know, but Xiaomi MI4 Xiaomi Mi Note and was at the time one of the best cameras on the part of the Chinese smart phones, I hope, Xiaomi Mi5 in this plan will not fail.

Front Camera Resolution – 4 megapixels, it uses a module with ultrapikselyami size of 2μm, and the aperture value is the same as for the main camera, – f / 2.0. Most likely, Xiaomi Mi5 installed exactly the same module, which was Mi Note. 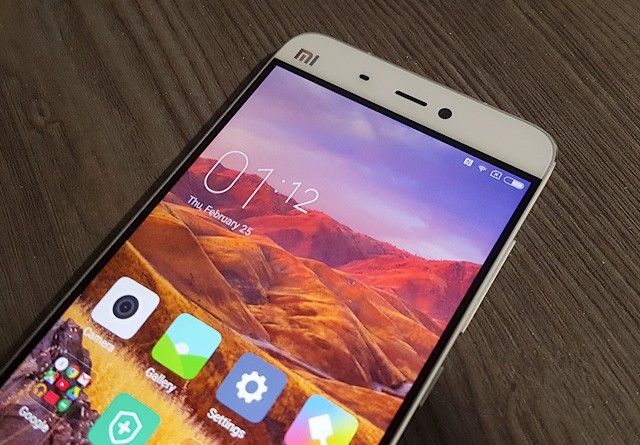 The device runs on Android 6.0. familiar with MIUI 7 system about it I have repeatedly written, so I still have nothing to add. In the new Xiaomi smartphone is locked bootloader, and for many older fans of the brand is bad news, Xiaomi Mi5, most likely, will be no exception.

The smartphone is based on Qualcomm Snapdragon 820 chipset, and then begin the details. The fact that the Chinese version of a device made from three different parameters.

Xiaomi Mi5 (black, white, gold in color) is built on the Qualcomm Snapdragon 820 with a frequency of 1.8 GHz cores, the frequency of the graphics core (Adreno 530) – 510 MHz. The device uses 3 GB of dual-channel memory LPDDR4 standard, operating at a frequency of 1333 MHz, and 32 GB of internal flash memory UFS2.0 standard.

All of the above titles exemplary while versions are only available in the Chinese site, and I it is not strong. Smartphone does not support the memory card, and this is a serious disadvantage, in my opinion. Personally, I no longer enough to 32GB of internal memory as the year already, so in my case version of this volume is no longer just, I have to watch at least 64 GB of the appliance if up my mind to buy it, and it is better to 128GB.

The second drawback – split into three flagship version. This is bad for several reasons. First – there is confusion, which model is better and which is worse, what is the difference. The second – the idea is simply meaningless. The company takes the top chipset and the fastest memory, puts them on the device with undemanding by today’s standards a screen resolution (FullHD) and for some reason makes advanced, supposedly more productive version. For what? Who will see the difference in the frequency of memory on your smartphone or the difference in the frequency of the processor cores and the GPU except Antutu?

The smartphone uses a non-removable battery capacity of 3000 mAh. For today’s flagships is the usual battery, as the smartphone will show itself in the real world, I’ll watch.

Home sales Xiaomi Mi5 scheduled for March 1, at the beginning, as usual, the waves through the official online store mi.com, and after some time he will appear at the dealers. The cost of the simplest version of 32 GB – 2 000 yuan, 64GB version is overclocked processor will cost 2300 yuan, while the fastest version with a 128 GB – 2 700 yuan. For the money the unit is undoubtedly excellent. Even the absence of a memory card slot, impractical and curved glass enclosure, which is why the unit will slide off the table and other surfaces (such as Xiaomi MI Note, I wrote about it), can not spoil the impression of the new flagship of the company. Xiaomi remained true to themselves, and let them late in the half, yet released the device with top performance, while maintaining a relatively compact size and close to the five-inch screen.