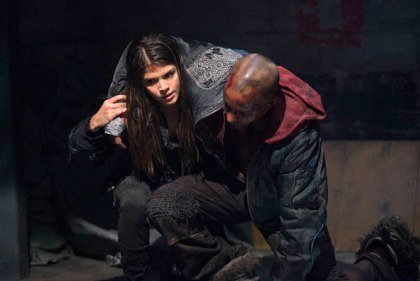 Interview contains spoilers! Ricky Whittle, who plays Lincoln in fiction series “The Hundred» (The 100), told the audience about the impending clash of clans and possible happy ending to his character’s relationship with Octavia.

You’ve already seen the first season finale? I watched it in horror and saying: “You can not do that! You can not skip this! “. I was like those people with TV, who are hired to scream behind the scenes. I hope the audience will be even more shocked. Tell us something about the story … I can paraphrase a famous slogan and say, “The war is near.” It will be very epic spectacle! 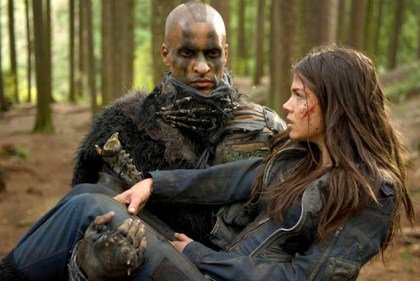 Lincoln feels now? The last time we saw him with a broken heart … He understands that Octavia should be among friends. She was a wayward teenager, hated authority, and is now ready to give up on love for your people. It opens a whole new facets, as indeed he did. Lincoln now – a true warrior, who went against his. And guess how long it will last and how far will. Of course, the part of the young man like a traitor, but he would return to defend Octavia. How do you feel about this story arc? Terrible, because Marie Avergopulos always looks so weird [laughs]! .. In fact, it is easy to work with. On the set, it simply irresistible. I think we are able to convey all the nuances of the relationship of this couple: the audience perceive them as Romeo and Juliet, because they are of the warring tribes. 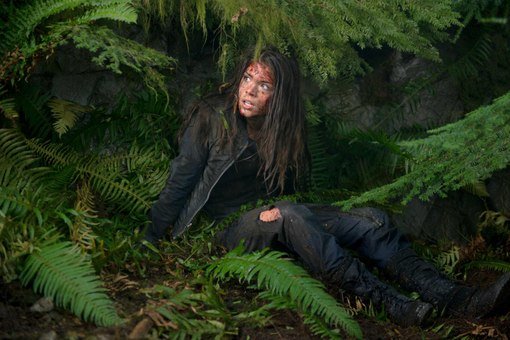 As for the second season, Ricky sure entertainment only be added: “We have made ​​tremendous strides. The pilot episode was good, but now “hundreds” turned into a unique project, not unlike any other series on television. We took the risk and won! Ahead of us so much fun! This is a huge and beautiful world, which means it is necessary to study … Where lies the danger? Are there other tribes? Earth is enormous, and we have mastered only a small area … “.