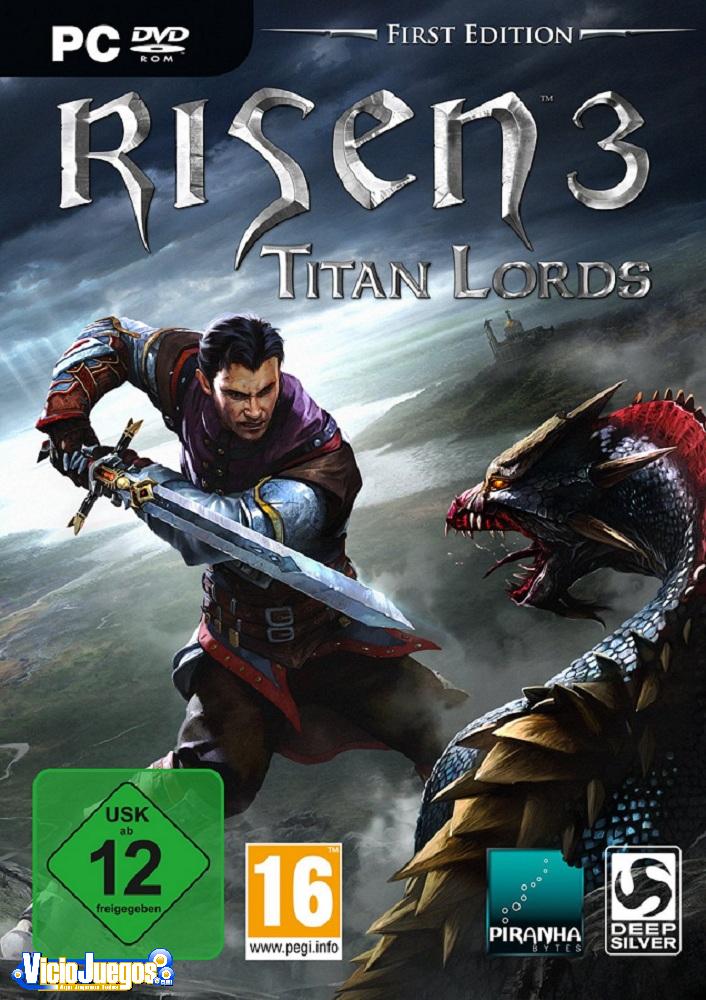 0
SHARES
136
VIEWS
Share on FacebookShare on Twitter
“What we are worse companies producing each year ?! sequel” – it seems that with that mindset developers Piranha Bytes sat behind the creation of Risen 3: Titan Lords. The game contains a lot of friends on the second part of the components, whether it’s scenery, monsters or characters. But the “piranha” did not pay attention, that the popular series is constantly evolving and getting rid of the drawbacks. And here is another adventure with pirate gamy preserved old problems, innovations and look ridiculous.
In Risen 3 nameless hero took place unnamed pirate captain. He arrived on the island in search of treasure, but the cave was faced with a demon, was killed in an unequal battle, and was buried on the beach. A few weeks later the pirate back to life a mysterious man. Hero report that stole his soul, and he turns into a meek servant of dark forces. To avoid the sad fate, sea bass should return his soul. 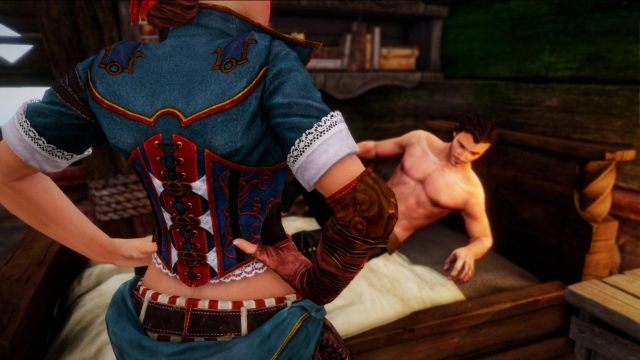 Pirate agrees with the groups, collects powerful sorcerers for the ritual and listens to vague talk of ghosts in the other reality, where it is periodically transferred during sleep. Even successful humorous speech of characters does not save the story of depressing predictability, with the inevitable advent of the newfound conqueror.
After the resurrection it turns out that the hero has to travel to the islands. The idea of ​​whole world, one of the most significant qualities of the first part of a series of Risen and Gothic, the authors decided not to return. Initially available protagonist is unprepossessing piece of plate and one companion. Then he is given a large ship, and the team can grow up to ten people. Basically the ship, as well as in Risen 2, plays the role of a teleport, transporting hero from one island to another. 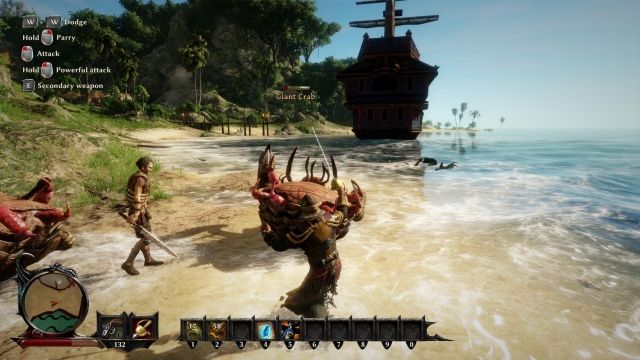 Unfortunately, the creators decided to develop this aspect and added three battles with local versions of the Kraken. During fights with monsters have to manage the ship and turn around a makeshift arena, and at the same time to deal with a lack of sense of weight and inertia from the vessel.Inconvenient interface and control is added hassle, as well as stretch the already dull fight. It’s better to do nothing than to do so bad. A couple of pre-scripted boarding attacks is a simple battle on the deck with the enemy. 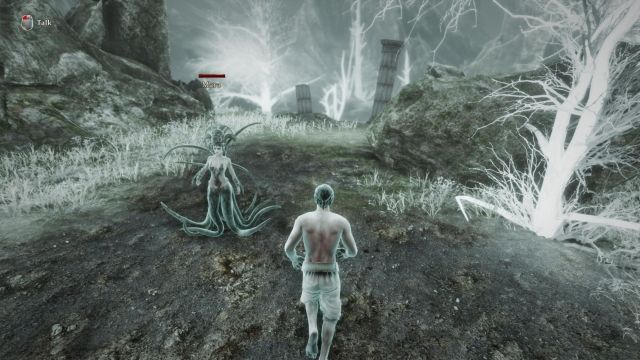 Combat system really is not set up. Foes interrupt character combinations for unknown reasons.Some attacks enemies inexplicably reach the goal. Clashes with little animals still cause fits of rage as a pirate looks clumsy straw scarecrow on background frisky animals with lightning strikes. The fate of the character-based melee, even if we get unenviable steep weapons and new techniques.Accurately calculate nothing can often rely on luck, tumbling around the arena in the hope to dodge attacks.
A small consolation is firearms and the return of magic. In a hero fall into different offensive and defensive spells. Moreover, the pirate with the same efficiency shooting muskets and rifles, pummeling monsters lightning, chopping blade their calls for help hellhounds or combines it all in any order. Training takes place in a familiar pattern: the hero quest and killing enemies gains experience and develops the characteristics and to the acquisition of skills is looking for teachers.
However, the chance to become a full-fledged magician or a generalist does not eliminate the trouble in the face of a strange miscalculation hits and clumsy animation. In addition to the development of magic at least at a basic level takes time, money and resources, and to make it do the old methods.Fortunately, the pirate carries around one partner (you can choose any team member). Comrade distracts opponents and beat them. But colleague has an annoying habit of portraying the statue and chant in a circle three phrases. In addition, the companion is not always follows the hero, and then disappears in an unknown direction.
All the problems of the combat system manifest themselves in battles with two bosses with which the hero fights in splendid isolation. Thick-skinned offspring surround themselves with a constantly growing horde of minions. Here already there is only scratching the enemy loaf ride around and evade Pruszcz from all sides of monsters.
World of Risen 3 full wronged and disadvantaged individuals, and they are happy to give as gifts hero requests. The number of jobs exceeds three hundred! Returned an opportunity to join one of three factions, perform tasks for her glad and get a valuable bonus. In the game there are amusing stories about the division of property, the bases and intriguing stories of the ancestors. But more often the work is reduced to the delivery of items or killing of enemies. In this case, the key objects and characters deliberately scattered in different corners of the archipelago. The protagonist does not just have to stomp up and down on one m the same trails. 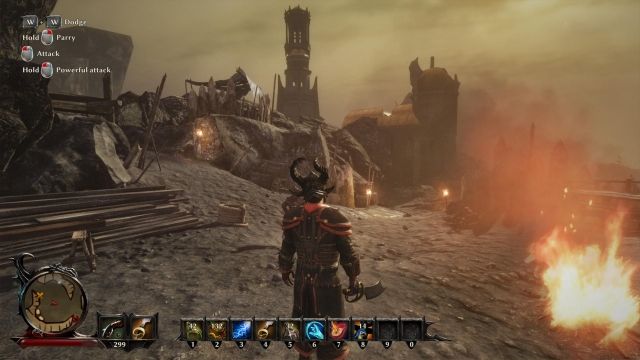 Does not add to the pleasure and the absence of a coherent systematization missions. Some tasks to complete before the other necessarily, but a clear description of this feature is not present. Pirate may not be allowed in a key location, without any explanation. This leads to a tedious and sometimes fruitless walks around the world in an attempt to build the necessary steps to move forward in the correct sequence.
Maps for treasure, treasures and legendary items as and develop protagonist, still moderately entertaining. Alas, the game frankly get tired because of the general monotony of sluggish plot and annoying battles. Besides a pirate theme, quality sets off the second part of the background of other games, is no longer produces the former experience, not only because of the secondary, but also because of the Assassin’s Creed IV: Black Flag .
The fact that the Risen 3 created in a hurry shows and useless idea implemented with the indicator “Soul” of the hero. Pirate can be rude, and then this characteristic decreases. Polite answers and good deeds will make it more humane. But the protagonist sometimes charge a “bad” points for a neutral cue, and a clear insult goes unnoticed. Major impact on what is happening it does not have.
While visiting some of the islands guessed altered locations of the second part. But some areas are dominated by demons and remind scorched desert, others have experienced major changes and are perceived differently. About samopovtorov forget, take a look at new attractions like the ruins shrouded in greenery, huge castles and citadels. Nice looking natural scenery, the dark ruins of ancient buildings and detailed models of actors are the main advantages of the game.

Risen 3 received a number of useful improvements. Hero optionally uses magic and becomes a powerful sorcerer. New islands are impressive size and beautiful views, and residents occasionally indulge non-boring job. But such progress can not make the voyage of a few tens of hours entertaining from beginning to end. The project discourages still the same clumsy combat system, which is unrealistic to learn and did not even really understand. Mission mired in monotony and shuttle races back and forth. The offshore part of the campaign with a prolonged battle with the Kraken has become even worse. Due to the beautiful scenery and do not end up stale pirate theme game retains the subtle atmosphere of the adventure of sea bass, but nothing more to offer than in the state.
Pro:
Contra:
Tags: gameReviewRisen 3Titan Lords
ShareTweetPin