Roboclam: a robot that quickly burrow into the ground 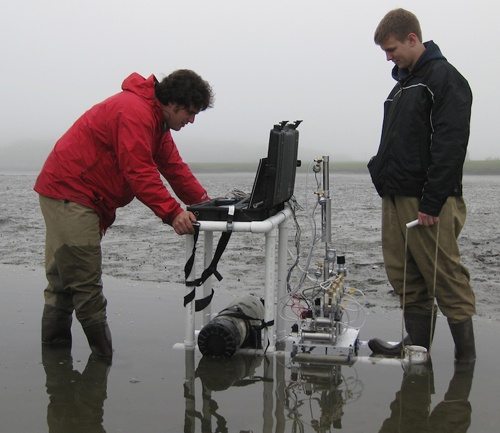 The principle of operation of the machine borrowed from clams – shellfish that plunge vertically into the seabed at a depth of 70 cm, about overcoming every inch per second.

At the Massachusetts Institute of Technology (USA) created a robot RoboClam, which ever is hoping its authors can perform on the seabed various tasks.

Robot digger RoboClam (here and below the image Institute of Physics).

The main feature RoboClam – the ability to dig into the high efficiency muddy or sandy ground. This machine mimics the Atlantic clams (Ensis directus) – bivalves, having a narrow elongated shell length from 9 to 13 cm 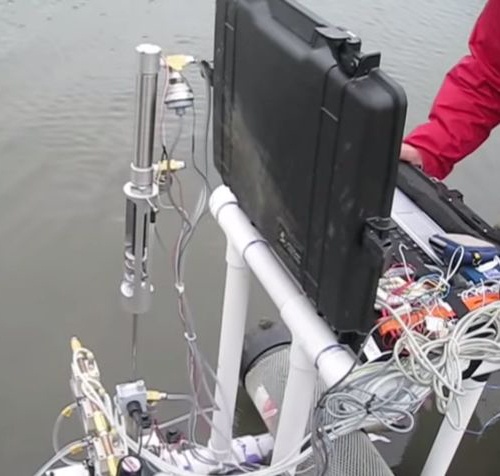 The fact that marine cuttings can be driven vertically into the bottom soil to a depth of 70 cm, spending every inch of the way for about a second. While mollusks use a special technique of motion: first, being hooked on the bottom with a small foot, and then, quickly opening and shutting the sink creates around itself a semblance of quicksand – a mixture of bottom soil and water. It facilitates the movement down, so you can quickly dig at relatively low cost of energy.

RoboClam Razorshell simulates movement, whereby buries approximately the same rate as natural “prototype”. However, in the current version of the maximum depth of 20 cm from the bottom. This is due to the fact that the actuators should be located above the water surface. In the future design of the machine, of course, will be improved.

Developers already spent about 300 test his creation. When diving robot relies on a “genetic algorithms”, allowing to constantly evaluate and adjust operating parameters to achieve maximum efficiency. That is, over time, the machine can evolve, producing optimal technique of immersion in different conditions.

It is assumed that RoboClam can assist in laying cables on the seabed search and clearance of ammunition, hold underwater equipment at a given point, etc.

The study is published in the journal Bioinspiration & Biomimetics .