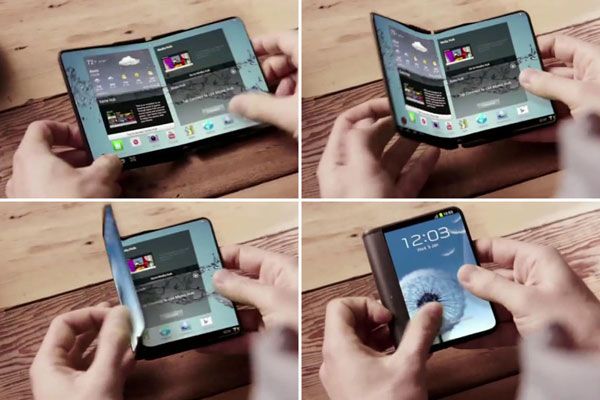 Smartphones are becoming more perfect. But for the most part of their development is directed towards increasing productivity gadgets and almost does not affect their design and some really innovative features. Of course, we have witnessed the emergence of several exciting technologies like 3D Touch, ClearForce, laser autofocus and 2K-screens. But they do not change the practical “rules of the game” in the market.
So now a lot of user attention is focused on the rumors about the development of the emerging smart phone with a flexible display, over which employs at least two major manufacturers including Samsung and LG. And, according to sources, the two companies are close to completing the work on these projects.

Moreover, the Samsung already has a working prototype foldable smartphone that after some improvements could be on the market in January next year. As for LG, the LG Display has developed its first folding screens. Now Koreans appreciate the opportunity to release their own foldable smartphone.

And besides that LG is considering supplying folding screens of Apple and Google, which once again confirms that went online rumors about the development of the collapsible iPhone, which may appear on the market in 2018.

Recall that LG and Samsung are considered market leaders in OLED-displays. But if the LG dominates the segment of the TV display, Samsung’s position is particularly strong in the market of small OLED-displays for smartphones.