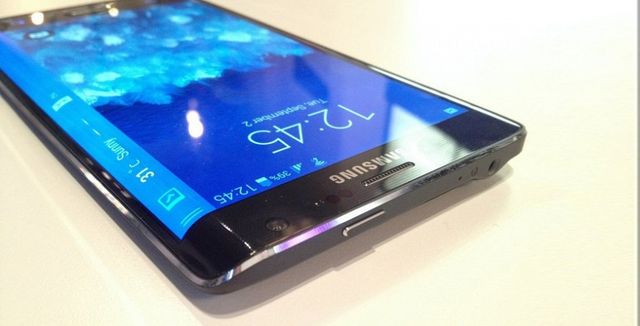 SamMobile released information about the new flagship PHABLET Samsung Galaxy Note 5 as well as the mysterious mobile Project Zen, which had previously been only fragmentary information. Perhaps the new gadgets will strengthen the position of Samsung, which is going through hard times.

Recall exactly a month ago appeared information that in the Galaxy Note 5 will be installed Super AMOLED screen with a diagonal of 5.8-5.9 inches and a resolution of 4K (3840 × 2160 pixels). However SamMobile notes that this is – just one of the options; there is a possibility that the new PHABLET receive 2K screen resolution of 2560 × 1440 pixels, which essentially reduce its price, but also seriously reduce the attractiveness of the gadget.

In all likelihood, Galaxy Note 5 is built on the company’s processor Samsung Exynos 7422; chip recall, combines the computing core and a permanent memory, graphics engine and a modem. There is information that the Korean giant is now testing and version of Exynos 7430 for the Galaxy Note 5, but the rumors about his possible commercial use is not officially confirmed.

Project Zen – a mobile device with a curved, which will replace the PHABLET Galaxy Note Edge. Most likely, it will be installed Super AMOLED-display with a diagonal of 4.5-5.5 inches, which is bent on either side of the body, as in the Galaxy S6 Edge. The heart of the system will be a 6-core processor Snapdragon 808. In addition, PHABLET will be installed 16 GB non-volatile memory and two cameras: the main resolution of 16 megapixels and 8 megapixels in the front for spectacular self. In addition, the gadget will support corporate samsungovskoe pen S Pen.

It is expected that the new PHABLET bring Samsung at IFA 2015, which will be held 4-9 September in Berlin, although at the April press conference, the company no word about this has not mentioned. Not according to the Korean manufacturer and the timing of the presentation of Galaxy Note Edge 2.