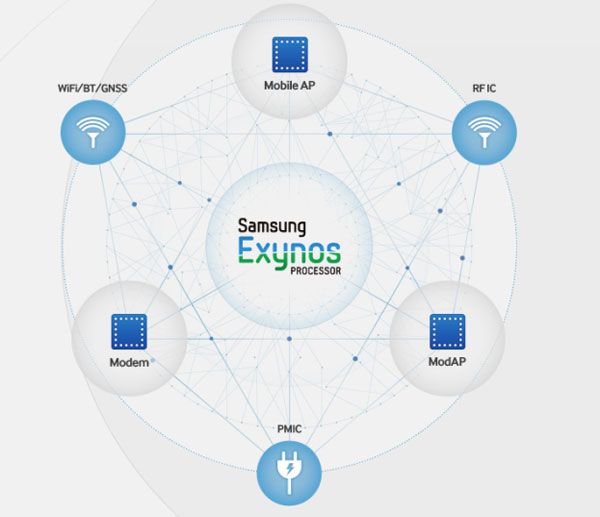 Korean Samsung is preparing to bring to market three new hardware platforms family Exynos, only one of which can be called top-end chipset for smartphones high-end level.

This chipset is known to us under the names Exynos 8890 and Mongoose M1. It will be used in one embodiment of the flagship smartphone Samsung Galaxy S7. The platform is made on the basis of 14 nm FinFET process, and it has a peak processor clock speed of 2.3 GHz.

How confident informants, Exynos 8890 will debut in the second quarter of next year, providing great performance flagship Galaxy S7. And later we can see the chipset and a few other products of the Korean manufacturer.

The second hardware platform, Exynos 7422, according to rumors, was to make his debut as early as planshetofone Samsung Galaxy Note 5. It is only slightly more productive Exynos 7420 chipset and platform is considered to be the weakest of the trio. A third chip, Exynos 7880, will serve as a connecting link between the budget and top-end SoC.

Sources clarify that the last two of the chipset, most likely built on nuclei Cortex-A72 and Cortex-A53, unified architecture ARM big.LITTLE. Their only way out is planned for the second half of 2016. And Exynos 7880 platform, is expected to form the basis of next-generation smartphones midrange family of Galaxy A, and Exynos 7422 will be used in an even more affordable entry-level gadget.