The second season of Fargo send viewers to the past 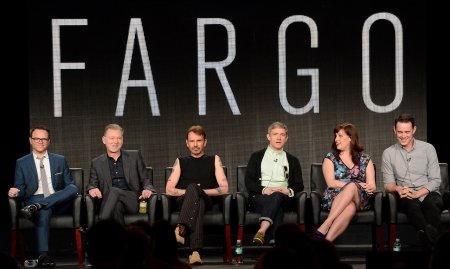 According to the source, the new season will consist of 10 episodes, which will be a prequel to the story of Lorne Malvo. Returning to the small screen series is tentatively scheduled for autumn 2015, and will be shooting themselves in the period from January to May. In the new season, we meet the other cast, because the events will unfold prequel for 30 years before I met Lorna Malvo (Billy Bob Thornton) and Lester Naygarda (Martin Freeman).“We are very proud of Fargo , because the first season was very exciting. We look forward to the next part. Of course, it’s hard to say goodbye to their favorite actors, but the show requires a certain level of realism – it would be wrong to offer the old structure new images. We have to create a separate history, “- said John Landgraf,CEO of the channel FX. The executive producers of the show, Noah Hawley and Warren Littlefield, shared some information about the plot of the second season: “Our story happens in the town of Sioux Falls in 1979, and the protagonist will be 33-year-old Lu Solverson,who recently returned from Vietnam. He thought that he had left behind the horrors of war, but came home, convinced of the opposite. “ Fans of Fargo , remember that Lou Solverson appeared in the first season.He – the father of Molly (Allison Tolman), a retired police officer and the owner of a small diner. With this role admirably veteran Keith Carradine screen. Unfortunately, loved by many viewers Allison Tolman is unlikely to appear in the second season, as in 1979, her character was about four years. But fans will be able to learn more about what happened with her ​​mother Molly. In any case, a new story and a different cast of completely “untie the hands of” writers, and hence we can expect a decent continuation of a great series.