Secrets of “Planet of the Apes” 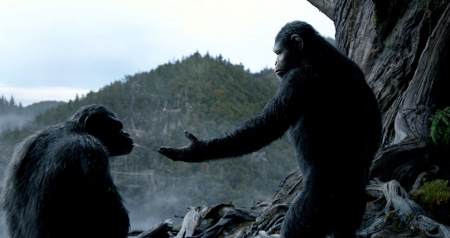 Starring Gary Oldman , Andy Serkis , Keri Russell and directed by Matt Reeves responded to questions about the festival visitors WonderCon blockbuster ” Planet of the Apes: The Revolution “, its relation to the famous franchise and science fiction in general.

Have you watched the original ” Planet of the Apes “? Gary Oldman: I was nine or ten years old when the picture were released.I can not imagine my childhood without this film. When I agreed to participate in the project, not only got the opportunity to work in a great company, but also wrote his name in the history of cinema. Matt Reeves: The Movie in 1968 changed my life. I was delighted with the make-up John Chambers. I like that projects of this franchise, remaining scale blockbusters raise serious questions. 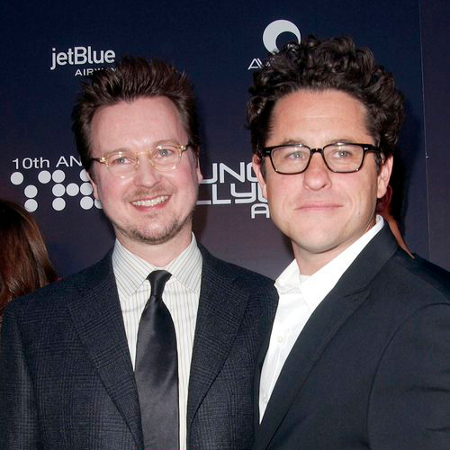 Heroes Carey, Gary and Jason Clarke were named Ellie, and Malcolm Dreyfus. So you decided to give homage to the works of Steven Spielberg ? Matt Reeves: Well, what you’re paying attention to it, but I think it happened by accident. Keri Russell: I have an interesting story about Matt. I am familiar with him and JJ Abrams has to work on the TV series ” Felicity »(Felicity). When they were thirteen years old, they took part in the competition for young filmmakers, dividing the first prize. Steven Spielberg heard about this contest, and then met with the winners, giving them the opportunity to do some of his films installation “Super 8”. They both are his loyal fans. 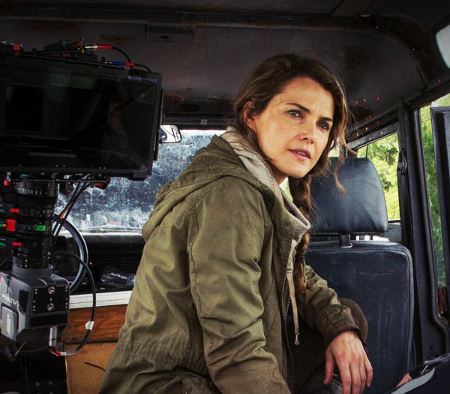 Carey, well if you are familiar with the genre of science fiction? Keri Russell: JJ – a real fan of ” The Twilight Zone »(The Twilight Zone). One of the episodes of“Felicity” was filmed in the spirit of the cult show. We even invited one of the directors of this popular series. And last year I starred in the sci-fi thriller ” Dark skies . “ 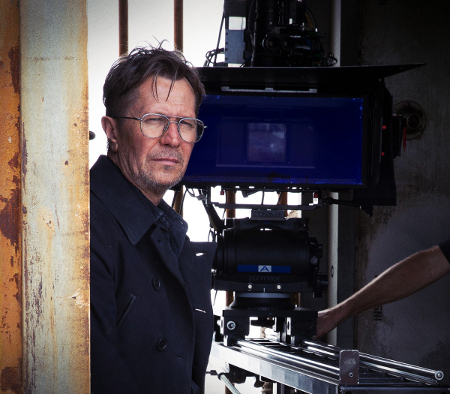 Gary than the science fiction genre attracts you? Gary Oldman: I can not call myself a fan of this genre. As a child I certainly looked “Planet of the Apes,” but I can not say that I love science fiction. For example, I’ve never understood ” Star Wars . “ It’s just not my thing. As a child, I did not read comics about Batman . I am not a fan of and stories about wizards . I have never experienced a great interest in the genre of science fiction, but after the ” Fifth Element “and” Lost in Space “I have been actively calling in such projects. When in 1997 I was offered to star in a film by Stephen Hopkins , I wondered: “Is not there a better option?”. It turned out that at that time there was no other proposals, and I had to accept the role

Can we call Dreyfus antagonist? Gary Oldman: Somehow all around want to see me a villain … Keri Russell: The beauty of this film lies in the fact that there are no villains in the conventional sense of the word. Characters of the film are trying to survive in the new environment, to protect their families. Gary Oldman: I think that some politicians still could call my hero terrorist. He wants people to have not only survived, but survived and monkeys. 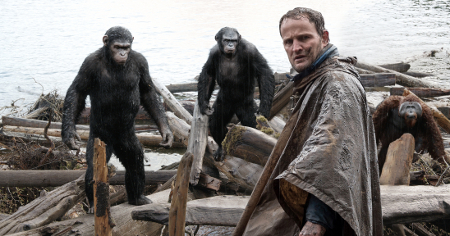 How will this project scale compared to other films in which you were being filmed? Gary Oldman: Most of the time I spent on the set in the scenery. My colleagues and I have worked a lot in the interior, but because it’s difficult to judge how large scale were shooting on location. I know that the heroine Carey much longer will the company monkeys. Keri Russell: Viewers will find incredibly massive blockbuster. We have worked in this impassable forests. Cemochnoy group was not easy to put all the massive equipment on narrow trails. Andy Serkis: I had a great time in New Orleans. This is a very beautiful city, and I love jazz music … I would definitely return back if the opportunity arises. 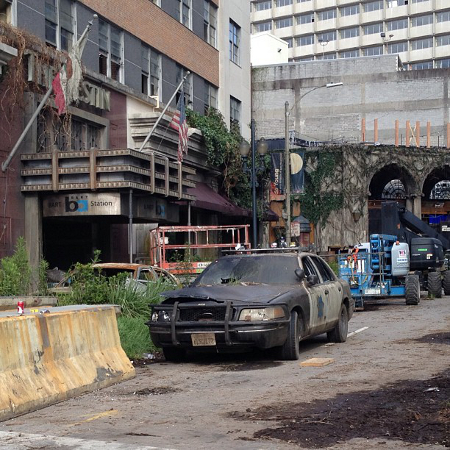 Andy, if you have revised the old films from the series to prepare for the role? Andy Serkis: I reviewed the first part while working on the ” Rise of the Planet Apes “. Heroes of our movie were in the early stages of development compared with the characters of old paintings. I did not want to build on already existing images. I decided to scrutinize the habits of chimpanzeesOliver has acquired popularity in the 70s of the last century. Above it conducted many experiments because it was considered an intermediate stage between ape and man. Oliver always walked on two legs, and his facial expressions really resembled a human. Even while working on ” King Kong “I wondered about how to behave in the presence of a monkey man. I spent some time in Rwanda, and watched their behavior in many zoos. I can say that in the presence of human monkey move much faster than in the wild. Caesar’s behavior will change in the second movie, because he realizes that he can not behave like a man among his relatives.

Did you enjoy working with Andy Serkis? Gary Oldman: I like the new technology, because I could see Andy’s face. If he was wearing a mask or under tons of makeup, then it would be difficult to understand what emotions it expresses. Keri Russell: Filming scenes with Caesar are no different from working with other actors. We have an opportunity to interact with Serkis, seeing his reaction to our every phrase. Andy – terrific actor. Matt Reeves: I had never encountered motion capture technology. I have seen the results of Serkis,but I had to figure out how to come through creating Caesar. I was impressed with how computer graphics specialists use mime actor to create an image of this character. I hope that in the new film, modern technology will allow us to show even more impressive transformation in Serkis Caesar,because he just outdid himself. For the director is no greater pleasure than work in the company of brilliant actors. 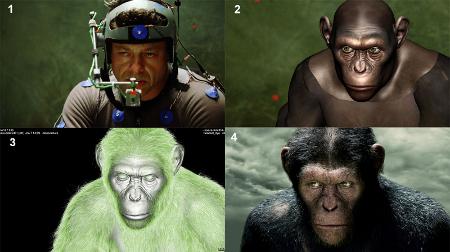 Andy, as we are working on “barnyard” and ” The Jungle Book “? Andy Serkis: We ‘re ready to shoot , “Animal Farm.” Based on the novel by George Orwell was to be the first project of my company Imaginarium Studios, but we have to modify the script. I took a break from work, and then received an invitation to remove the “Jungle Book” for the studio Warner Bros. I loved the script and I immediately saw how this story can be transferred to the screens. While working on “barnyard” we came up with an interesting way to images of animals, which I’m going to use in the “Jungle Book.” The film pretty grim story that is very similar to the tone of the original stories by Rudyard Kipling .

Tags: blockbusterfilmInterviewMoviePlanet of the Apes
ShareTweetPin