“13 Sins” by director Daniel Stamm (“The Last Exorcism”, “A Necessary Death”) has the thankless task of cause with the issue of legality in the areas of ethics, slippery thing in the show of this era.

Emanation cross the solid work Thai “13: Game Of Death” (or “13 Beloved”) whose rights were purchased years ago by The Weinstein to invest in a new project in English, “13 Sins” was commissioned to write for the Stamm screenplay (duet with David Birke) and to direct the narrative in an alternative way to the Asian title.

The result is a dense and disturbing film, permeated by a voltage upbeat energy and white-hot, thick dictionary in the enviable qualities of cinema thriller.

Elliot (Mark Webber), licensed by the insurance company where he worked as an agent, has several problems to solve. Unemployed and without money, the man must take care of a brother mentally delayed and provide for the care of an invalid father and racist (Tom Boxer), with the added concern of a wedding coming up with his girlfriend Shelby (Rutina Wesley), already pregnant.

In debt and in trouble, seem to be no solutions for Elliot, until the day he receives a phone call from a mysterious organization, who invited him to participate in a kind of game where you will have more than 13 increasingly challenging tests at the end of which, if these be overcome, the man will receive in your bank account several million dollars.

The first challenge is simple: for a thousand dollars Elliot will have to swallow a fly, but as the game progresses, the requests will always be the most insidious and depraved, how to make a child cry and burn a sacred object in a church.

But the incentive is strong and the premium is too generous to resist the temptation to try. 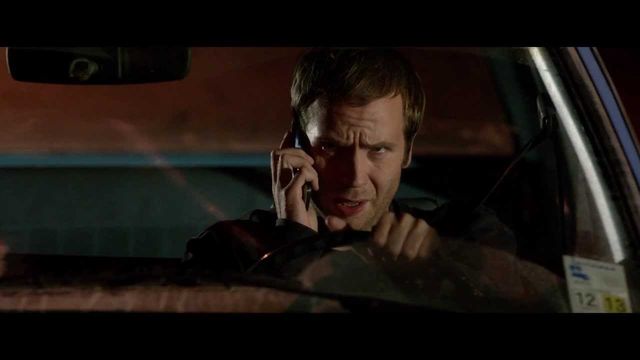 Elliot agrees to participate, but how much does the soul of a man? Stamm does not fall into the trap of moral allegory cheap and composes a Psychothriller tension on the wire, giving a rhythm in growing obsession, no frills and stumble up to an epilogue.

The theme is not new, but the charm is in the box. The price of the Salvation Army in front of the money is a provocation to which the horror film is already occupied by “The Most Dangerous Game” of ’32, in “The Box,” Richard Kelly in 2009, up to the excellent and latest Black Comedy by EL Katz “Chep Thrills” (2013), with variations in the key of “The Game” Fincher (’97).

It is no coincidence Stamm begins its story at a crossroads, where Elliot is still at the wheel of his car in the middle of nowhere, in the dark of night, probably the same crossroads Robert Johnson in his “Crossroads”, the intersection of choices, where the adversary expects to launch its offer.

Stamm synchronizes images, graphics and dialogues and assemble them in a clear and sliding track, which adds the beat of a rhythm in a constant acceleration and a little humor noir ‘Monty Python, that stempra suspense and dynamics.

It would be a blow for “13 Sins” drop in cinema institutional rigged by clichés, stereotypes and euphemisms routine, but Stamm dodges the conventional mixes drama and humor and earn a thriller of identity. Sharp irony and satire are declined with intrigue and uneasiness in a theater of squabbles between the surreal and tragic.

The director likes to resort to a choreographed burlesque and minstrel, like an amusement park, where the environmental Stamm final sequences of the film or as the circus of a track, which recalls the filmmaker without tiring, even obsessive cellphone ringtone clownish Elliot, as a reminder that the game is after all just a show, a spectacle of acrobatics without a net in an arena under the tent, between bands and fanfare in celebration.

The odyssey of morality “13 Sins” is cinama acid and sharp, a Frek-Show acrobatic and equivocal, where Stamm shaking drama and black humor in a staging vitriolic as the game of a tragic clown.