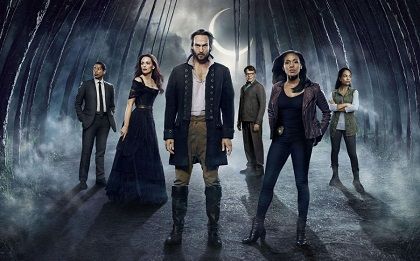 In the previous series of Ichabod (Tom Mison) a chance to show off to Abby (Nicole Behari) for its success in driving. Guest of the past are increasingly being developed in the modern world, and soon we will be able to see it not only driving a car, but with a microphone in her hand. 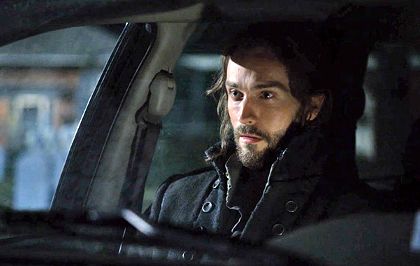 It’s interesting that fans of the series contributed to the shooting of a curious scene that awaits viewers this season. One of the fans of the show brought to the attention of executive producer Len Wiseman information that Tom Misonwonderful singing. Wiseman was impressed by the talent of the actor, having decided to give that opportunity to display their vocal talents on the set. At a meeting with fans of the series shouranner Mark Hoffman announced that in one of the upcoming episodes Ichabod will be introduced to karaoke. 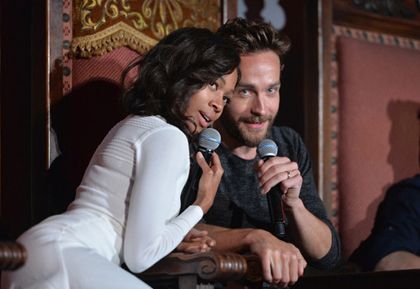 Another intriguing piece of news concerns a possible crossover with another popular mystical thriller “Supernatural» (Supernatural). The creators of “Sleepy Hollow” stated that dream to give tribute to this old-timer channel The CW.

In addition, Orlando Jones, who plays Frank Irving, and Misha Collins, who plays the rebellious angel Castiel, repeatedly expressed the idea of creating a crossover of two popular shows. In support of this possibility appears and the many millions of fans of both fantasy series. The creators of “Sleepy Hollow” does not remain deaf to the requests of fans. “We would be happy to somehow express their love for” Supernatural “- said Len Wiseman. – This is a fantastic idea, but we do not know how and when we will be able to implement it. ”

It is worth noting that, if successful, viewers will double the intensity of emotions, more unexplained mysteries, and perhaps, the duo Ichabod and Dean (Jensen Ackles). But recently we have seen that the senior Winchester also not averse to sing from the heart.

Whatever it was, the producers “Dell” promise dizzy all of the second season finale. Wiseman and Hoffman assured fans of the project is that they have a thought-out plan for this season. They promised that it will make the ending again viewers look forward to the return of the show on the air. “The basis for the coming events is laid now – said Len. – Subsequently, the audience will be able to review the episodes of the second season and see for yourself that the grand finale was planned in advance. ”

So carefully watch every new episode of Sleepy Hollow, since any part of the plot may eventually prove to be extremely important.