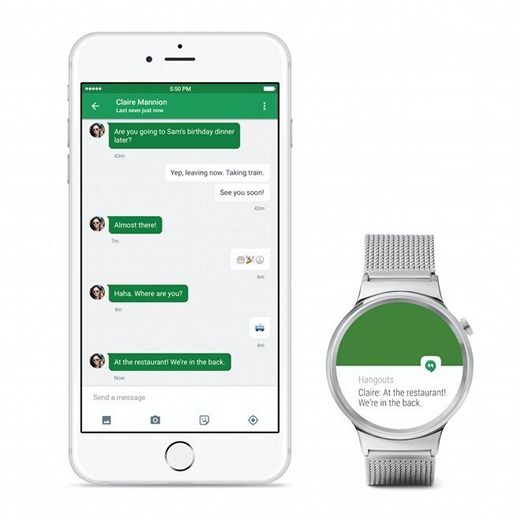 A few days ago, Google officially announced the compatibility of “smart” gadgets platform Adroid Wear with mobile devices from Apple. But whether they can claim to be the best smart clock for the iPhone? Perhaps, after all, is not.

In Goolge claim that Android Wear on iOS supports most of the features available on Android-powered device. Smart watches are able to display a notification card from the smartphone and Google Now, provide convenient services to work with the internet giant and track physical activity of its owner, also has a voice search. On the other hand, users can not load third-party applications and respond to incoming messages without taking your smartphone out of your pocket, and the choice will be limited to a small dials set in Annex Android Wear.

In addition, in the Android Wear no integration with the platform Apple HealthKit. In other words, users do not have the ability to synchronize data on the number of steps passed and heart rate with a standard application in the Health iOS. Detailed statistics will be available only in the client Google Fit.

We add that at the moment work with iOS is officially supported only three hours on the smart Android Wear, namely: Asus ZenWatch 2, LG Watch Urbane and Huawei Watch.