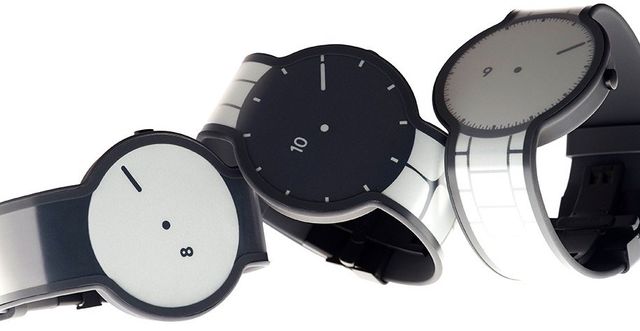 Japanese electronics company Sony has finally lifted the veil of secrecy over the “secret” project, which became known a few months ago. It was believed that this project is not owned by Sony, and is an independent company. As explained to the Japanese manufacturers, needs all this marketing farce was to study the market demand.

What gadget did the company? In fact, everything is very simple. It turned out to Smartwatches, but not simple, and of electronic paper. Unusual material gives the watch a couple of unusual properties.

First of all, it is worth noting that the clocks are made from electronic paper and are called FES Watch, can be screen over its entire surface. This feature allows the user to literally choose the design of his wrist device. Another important feature, which gives FES Watch electronic paper, became their high energy capacity. The fact is that according to a statement Sony, the watch can work out in the off-line to 60 days.

Unique and perhaps the most important drawback are their functionality hours. According to the description, the clock does not have any “traditional”, for modern devices functions. They cannot even be synchronized with mobile devices such as a smartphone or tablet. In fact, just watch and do nothing but show time. In addition, they have a calendar and an alarm clock. All this is quite modest by today’s standards. On the other hand FES Watch may be the first of its kind and begun a series of hours of e-paper.

On the market, the first commercially available Smartwatches FES Watch from Sony will tentatively in May next year. The cost of the gadget when it will be about US $ 170 per unit.