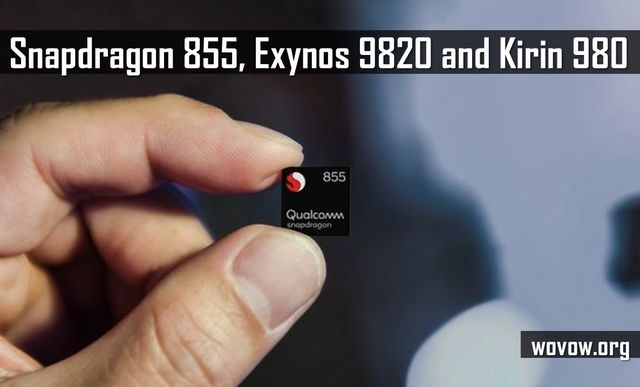 Every year, manufacturers of smartphones produce at least two flagships. The smartphones have high-end hardware, cameras and other features. You can compare cameras with real sample photos and rating from DxOMark. However, you cannot do the same with processors.

All flagships are powered by powerful chipsets and all of them have incredible scores in synthetic tests. However, benchmark is not real life. How does processor cope with games and everyday tasks? How much battery does it consume? What about throttling? There are a lot of questions.

In this article we decided to compare three flagship chipsets of 2019: Snapdragon 855, Exynos 9820 and Kirin 980. Which processor has better performance in 2019? 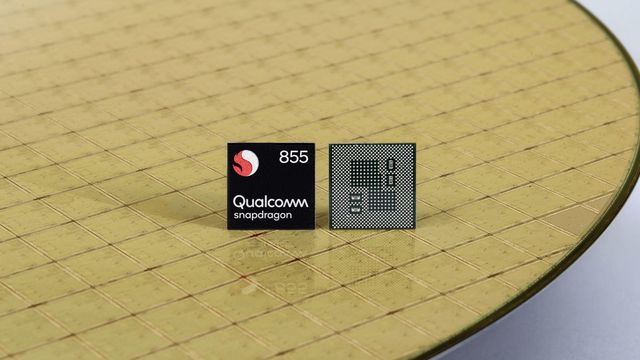 The flagship among the flagships is Snapdragon 855 processor. The chipset debuted at the end of 2018. The first smartphone based on it was Lenovo Z5 Pro. 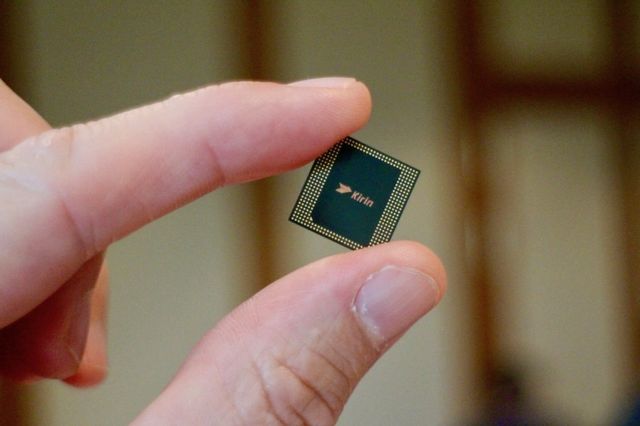 Huawei is a Chinese company, and it is the first manufacturer, which introduced 7-nanometer processor. However, one thing is to develop processor, while another is to release smartphone on it. In this case, Apple was the best. 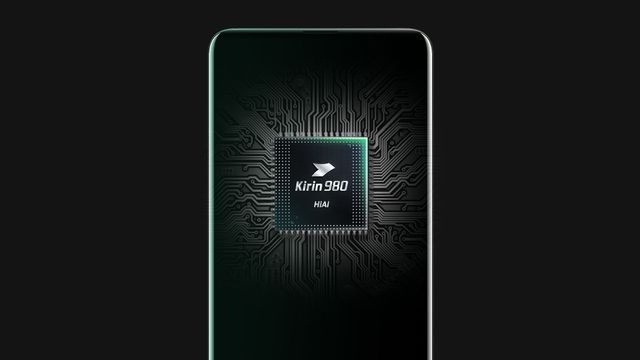 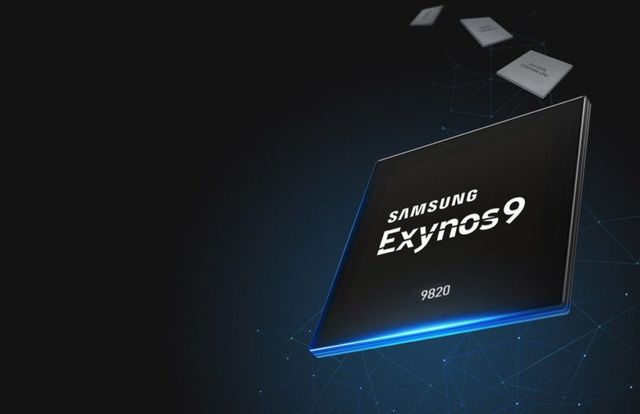 The only thing that Exynos 9820 could stand out from the competition was a technical process of 8 nanometers. It was only processor with 8nm process technology. Although the difference compared to Kirin 980 and Snapdragon 855 is very small, but when it comes to units, each nanometer is very important.

Interestingly, Qualcomm provides the most detailed specifications of its processor. It literally painted the smallest details.

It is impossible to review processors without comparing their synthetic performance. However, all these benchmarks are unimportant for real life. It often happens that processor is great in benchmarks, but it is very weak in real life.

The real performance depends on GHz and the number of cores, but also on optimization, operation of processor scheduler, operation mode, type of cores, number of clusters, etc.

What is most important in any smartphone? Of course, energy efficiency, speed, smoothness and stability. Using good optimization, the smartphone on mid-range processor will be better than on flagship.

Looking at results, you will see that Snapdragon 855 is the leader, and this is not surprising. The processor copes well with both synthetics and real-world tasks. For example, Xiaomi Mi 9 scores 372287 points, and this is an incredible result!

The next one is Exynos 9820 with about 321187 points in AnTuTu. Not bad, but it is clear that Samsung processor is much weaker than Snapdragon 855.

Moreover, Exynos 9820 is worse than Kirin 980, because the Samsung processor has very serious problems with the scheduler, as well as the graphics accelerator. As a result, the chipset is the most unbalanced, unstable and sluggish, especially in games.

Advanced users have long been aware that Samsung flagships on Exynos are losing to the versions on Snapdragon. So, if you want to buy new Samsung Galaxy S10, then you should buy Snapdragon 855 model. 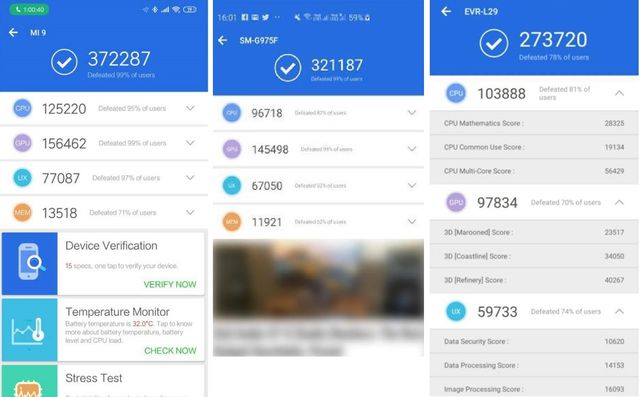 Kirin 980 is an outsider in synthetics test. The chipset loses to both competitors, although in real-world tasks it is inferior only to Snapdragon 855. There are no problems with the scheduler, unlike Exynos 9820. Also, there is support for GPU Turbo technology. Kirin 980 is very good for modern games. In fact, Kirin 980 with GPU Turbo technology is almost catching up with Snapdragon 855.

If you look at GeekBench test results, then it is clear that the leader of the race is Snapdragon 855. Then Exynos 9820 follows, and Kirin 980 is the last one.

Samsung chipset is much better in single core test with 4539 points, but Snapdragon 855 has better result in multi-core test – 11130 points. Kirin scored 3336 and 9839 points, respectively. 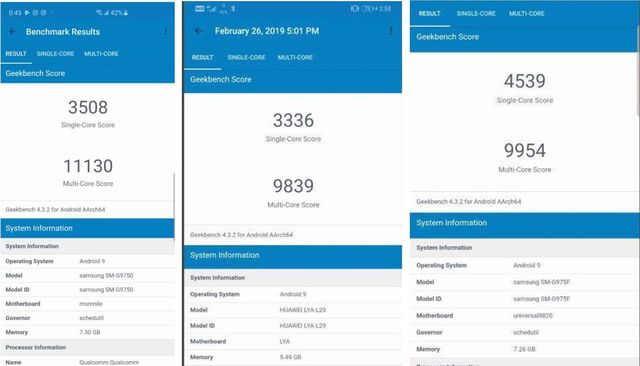 Each flagship chipset has its own features. If we take Exynos 9820, it can record video in 8K at 30 fps or 4K at 120 fps. The competitors cannot do this.

As for the Qualcomm Snapdragon 855, the processor has a lot of advantages. We should start with an image taking and video recording. Snapdragon 855 supports recording and playback video with 10-bit color depth in 4K HDR10+. In addition, there is a bokeh effect when recording video. There is also playback in 8K 360 VR.

Also, flagship processor from Qualcomm has Aqstic audio technology with built-in support for DSD audio formats, as well as PCM up to 384 kHz / 32-bit. We should say about Quick Charge 4+ fast charge technology.

It is clear that Exynos and Kirin have some interesting features, but, alas, manufacturers do not reveal detailed specifications to the world, as Qualcomm does.

The Best Processor for Games and Everyday Life

Snapdragon 855 looks like the best mobile processor in 2019. Not only because it has a lot of points in benchmarks, but also because of the cooperation with Google. Qualcomm works closely with Android developers, so the smartphones on Snapdragon 855 has very good software optimization.

Anyway, Exynos and Kirin processors are still modern and powerful solutions. They have their own advantages and disadvantages. However, we hope that manufacturers will fix the drawbacks of their processors.

The most popular mobile chipset in 2019 is Snapdragon 855, since this is a processor for every phone manufacturers. As for Exynos 9820 and Kirin 980, then there will be only some flagship smartphones from Samsung and Huawei.

It is possible that Exynos chipset will be used in some Meizu devices, as it happen before. Anyway, it is nothing compared to Snapdragon 855.