Sons of Anarchy. Jax no longer need to be a good

On a sunny day outdoors. On the set of Sons of Anarchy indicate completion of the project. And, surprisingly, the cast and creators of the series is not as gloomy as it might seem. “We generally refuse to believe that it all ends”, – says Katie Sagal. While there may be someone already believed, but to come up with a way not to part with his character. “I am more likely to attend all sad thoughts, and even panic – says Charlie Hunnam. – But I look at the end of the project through the eyes of Jax. After all, my character does not know that he lived to a seventh season, and his fictional biography of need, sooner or later a point. So I try not to think. “

And to think Jax will have a lot. At the beginning of the seventh season, he was back behind bars after was found near the body of his brutally murdered wife Tara (Maggie Siff). “I think Jax is not yet fully realized what had happened, not felt the loss, – says Charlie Hunnam. – He hid the tears away and thinks only of revenge. “ 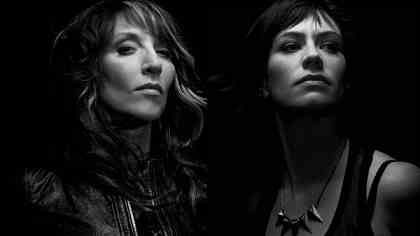 Escaping to freedom, Jax immediately begins to implement his plan for revenge in life. And judging by the promotional poster, in which a face Teller recalls grim grin of death, his revenge will be terrible. “If he survives the coming events, it becomes even more brutal – shared Hunnam. – Jax always tormented questions about how to live and how to be. Now he no longer needs to be a good guy, because Tara is dead. So he, in a sense, given carte blanche. This season, my character will have a difficult choice. If nothing compels him to leave the underworld, he must be the one who can survive and prosper. “ 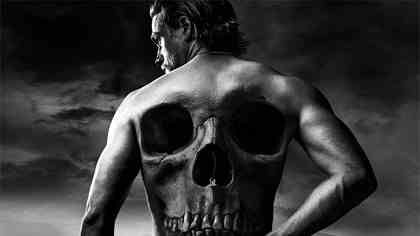 Sadly, Jax does not know that the person to whom he must first bring down his revenge – it is his mother. Gemma (Katie Sagal) did it out of fear that Tarasurrender Jax and the club. “It is even possible to understand. For Gemma is in first place club – says Sagal. – She believed with all my heart that this is necessary. “While the relationship between mother and son remain the same. “Gemma for him like a stone wall, for which Jax can optionally hide. She – his ally when it comes to the protection of the family “- says Charlie Hunnam. “My hero betrayed so many times that it almost does not trust anyone. To those who do not have it is not a relative or member of the club, you need to be on guard … “- adds the actor. 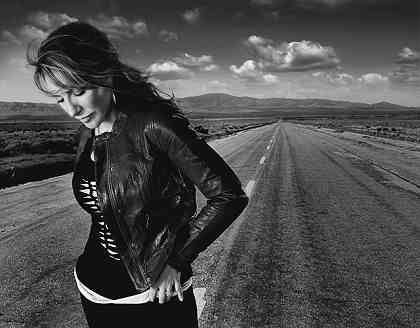 Especially careful to not stir quickly, because his previous season expelled from the club, and yet he knows who killed Tara. It was he who shot the sheriffRoosevelt and hidden clues to defend Gemma. It seems quite obvious that he is not a tenant. However, Theo Ross and playing sharper, believes that knowledge – force, “Gemma and he is now linked terrible secret. Because Lively becomes a dangerous man. We do not know what he’ll do. “ But how long they will be able to rely on each other?

Series creator Kurt Sutter commented on this situation as follows: “There may come a time when Gemma cease to trust fast. And perhaps it will stop trust her, because she has a compromising its information … In any case, the voltage will be incredible. “

All complicated by the fact that the former sheriff Unser (Dayton Collie) decides to dig deeper and find the culprit in the death of Tara. “He was in his own way tied toTara and wants to protect children. You could say he even feels for them some responsibility. Unser still a good cop who knows how to conduct an investigation, “- said Sutter. 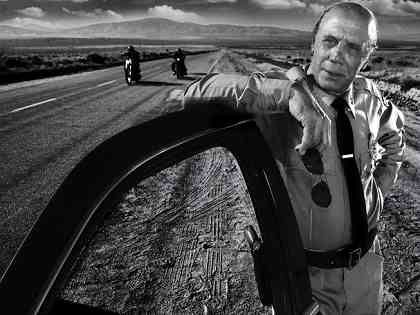 The heroes of this story will be other problems, chief among them – a state of total war with other gangs, which Jax uses in order to get revenge. In the city there is a new sheriff (Annabeth Gish), and the relationship Jax and Nero (Jimmy Smits) are becoming increasingly strained. In addition, the ex-wife Teller, Wendy, now raises his children, which also adds fuel to the fire. In addition, in the seventh season of the audience again waiting for the appearance of a transsexual Venus van Dam (Walton Goggins).

“I look at all of these events, not as a final chapter of the story, but as one more season, otherwise there is the risk of sliding into confusion and confusion. But we wanted to make sure that at the end of the last series of our viewers had fewer questions – said Sutter. – I understand that the ending of the series can not please absolutely everyone, but it should not be honest. Just want to events unfolded naturally. As soon as the truth will be opened, or vice versa, hiding, Jax himself come to the decision that he needed to take. “