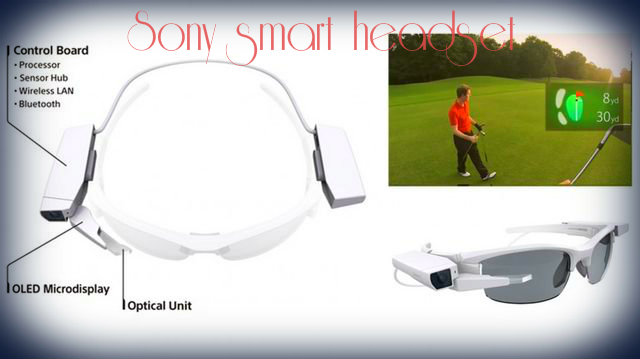 Sony is here more than a year working on implementing a very interesting project. But due to lack of investment project was never realized. Until recently, the conceptual design was kept secret, but now, apparently, because of the need to attract investors, Sony told the world about his project.

Compete in the market with the “smart” glasses from Google will be very difficult, at least in the coming years. Sony’s engineers do decide to do it, and do not let them yet successful. Although the project is the creation of “smart” headset for glasses have not been successful, it does not mean that it is bad.

The meaning of the concept is to create a hinged headset that can be attached to any points with sufficiently strong bows. The “points” awarded its owner several interesting features, for example, allow conducting photo and video shooting, determine the distance to an object, to work as a registrar. With the help of Wi-Fi connection headset can report the latest news, exchange rates, weather and much more. In essence, the brainchild of Sony allows you to make “smart” any glasses.

We also know that Sony headset battery should last for more than a day of work, provided that the user does not conduct a photo or video shoot. About how much can cost such a device is not yet known. The only significant drawback headset at this stage is its size, although the weight of the device is not so great, only 30 grams. Among Sony also said that recently they managed to find a private investor to support the project, which means that the headset can appear on the shelves in the next year.