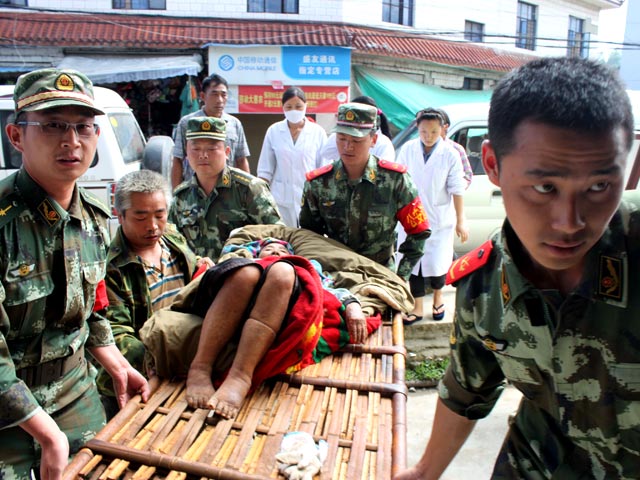 As a result of the strong earthquake on Friday morning in southern China , 29 people injured , reports Xinhua. Magnitude 6.1 earthquake epicenter was located in the district Intszyan Yunnan .

In this region , bordering Myanmar, is home to about 300,000 people. According to local authorities , five of the 29 injured are in serious condition.

Yunnan Province is located at the junction of the Eurasian and Indian tectonic plates and is characterized by seismic activity , said RIA “Novosti” . Last week because of aftershocks with magnitude 5.6 in the region were damaged thousands of buildings around 9.5 , at least 13 people were injured .

According to Xinhua, this time because of damage to transmission towers remained without electricity for several villages. Strong tremors were felt in Pinyuan and other settlements located dozens of kilometers from the epicenter , reports NEWSru Israel.

The provincial government has sent to the scene Emergency Commission , consisting of more than 50 people , to assess the effects of the disaster . In addition, authorities have sent tents, blankets , folding beds and mattresses for the victims.

In March 2011, in the region during the 5.8 magnitude earthquake 26 people were killed and over 300 injured. Strong earthquake in China often lead to the deaths of tens or even hundreds of people , primarily because of the poor quality of construction in provincial China.