The best summer music festivals in 2014 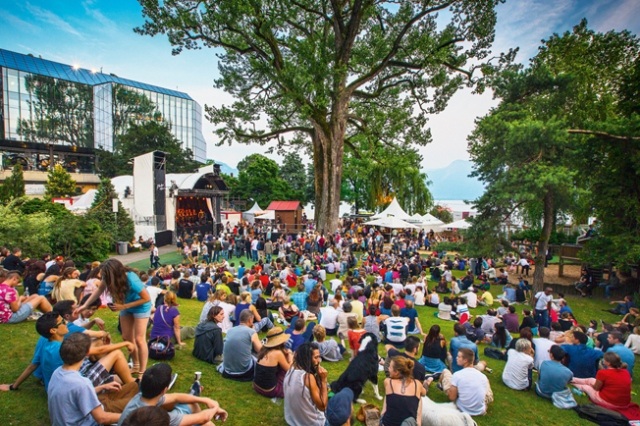 That is:
At the biggest pop music festival Summerfest Wisconsin will operate 45 stalls with American, Italian and Mexican fast food.

The festival Flow will arrive in Helsinki 30 cafes and restaurants, including the popular Finnish Café Bar 9 and Tori.

And at a rock festival Lollapalooza Chicago has its own chef Graham Elliot, known for his cooking show Junior MasterChef.

Those who come to the Montreux Jazz Festival Montreux, worth a drink at the bar Le Sunset overlooking Lake Geneva, or try Swiss wines in Terrasse Point-Vert – places will only work during the festival.

What to do:
The festival of classical music Dubrovnik arrange literary evenings – for example, a meeting with the writer Alessandro Baricco.

During the jazz festival in Montreal, the city will be led tours and talk about the history of jazz ($ 18).Also, you can make a three-hour ride on a boat on the St. Lawrence River with the Brazilian guitarist Paulo Ramos – in the price of the ticket includes a four course dinner and performance artist (bateaumouche.ca, tickets – $ 137).

What to do with children:

At Lollapalooza will build a separate children’s stage Kidzapalooza – artists play on it for the kids. Appears and area for toddlers c animators.

And going to a festival in Montreux, you can park for free the child from three to ten years nanny for up to four hours in a special children’s area.

The world’s largest pop festival concerts at 11 venues visited by almost a million viewers. At this time, perform One Republic, Lady Gaga and Bruno Mars; summerfest.com, input – from $ 6.

Performances by artists from 30 countries, including blues legend Aretha Franklin and BB King;montrealjazzfest.com, input – from $ 23.

The festival, founded in 1950, are theatrical productions, concerts of classical music. At this time, waiting for a nominee “Grammy” Ninnu Freelon and Italian pianist Andre Padova; dubrovnik-festival.hr,input – from € 10.

Festival of rock and pop music in Valencia this year and takes Babyshambles Kasabian; fiberfib.com,input – from € 49.

In Chicago’s Grant Park will perform hundreds of alternative artists like Kings of Leon, Broken Bells, Eminem; lollapalooza.com, input – from $ 100.

This year the festival will celebrate the 10th anniversary – will come more than 60 musicians from various genres – from jazz to techno and from classical to hip-hop, and including Swedish Nene Cherry and South African group Die Antwoord; flowfestival.com, input – from € 89 .