Team “Castle”: “We dream to send this couple to Mars” 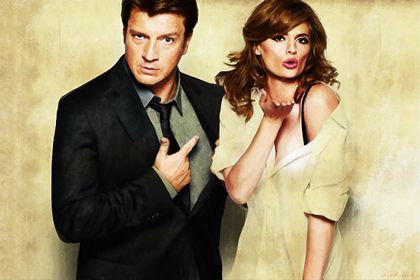 Creator of the series Castle Andrew W. Marlowe, as well as writer and producer David Amann, answered questions fans of the detective series on ABC about the new season, their favorite episodes and plans for the future.

You think through in advance the plot?

Andrew W. Marlowe: The story of the investigation into the murder of motherBeckett was invented by us since the beginning. I am grateful to our sponsors who have helped develop this storyline throughout all these years. As for the Castle andBeckett relationship, the spark between them ran at the beginning of the show. But some things, of course, can not be planned from the very first season. None of us could not even think that Alexis will boyfriend named Pi.

On what episode was the most difficult to work with?

Andrew W. Marlowe: Each series is becoming a real challenge for writers. For me, turned out to be particularly difficult episode “Always”, which we completed the fourth season, as well as a series of “47 seconds”.

David Amann: I would like to add that it is difficult to write the first episodes of the new season because the writers have to continue the story, suddenly dangling powerful kliffhengerom. A series of “After the Storm”, which opened its fifth season, has become an uneasy task for the authors. However, interrupting the narrative at the most interesting, too, must be able to.

What to expect from the new series of the audience?

Andrew W. Marlowe: Over the past six years, we have learned much aboutBeckett and her history. Thanks to the finals last season, we had the opportunity to discover a couple of secrets from the past and the Castle. We plan to maintain the usual balance between drama and comedy, continuing to delight our loyal fans with new investigative Richard and Kate. 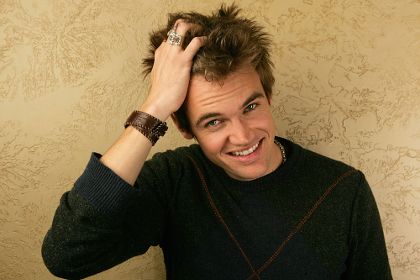 Why do stories on new books Castle became less?

David Amann: Castle and Beckett relationship developed throughout the series. At the moment, it seems to us that the theme of Kate as a muse Richard plays a minor role in the lives of our heroes.

Channel ABC began work on the pilot episode of the series about Derek Storm.Is it worth it to wait for a crossover audience?

Andrew W. Marlowe: If the show is about the Storm will give the green light, I’d like to see how Richard Castle to visit the set of the series, based on his best-selling books.

You want to pay more attention to Lanie?

David Amann: We know that the fans of the show would like to learn more about this heroine. We have plans to reveal the course of the seventh season a couple of her secrets.

There is a theory that during the Cold War, Martha was a secret agent …

Andrew W. Marlowe: The answer to this question is related to the category of the Government of the United States ‘Top Secret’. 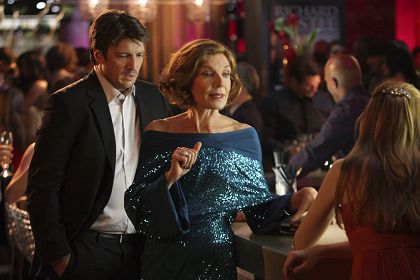 Do you like to work with Stana Katic and Nathan Fillion?

Andrew W. Marlowe: This is an incredibly smart and talented actors. They understand their characters and are a great help creators of the show working on scripts.

David Amann: It is a unique duo that is convincing both in drama and comedy. We are fortunate that a representative of the main cast of “Castle” is able to clearly express themselves in any genre.

David Amann: Teams many TV shows do it, but most of these series disappoint fans. If we can find a way to really cool music scene, be sure to consider this possibility. From time to time we are able to add to the show elements of science fiction or thriller … We are currently working on a series of western style.

What a scene involving Nathan is your favorite one?

Andrew W. Marlowe: Recognition Castle in the love of Beckett in the episode“Always.”

David Amann: I love the scene from the series “The goal,” when Rick was forced to question the suspect during the investigation of the disappearance of Alexis. Nathan showed itself in all its glory, showing a different side of the character of his hero. 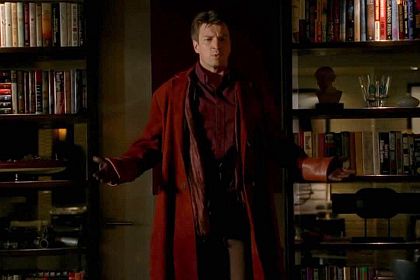 How would you recommend your show to those who have not yet seen?

Andrew W. Marlowe: We have a great show. But it makes sense to new viewers to watch it from the beginning.

David Amann: I think that the second of the series on modern TV is not. After all, we do not offer regular protsedural and detective story in which a perfect balance between humor and dramatic elements.

Andrew W. Marlowe: In addition, our heroes are closely related to popular culture.We like to leave Easter eggs for the attentive audience. A few gifts we did fans“Firefly» (Firefly), who dearly love Nathan. We are always happy to find a way once again to please the audience.

If you are not restricted in the budget for one episode, what would you have removed it?

Andrew W. Marlowe: I would have photographed the “Star Wars” with the characters of the show.

David Amann: My dream is to send Castle and Beckett on an expedition to Mars.

Do you listen to the opinion of the fans?

David Amann: Is not always possible to create a project which fans will be so sincerely worry about the fate of his characters. Dear viewers, we really appreciate your support!

Andrew W. Marlowe: We work for you. Constructive criticism from fans we have always taken into account. Our shows are the best fans in the world!