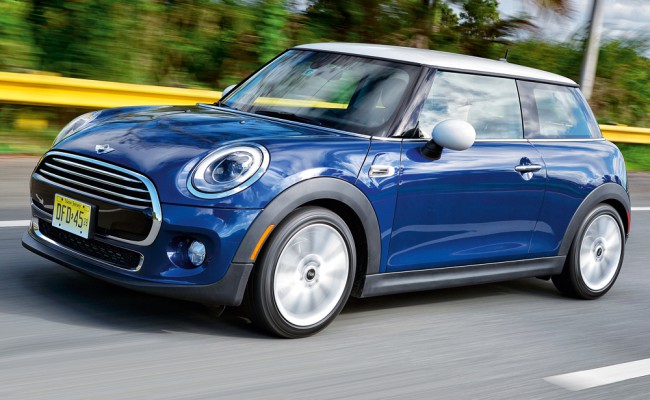 Do not believe your eyes – this is a new Mini. And absolutely the best

At first glance it looks like before. And in the second well. But this Mini – Brand New: former body parts left here the other engines and suspension. And a completely new interior, though similar to the previous one. And of course, “Minikit” still cool. You do not need a long time to fall in love with him again.

Inside closely as supercar. And landing like: legs extended in front of him. Rear seat left very little space. Windshield again almost vertical and located far ahead, creating a sense of “retro” at the wheel. For this, we adore and Mini. But then tighten up under the hood of all three cylinders! This motor – a new family of BMW, and its future – set on low-end models from Bavaria. Engineers using turbo squeeze out 136 hp Who needs only corporate identity without epinephrine – take that option. For the rest there Cooper S with 4-cylinder 192 dviglom in force. 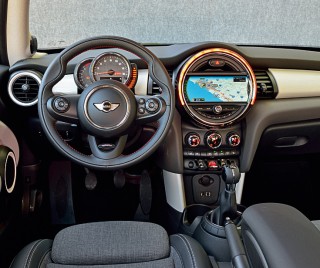 Widescreen display with marvelous graphics. Now we are going to take off!

Turn off the music, and you will hear quite Adult rumbling three cylinders. And absolutely no extra vibrations. Cooper accelerates excellent midrange and explodes to the red sector. In short, close the hood and remove the clear log. Forget about the 3 cylinder – they are better than the previous sour “one-and-six.”

Zubodrobitelny the suspension passed and elegant handling remained. Now you can not just storm the European serpentines with perfect asphalt, but also mountain mountain-roads in some of Puerto Rico. It is on this Caribbean island and have brought in brand new Mini for a test drive. Cooper appeared obedient and quick-witted as Retriever. He can play and have a great pleasure. No such, who would not like to drive Cooper.

With a design not so straightforward. We continue to be delighted, but opponents say that the Mini ozhirel, and along zaburel. Even so, until he runs briskly and wags its tail, overweight and tchotchke in the cabin it is forgivable. Yes, from a strict functionality grandfather in 1959 was gone, and the discrepancy Mini-Mini-descendant ancestors breaks British brain. But unknown to the Russians this dissonance. Formula of “bigger and richer” has not been canceled, even in mini-format.

It’s not just richer, here on the head better. And the comparison is not with the 59th year, and with 2013. Speedometer finally moved to the usual place and saucer in the center of the panel is now crowned LED arc. It shimmers with different colors and performs several unnecessary features. For example, duplicate tachometer, driving LEDs with white stripes to the red sector. Switches did not become smaller, and not all of them are comfortable, but the buttons are moved to the door windows, and many will be enough. Materials and finishes are better. It’s not Audi, but the artist quality paints can be forgiven if, instead of gray fabric with rings on the steering wheel, he painted a bright mural.

At Mini traditionally rich multimedia system – thanks to unification with BMW. There are a huge number of features, including the withdrawal of news feeds and login to Facebook. Interface rendered by five points. However, the management of this economy is entrusted to block keys located in the most inconvenient location of the central tunnel. To get to it, you must first break his arm in several places, and then splice the bones “in place.”

Despite the size and defects, Cooper is very not cheap. However, the nature of machines has not changed, and it is the character – the main advantage of Mini. Loses its functionality cheap hatchbacks, and it must be considered as urban sports dude. It should be bright and healthy controlled. Mini Cooper this is.