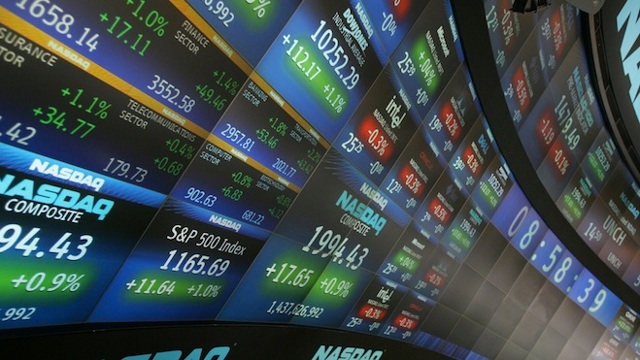 Stock trading in the U.S. Thursday, March 13 , the leading index closed lower , with the Dow Jones lost more than 230 points . The reason for such a pessimistic investor sentiment continues to be protracted international political conflict over the Ukraine , as well as the Chinese economy , which recently began to raise concerns about the players.

The European Parliament called for sanctions against Russian companies in the event of annexation of the Crimea . According to the parliamentarians , in relation to Russia should be an embargo on arms and dual-use technologies , applied visa restrictions , and must undergo freezing accounts and other sanctions against Russian companies, especially the energy sector. The U.S. and Europe are taking an option of holding a referendum in the Crimea , saying that such a move is contrary to the laws of Ukraine itself as well as international law. U.S. Secretary of State John Kerry has promised Russia ” series of serious measures” by the United States if the Crimean referendum will be held on the weekend , and Europe , meanwhile, is preparing to enter the second round against the Russian economic sanctions.

According to the published macroeconomic data , retail sales in China pumped : record in January grew at an annual rate of 11.8% against the projected increase of 13.5 %.

Failed to correct the situation even positive macroeconomic news from the U.S. , where the number of initial claims for unemployment insurance for the week ending March 7 , decreased to 315 million versus forecast of 330 thousand U.S. retail sales also pleased: February monthly calculating the index rose by 0.3% against the projected increase of 0.2 %.

Shares of Plug Power fuel cells closed the trading session takeoff more than 17.6%. The reason for this was the statement of the company , according to which the quarterly earnings coincided with analysts’ forecasts , and the rate of revenue for the IV quarter even surpassed market expectations.

Paper online retailer Amazon rose 0.3%. The company announced that it increases the cost of membership in your Amazon Prime for $ 20 – to $ 99 per year.

Shares of nutritional supplements Herbalife, by contrast, have fallen in price by 5.4%. The reason for the negative dynamics was the information that the U.S. regulator starts against the company investigation into the purity of its business practices . For over a year the investment fund manager of Pershing Square Capital Management William Ekman insists that Herbalife in the conduct of its business uses a Ponzi scheme. Now check the quality of business producer of food additives will power.