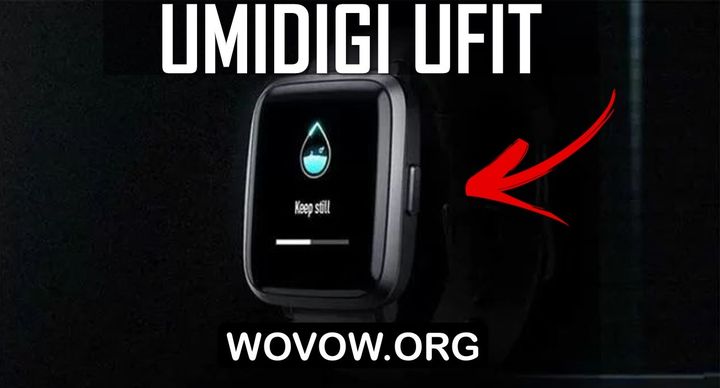 Despite the difficult situation in China and around the world with the coronavirus pandemic, UMIDIGI continues to release new devices. A few days ago, a Chinese manufacturer introduced a new fitness watch called UMIDIGI UFit.

As you may know, this is not the first watch from UMIDIGI. We’ve already written about UMIDIGI UWatch and Uwatch2. The Chinese manufacturer also has UWatch3 and UWatch GT.

So, how is the new UFit different from the previous watches? The main feature of UFit is SpO2 blood oxygen monitor.

Let’s talk about other features and functions of the new UMIDIGI UFit watch in our first review.

The new fitness watch has the same square dial, plastic case and rubber strap. Perhaps the only difference is the rectangular physical button on the right side of UFit, while UMIDIGI UWatch3 has a round button.

Unfortunately, now there are only few photos and videos of UMIDIGI UFit, so we can not look at the new watch from all sides.

In particular, we are interested in the back side of the watch. Since UFit has the function of SpO2 blood oxygen monitor, the sensor should be located on the back of the watch, next to the heart rate sensor and charging contacts. We will check this later.

The new fitness watch from UMIDIGI received 1.3-inch screen with resolution of 240 x 240 pixels. In the video below, you can see that UFit looks pretty good on a man’s hand. Most likely, it is suitable even for a thin female hand.

By the way, I forgot to say that UMIDIGI UFit has water protection according to 5 ATM standard. You can take a shower, bath and swim in the pool with this watch.

What other functions of UFit besides blood oxygen monitor?

Talking about functions, the set is standard for a modern fitness tracker. The new UMIDIGI watch counts steps, calories, distance, as well as tracks sleep quality, receives notifications and calls from smartphone.

Of course, UMIDIGI UFit has a heart rate sensor.

According to the manufacturer, the main feature of UFit is blood oxygen monitor. How it works, and how accurately it measures the level of oxygen in the blood? We will find out after the start of sales.

How long does UMIDIGI UFit last on a single charge?

The new UMIDIGI watch is equipped with 220mAh battery.

The watch will work for 10 days in the normal mode of using the basic functions, or up to 45 days if you turn off Bluetooth and do not use a heart rate and blood oxygen monitor.

What is the price UMIDIGI UFit?

The sales of UMIDIGI UFit will start on March 16.

You can already go to the official UMIDIGI page on Aliexpress, and add the new watch to your cart. But do not rush to place an order. At the moment, the price is $59, but the watch will be cheaper after the official start of sales.