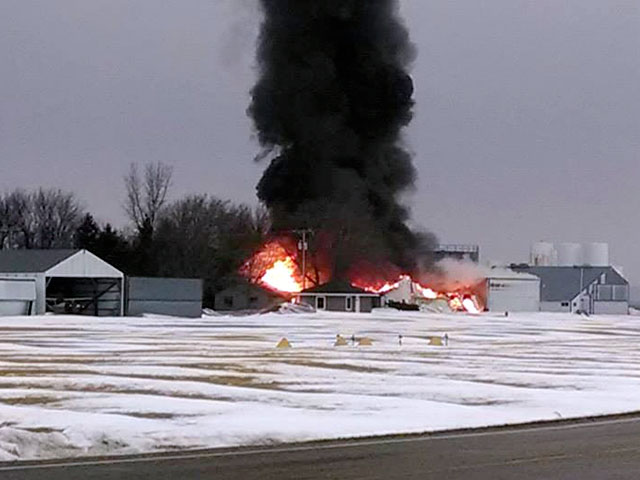 In the United States in Iowa began the evacuation of the small town of Northwood because of the risk of fire in a nearby airport. According to CCN , lit up toxic substances, containing sulfuric acid, which is why the authorities decided to evacuate residents.

Note that in itself is quite small Northwood town – it has a population of about two thousand people. As noted in the emergency services, the townspeople decided to send to community centers and churches, which are six miles south of Northwood.

Several residents have complained of shortness of breath. Doctors say that while these four people.

“In the building in flames at the airport Northwood stored sulfuric acid. This is a dangerous situation,” – warned the service. According to local law enforcement, the object on which the fire broke out, is a repository of chemicals used for crops. Some of these substances, are believed to contain sulfuric acid.

Firefighters, as noted, will allow the flame to burn through, then proceed to eliminate the effects of fire. Neighboring settlements were not in danger.

Recall that in May 2013 in Texas at the plant fertilizer company West Fertilizer in West thundered a powerful explosion , which killed 15 people and injured about 200. The blast wave was so strong that it almost completely destroyed, more than 140 nearby structures, including high-rise residential building, school and nursing home.