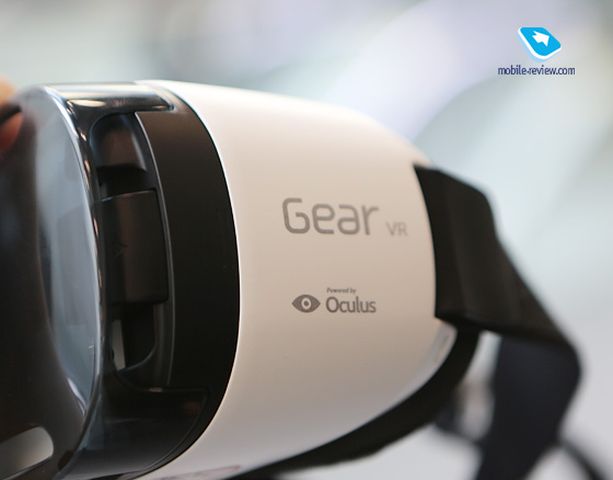 For the first time with a beautiful image of a virtual reality, most of us met in 1992, when the screens released film “The Lawnmower Man.” At that time it was a movie worse than “Avatar” today – extremely rich in computer graphics, which is now among the younger generation will only smile. Something like a virtual reality helmet was the main character, as he has not degenerated into a computer reality. Attempts to create a virtual reality system undertaken repeatedly, and each time all of these devices were exhibits exhibitions or failed commercial attempts.

In 2014, interest in the subject woke up again, we have seen a deal to buy Oculus of Facebook, which dumps for startup $ 2 billion, and it’s a given that a commercial product will be released only in late 2014-early 2015 – until Oculus only creates prototypes . The amazing story of when Facebook is investing a huge sum in a promising technology that could become the next technological zilch, too much make up and things that can go wrong. 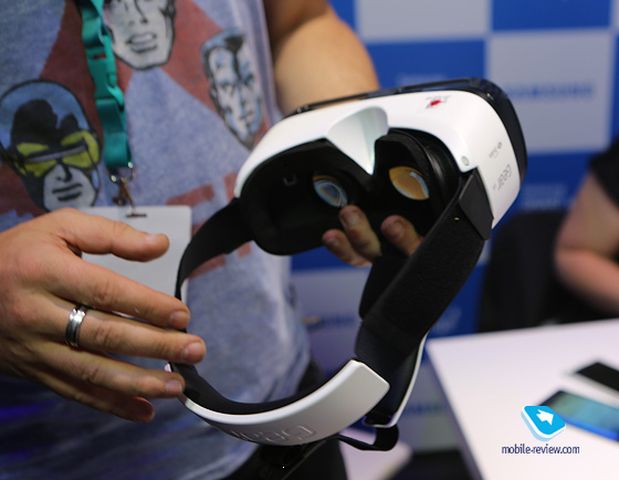 The Samsung always react to where the market is, and trying to present their similar products. If you can buy from other projects and save time, then buy them. Some products – this is pure experiment in which the company is trying to find the usage scenarios and calculate the economic benefits. One of these products, and becomes a helmet, rather, virtual reality glasses, which are shown at IFA 2014. Interestingly, they are based on the technology of the Oculus, and it is said directly on the glasses. 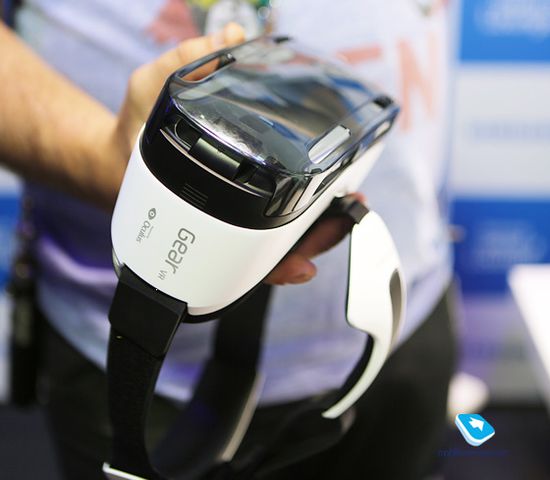 The design is very simple – you have goggles, they are similar to ski, from the outside, you need to insert the phone – as long as it can only be a Galaxy Note 4, the other models are not available. From the inside, there are two lenses, an eyepiece, a soft mask, strap adjusts to fit. Before you start enjoying the game, you need to run them on the phone, only then it should be inserted into the slots. 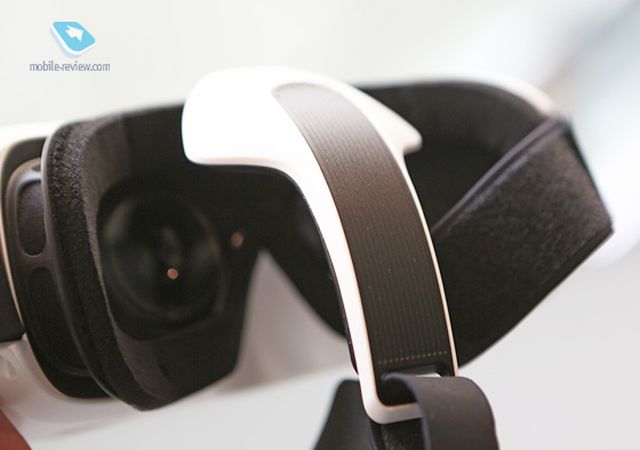 For those who have not wholly vision, it is possible to adjust the lens, I could not find the information in which the range of possible. But without his glasses with diopters they can be used. Next you put on a mask and see the view or play the game. On the right side of the frame has “Back” key to exit the current program, as well as the touch pad, you can use it to move around the menu. Expected that the device will be voice control, but yet, it is a kind of experiment in the initial stage.

When I first tried Oculus Rift, I did not like that you should stay and not be hard to turn my head, you are attached to a PC via wires.There are no wires there, and the role played by the screen smartphone. Due QHD-resolution screen, you can generate two independent images, which give a three-dimensional effect. Full immersion, and at some point, if you stand on your feet, begins to feel dizzy. 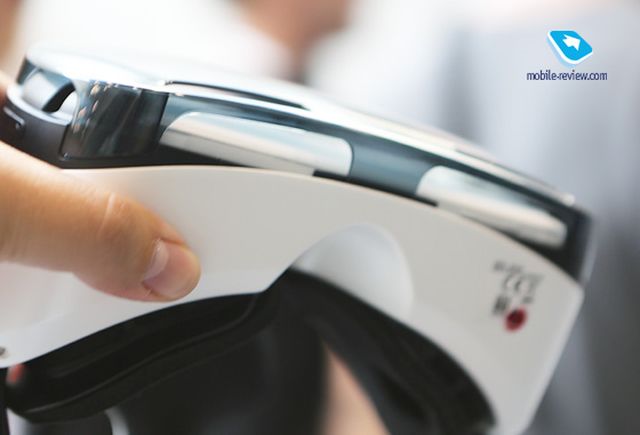 Unfortunately, at the moment, no commercial software for such points not only demos prepared to Samsung. For example, you can see a concert. Lack of dedicated headphone makes a rather unusual view, in a quiet room it’s nothing, but at the show, where you hear ambient noise, it is certainly not too good. However, the phone can connect Bluetooth-headset, but in general, the structure will be doubly strange and unusual. By the way, yet can be connected GamePad, it can be used in games. But currently understand how to use it, no. In the glasses you do not see the world around us, and this is a serious lack of them.

In addition to the concert, I also tried out the space arcade game, all management is done by turning the head – neck starts to hurt, my head is spinning a little after five minutes of a game. Unusual and surprising, but fascinating toy.

We must understand that while it is only an experiment. The Samsung is not only difficult to say the cost of these points, but even the time to market and whether the device is widely sold. Pure water experiment and attempt to probe market. We ask partners how they are interested in selling such a device. In short, the clarity with what the prospects for such points, the Samsung is not. If the shot is good, no – that’s okay too. I think that we in this aspect we should consider this device. Experiment pure water. Cool, but not much more.

And people in these glasses look most amusing, they do not see themselves from the side and pretending faces, sometimes on purpose, but sometimes involuntarily.