“The Walking Dead” According to the precepts of Heisenberg 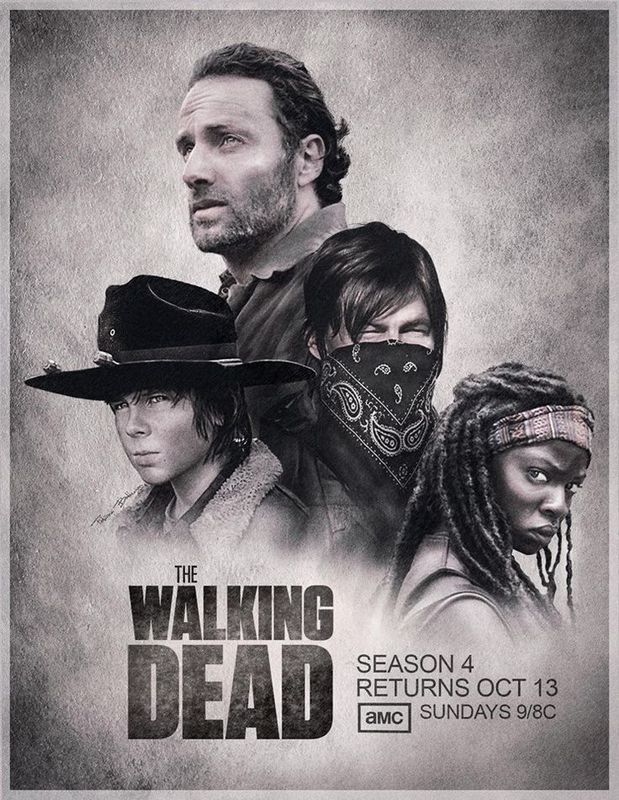 Note review may contain minor spoilers for the fourth season!

The fourth season of “The Walking Dead» (The Walking Dead) turned out, perhaps the most unusual and dynamic than previous. And surprisingly, shouranneram managed to develop this dynamic is not due to new bloody clashes people and zombies, and worked brilliantly by conflicts between man and man. Through all 16 episodes permeates the idea that black and white anymore. Now the viewer quite clear: who is good, who is bad, who really pulled off the reel, and who are just beginning to part with illusions. Daryl seizes snake frozen yogurt, killing living people has become the norm, and the new shelter looks like a cannibal sect. One can only sympathize with those who quit watching “The Walking” after the second, frankly, underrated season: fun is clearly just beginning. 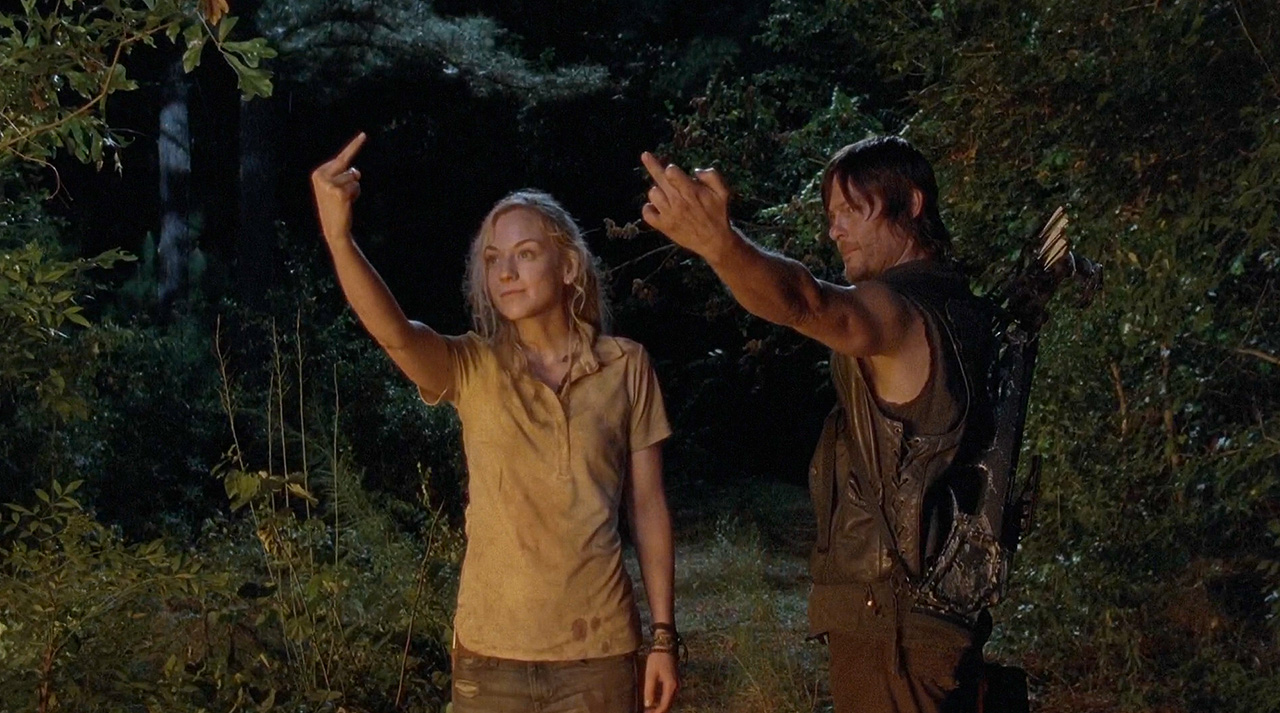 And in the literal sense. Surprisingly, the fourth season was not only very tough, but also ridiculous. “Oh, dear, what are you launched themselves completely!” – So the zombies yet nobody talked! In the arsenal of the survivors appeared golf clubs, and Carl began to resemble a modern version of Tom Sawyer. Only instead of a dead rat in his whole world in which the boy no one would blame for the fact that I ate for lunch a huge jar of pudding. It is thanks to Karl has a new series curious shade: gloomy, in fact, the story of a deadly virus began to look like a great adventure.

But, of course, most importantly in the series about zombies – this is not a comedy, and drama. And her in the fourth season of “The Walking” was rife. Writers took the fullest exploit the theme of human limits and achieved in this direction unprecedented heights. It would seem that after the episode with Carol and crazy girl they could settle down and rest on our laurels … 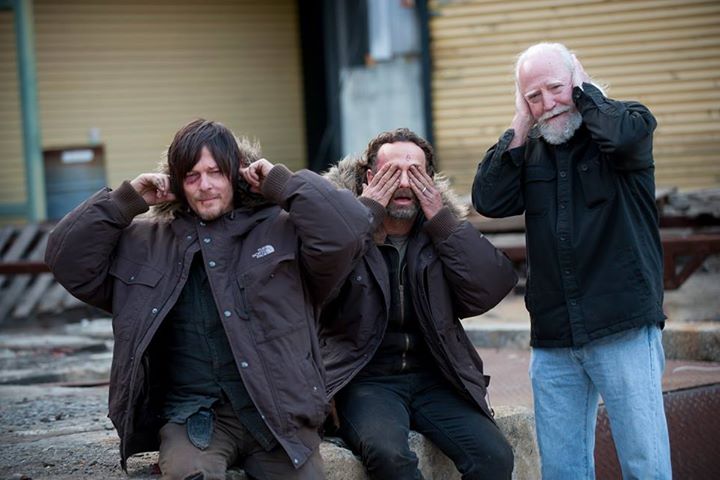 But … no, it turns out, they are only warming up. Unexpectedly revealed shourannery“Walking” with Rick decided to make about the same thing that made ​​Vince Gilligan Walter White. Protagonists of both shows were put in a situation where it is simply impossible to be good. Only Walter said his “I’ve had enough!” At the beginning of the drama “Breaking Bad” and Rick endured four seasons. But now fan favorite Daryl and Carol supporter of radical measures on the backburner, behind former cop once lost place the coolest hero of the show. Here’s what we found underneath a common phrase of deep study of the characters! As we remember, that these words were covered by the creators of “The Walking” any attempt to journalists know more or less specific details about the plot of the season.

Perhaps the only drawback of the finals were “farmers” flashbacks – they did not look as elegant as probably expected the writers. But the beauty of these studies have become a perfect illustration of cannibalism not appropriate in a world where God himself commanded to switch to vegetarianism. 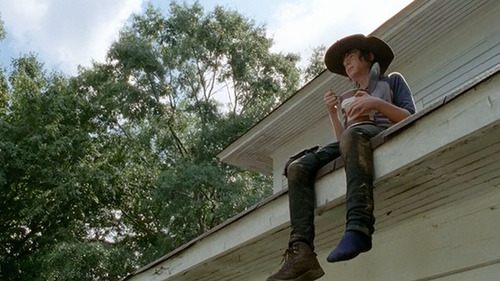 “They will feel stupid when they realize that contacted the wrong people” – and already powerful kliffhenger decorated these words new, yet unknown to us Rica,put dots fat, forcing the show’s fans look forward to the new series. Series, in which we learn what happened to Beth, Tyrese, Carol and baby Judith – because they did not have in the container captives. Perhaps they are still on the way, and then there is a possibility that these characters somehow manage to help Rick and company.And, maybe, they just sit in a nearby container ..

By the end of the fourth season of the question about the reasons for the zombie apocalypse has lost its relevance. And we have not even so important to know what kind of information hiding this strange guy to be delivered in Washington unharmed. As our heroes get out of the container with the letter “A” and who are actually residents of Terminus – that’s the main intrigue of the fifth season. 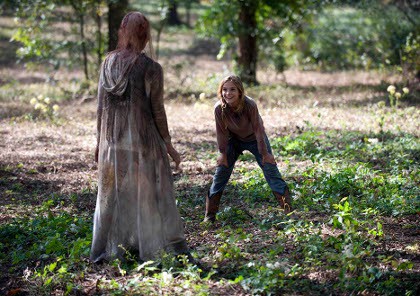 A fourth main idea as follows: in our heroes live virus that can turn them into zombies after death, and in each of us lives a monster, which can be awakened in certain circumstances. In the new world the usual leadership viable. In the new world are not viable in general all the old moral values ​​and almost all the commandments. “The Walking Dead” stepped on shaky ground of personal transformation. As demonstrated example of Heisenberg for serialomana this means that: situation escalated to the limit, there will be more drama, fights become tougher. And for the sake of this series we look like “walking.” 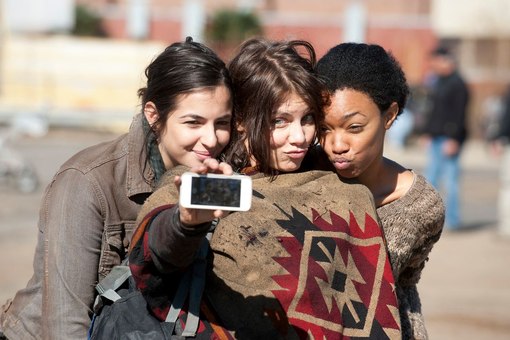