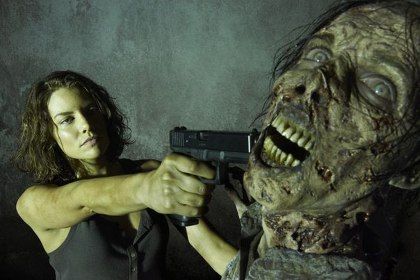 The fifth season of action-horror film “The Walking Dead» in height, and now is the time to draw some preliminary conclusions and make the first conclusions about the scanned series. Many critics have already named this chapter of history Rica and a group of survivors best all-time broadcast of the series, and the management of the channel AMC has given the green light to six seasons before the premiere of the fifth. Let’s try to understand what surprised us Showrunner project, in addition to increasing the number of bloody scenes and increase their degree of drama.

The absence of anadromous series

All episodes that are currently on the air, were of great importance to the plot. We can say that the creators of the drama did not go the traditional route, when to save money shot bushing series, in which almost nothing happens. In the fifth season that neither series – then the bomb. No one else is wandering through the woods for weeks, and mental suffering heroes do not become the central theme of the episode. And although we no-no and will show a flashback or an excursion into a rich inner world of a character, now it is concise and strictly metered. 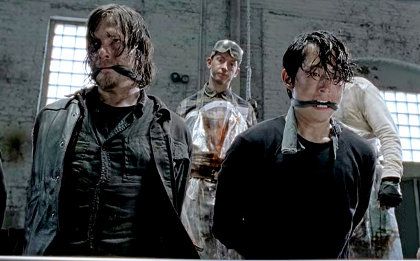 Already we can to count the most spectacular moments of the season: the slaughter near the trough for animals, barbecue human flesh, a skirmish in the church, memories of Abraham, the recognition of Eugene, escape from Bethdubious shelter and a subsequent meeting with an old friend … But the season has not yet reached Equator!

Remember how long Rick and his men tried to overcome the Governor? This permanent confrontation, the inhibitory effect of the series, at one time quickly bored many fans of the show. But the main villain of the fifth season, on the other hand, lived a short but brilliant life. On top of that, Gareth managed to get into the top 10 of the best serials antagonists 2014 version USMagazine along with penguins from“Gotham» (Gotham) and Henry Parrish of “Sleepy Hollow» (Sleepy Hollow).Moreover, this top Gareth headed. But it is unlikely he would achieve such recognition, if terrorized Rick and company throughout the season. In addition, the viewer can now wait for the new enemies, because zombies have long ceased to be a major threat to the survivors.

«Get the Balance Right!»

This line from a song by the British band Depeche Mode perfectly characterizes the fifth season, in which the “dead” finally found a balance between entertainment and drama. Previously to the project received a lot of criticism from fans unhappy with excessive attention to the characters to the detriment of the dynamics of the show. Fans always something annoying: that painful search for Sofia in the first half of the second season, the confusion of the third. But those were the days when the project taxiing Frank Darabont and Glen Mazzara. Now the reins passed toScott Gimplu, and he managed to find a middle ground. Writers began to reveal the inner world of the characters meaningful and clearly, while maintaining extremely topical. 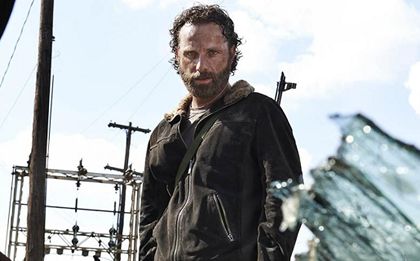 And the significance of this fact can not be overstated! In the third season, he really started to sink into the abyss of madness until the hallucinations. Then the hero hit in agriculture and instead of daily physical activity in the form of a battle with zombies seriously interested in growing rutabagas. All of this is forgivable, given that he had lost his wife. But in the fourth season, Rick began to come around to the fifth turn into a ferocious beast – an angry lion protecting his pride. For suchRica, which trifled with, I want to get sick with all my heart. After all, for every series it is important that the protagonist has been the main, is not it?