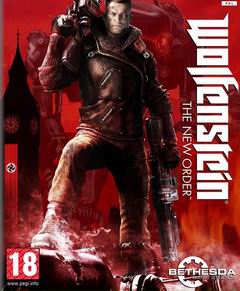 Sometimes it’s nice to feel cheated. Promotional trailer for expected hurricane gunman shooting with two hands, and turned gloomy thriller. William Blaskowitz of flat-mordovorotov Marines turned into a surprisingly compelling character – a cautious, calculating, cruel, but only to the Nazis. War is shown with terrible side – Track Wehrmacht grind all. And this is a game about a totalitarian regime where people are afraid to raise their heads, disappear without a trace, entire families, and day and night cameras control the streets of cities.
History of Wolfenstein: The New Order begins in 1946. Nazis win World War II, thanks to the fantastic technologies. Americans make a daring attempt to break into the castle and destroy the enemy General Skulls, which provides force Wehrmacht scary machines. As part of the landing is Captain William BJ Blaskowitz aka “Blasko” – the legendary warrior, a pioneer in the genre of shooters. And with him we delve into the specifics of the new Wolfenstein, which is oh so not like the old game franchise.
By creating The New Order MachineGames Swedish studio started in 2010. Since the kernel of the studio consists of former employees Starbreeze, no wonder that as an example to follow, they took no Wolfenstein by Raven and id Software, and your previous project – The Chronicles of Riddick. Blasco habits so closely resembles the most dangerous criminals in the galaxy. He likes to work with a knife, and clearly lightning kills opponents. He prefers to work in silence, loves pistol with a silencer, and especially throwing knives. He does not run over enemies, good use of cover, hiding, crawling, attacking from the rear. 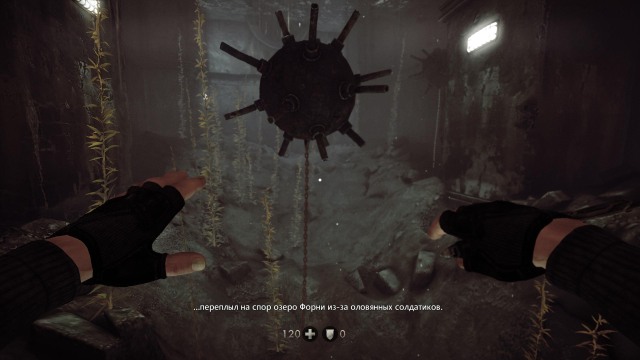 But when the Nazis draped on all sides, Blasco forgets tactics enough guns in both hands, and begins to fight a full-length, filling arenas lead, blood and fragments of concrete. He quickly changes position, dives under the bullets, strengthening throws grenades. He treats the heavy machine gun, as a simple machine – broad shoulders and muscles contribute to stone. And he despises pain.Overweening, if there is a kit to restore health and a bulletproof vest.
It also improves their skills. Blasco gets new abilities through combat missions. Need to kill officers quietly, aptly throw knives, punching head, use different weapons to shoot with two hands as in the subcategory, because of the shelter. This gradually makes Blasco little stronger, which is particularly in demand in the maximum level of complexity.
These facts about the new Wolfenstein we learn immediately. Rejoice in the new approach, we applaud the possibility of different locations to pass, get acquainted with American soldiers. They get to the general Skulls and … get a brain injury.
Comrade Blaskowitz for long 14 years of life falls drooling in a mental hospital, locked in a helpless body. Until one day, a very bad he did not come to life. 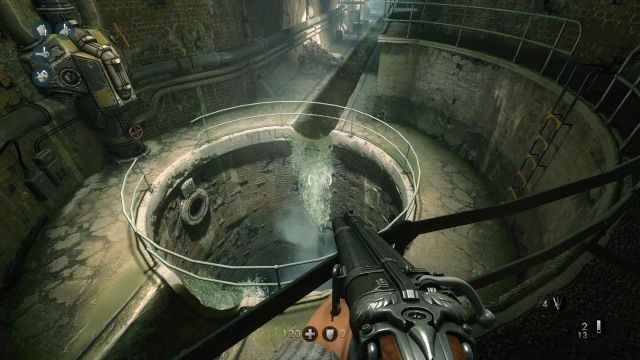 William can not believe that the war ended with the victory of the fascists. He can not accept that the brown plague struck the whole world, and now there is no place on the planet where a man could breathe freely. People communicate in a whisper, do not trust each other. Who are not known for great Fuhrer, he risks being in prison. Nobody dares to resist. Protesters suppressed, hostile states destroyed by nuclear warheads. Many people surrendered their same amazingly quickly adapt to the new order.
This is very reminiscent of dystopia Half-Life 2. Authors spent hell of a lot of forces out to make a new world of compelling, despite the grotesque event, robots mehonatsistov and sadistic villains.According to numerous newspaper clippings and overheard conversations William learns the details of how the Nazis won the war, and how people live now. He looks at the famous city of mangled buildings superbetona awkward. His hatred is growing, and he began his war against the mad world, with the support of only a handful of people.
The plot develops quickly and keeps in suspense until the final. Some moments naive not always happening friends with logic. But it is difficult to wait for the reliability of the game, where the Nazis using ancient artifacts to travel to the moon.
New resistance consists of colorful types. Someone cockroaches scurrying around in my head, the other butterflies fluttering there, and a third guy there at all empty. Lobotomy good treats from harmful thoughts. Because roam the secret base where Blasco returns after each mission, interesting.Gradually learn more about the past companions imbued with sympathy for them, trying to solve their minor problems and get them new jobs, usually suicide.
The game is very conventionally belongs to the genre of shooters. A lot of time here given decision puzzles management techniques, quiet raids. Acuity adds that many times can be held in different ways, and at higher difficulty levels safer to work with a knife than shove ahead with the incessant automatic shotgun. Levels with very few exceptions are forced into direct confrontation. 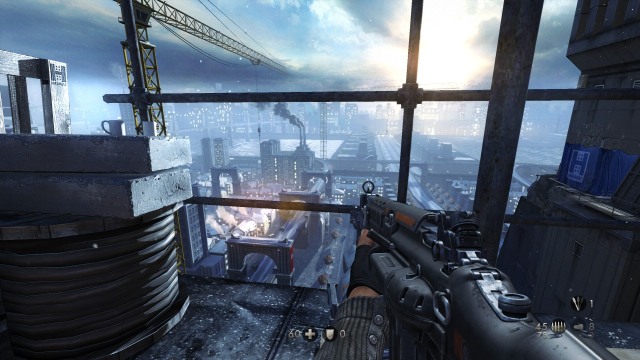 The second passage is no less interesting than the first, especially when set out to find all the secrets. Discover secret paths and weapons, are using new knowledge to effectively deal with the enemies. Defeating the boss depends on logic, and only a small degree of reaction. You just have to figure out how to destroy them, and then turn the plan.
Attentive researchers will not go without reward. Ammo runs out quickly, grenades weight in gold, throwing knives are essential in the case of concealed passage, and all this should be to find beforehand. Blasco goes on a mission, usually with empty pockets, and slowly replenish its arsenal.
The game contains many references to classic games from id Software and pop culture. If you pay attention to detail, you can find many reasons to smile, be it caved in under the Nazis The Beatles or the attributes of the next Fallout with cushions style Super Mario.
At The New Order has one serious drawback, whose name – graphics engine id Tech 5. Because of him in the game not at all open spaces. Locations trapped within the narrow corridors and high walls, colorful panoramas not peek over the fence of a totalitarian regime does not work, heard only the echoes through the bars of gratings. Objects, including characters like made of plastic. Harsh shadows, not volume of weird light and water also do not add points. The inability of the engine to show convincing nature has led to the fact that that BJ from beginning to end is forced to run around the castles, military bases, factories and prisons of superbetona. These shortcomings pulls, perhaps, the work of artists, drawn aggressive weapons and armor spectacular Nazi soldiers.

This game in the first place is to recommend to fans of the “old» Starbreeze, the backbone of which formed after leaving the studio MachineGames.
New Wolfenstein – this is not a spinal, mindless shooter in the spirit of id Software. This is a drama about the fight against the totalitarian regime. This dynamic fighter with a skillfully orchestrated levels, different ways of transmission and plenty of secrets. And it’s a fascinating story with cute characters and thoroughly elaborated universe.
This unexpectedly deep draft, which is to repeated passage of a long, fifteen-hour campaign. If among your favorite games are The Darkness, The Chronicles of Riddick, and Half-Life 2, then the “new order” will undoubtedly have to taste.
Pro:
Contra:
Tags: gameMachineGamesReviewWolfenstein: The New Order