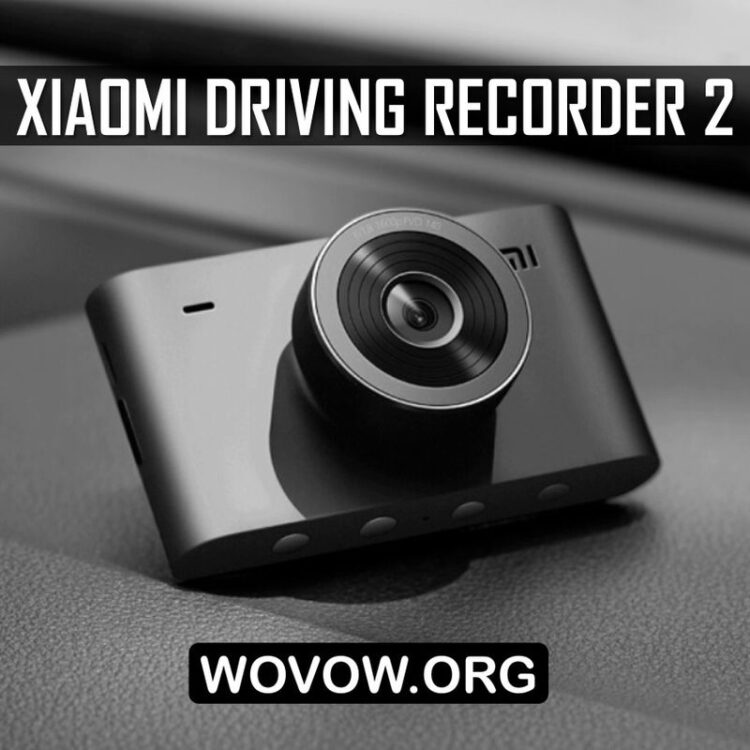 Unlike the first generation of DVR, the new camera has a square body, as well as shooting video in 2K resolution, 140 degree viewing angle, voice control, night vision and many other features.

So, let’s talk about the design and main features of Xiaomi Driving Recorder 2.

To be honest, when I first saw this DVR, I thought it was a mirrorless camera. It really looks like it, doesn’t it?

The top of Xiaomi Driving Recorder 2 is tilted specifically to make it fit snugly into the windshield of the car. The camera is mounted with a sticker. According to the manufacturer, the sticker does not leave any marks or damage to the glass.

On the front side, there is camera lens. We’ll talk about it a little later.

On the back we can see 3-inch IPS display.

On the right side, there’s a charging port. I hope that is a USB Type-C. As you understand, the device has no built-in battery, so it’s powered by a car cigarette lighter. A special adapter comes with it.

Of course, new Xiaomi DVR should have a microSD card slot. It is most likely on the left side.

Perhaps this is all about the look of the new Xiaomi DVR. Let’s talk about the features and functions.

We should start talking about the features from the camera lens. The new Xiaomi DVR received an updated OV OS05A10 sensor. It has an aperture of f/1.8, and it is able to record video up to 1600p or 2K resolution.

As I mentioned at the beginning of this article, the camera has 140 degree viewing angle. That’s enough to capture three car lanes.

The next feature of Xiaomi Driving Recorder 2 is support for 3D noise reduction at night. Using the software, the camera improves video recording at night.

Of course, the camera has night vision, so you can drive around and record video both day and night.

The new DVR supports voice control, but I don’t think it’s a really useful feature for us because it’s only released in China, and most likely it only supports Chinese.

By the way, the camera records video with H.265 codec support. This codec retains maximum video quality while compressing the file to a minimum size so that it takes up less memory on MicroSD card.

The last interesting feature of Xiaomi Driving Recorder 2 is that it automatically turns on the camera and records video when shock or vibration occurs. This is a useful feature if you left your car on the street and someone hit your car.

The new Xiaomi Driving Recorder 2 is already on sale in China at 399 yuan or $55. I doubt that this device will be released on the global market, but we can definitely buy the Chinese version at Aliexpress, GearBest, Banggood and other popular stores.

I think the Chinese version is not a problem except that we will not be able to use voice control.