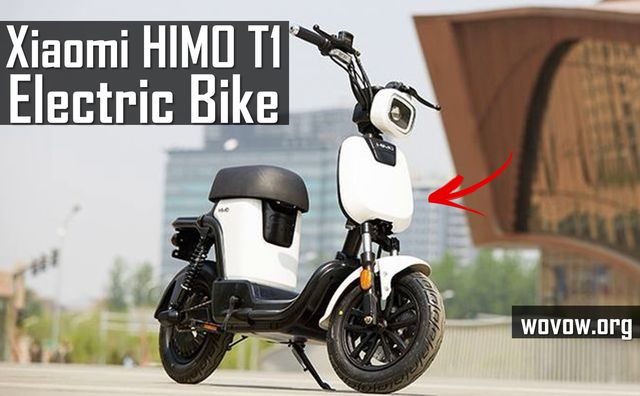 Xiaomi has already released electric scooters and electric bicycles. As you know, the main advantage of Xiaomi products is low price and good specifications.

In April 2019 the Chinese manufacturer announced its new electric bike, which looks like a moped – Xiaomi HIMO T1. You can call it electric moped with pedals or electric bike, but the fact that it is very interesting gadget.

Xiaomi HIMO T1 is an electric bike with 350W motor, which can reach the speed of up to 25 km per hour and ride from 60 to 120 km on a single charge. Perhaps the most interesting feature of new Xiaomi bike is the innovative design.

Let’s make the first review of Xiaomi HIMO T1 and talk about the main features of new bike/moped from Xiaomi. 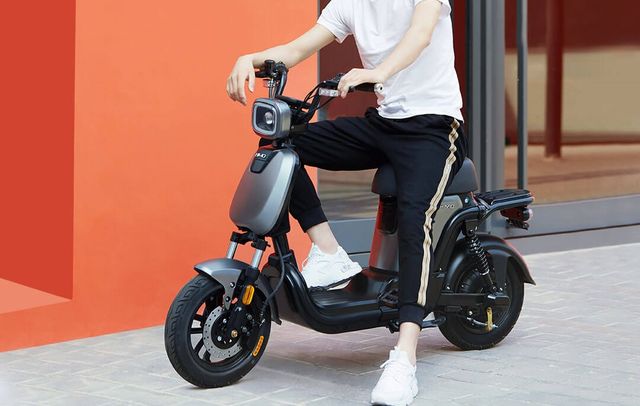 HIMO T1 has a really interesting design. The new bike looks like a moped, but if you look closely, you may notice pedals. By the way, Xiaomi has patented this design, so it will be difficult for other companies to copy it.

The body is made of aluminum alloy, and can withstand a maximum load of up to 100 kg. All parts and even paint of Xiaomi HIMO T1 are fire resistant, which makes the bike even safer. 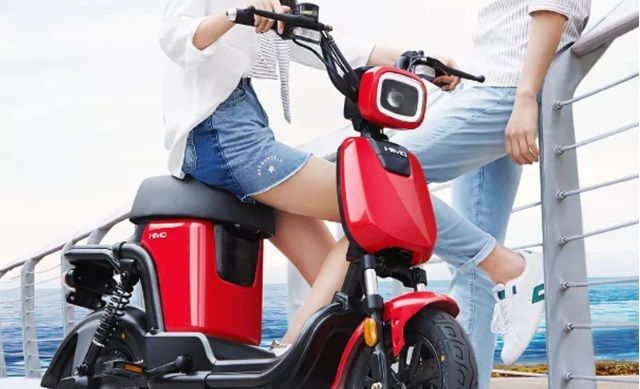 However, this design has several drawbacks. First, the bike is very heavy. Xiaomi HIMO T1 weighs 53 kg, which is much more than an electric bike, not to mention a regular bike. As you understand, the new Xiaomi moped is much more difficult to climb the steps, and also to pedal when the battery is discharged.

Secondly, the dimensions. HIMO T1 size is 151 x 66 x 102 cm. The bike does not fold, so it takes up much more space for storing. This electric bike can not be transported in private or public transport.

However, if you compare HIMO T1 with other mopeds, then its size is much smaller. 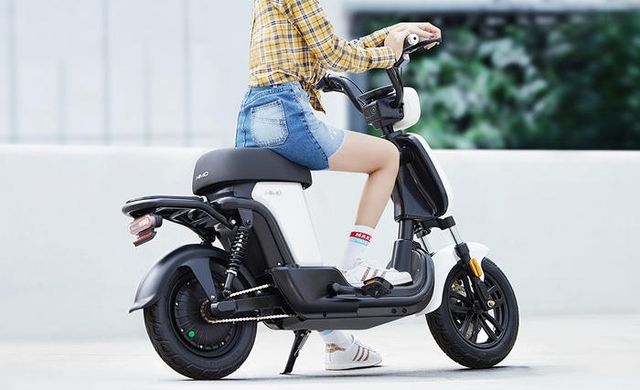 This design also has its advantages, for example, the trunk on the back. Xiaomi HIMO T1 allows you to carry heavy or bulky items, and even the second passenger. However, you should remember that the total weight should not exceed 100 kg. 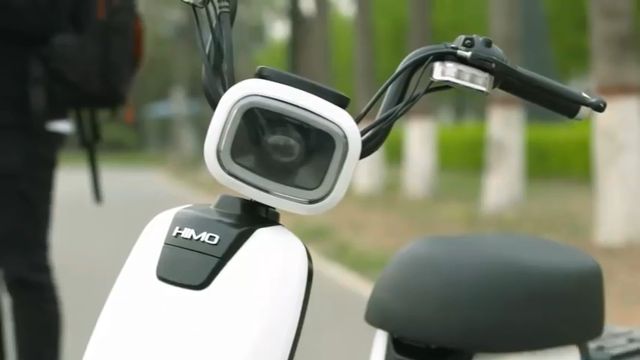 There is a large LED flashlight on the front under the steering wheel. It has a brightness of 18,000 cd. The flashlight illuminates the road at a distance of 15 meters. As you understand, you can ride Xiaomi HIMO T1 even in the dark. The electric bike even has the function of switching between low and high beam.

The red reflector is located behind the wheel. 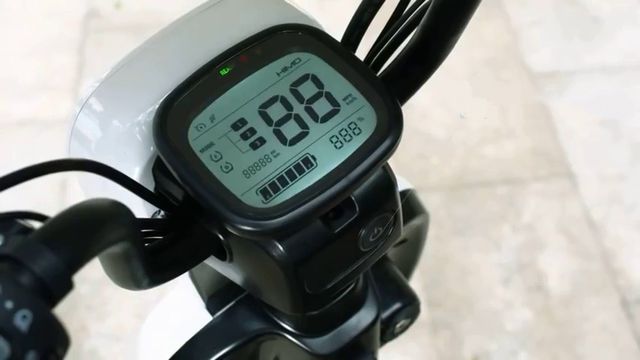 Also, you can see a large monochrome LCD-display on the steering wheel. It shows the ride mode, battery charge, speed and distance. Under the display is a hole for the ignition key. 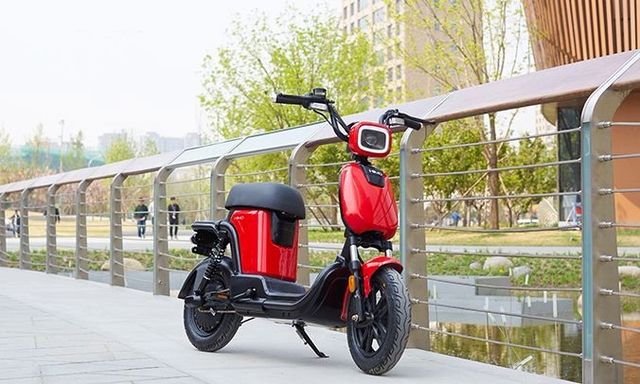 Xiaomi HIMO T1 has 350W motor, but this is not even the most powerful motor for an electric bike. The maximum speed of new Xiaomi moped is 25 km per hour. This is a good speed for safe and comfortable movement around the city. 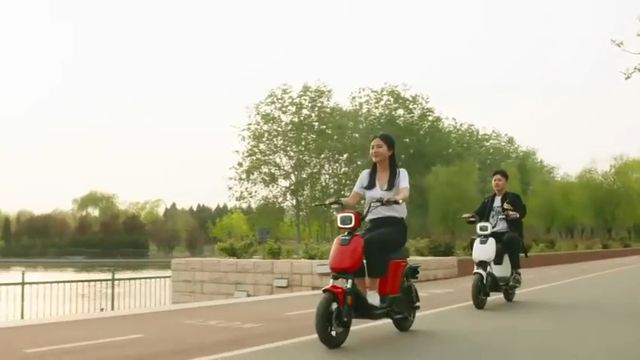 As for the battery, the basic version of Xiaomi HIMO T1 is equipped with 14 Am battery with 48V and 14 or 28A. The single charge is enough for 60 km. You can also add the second battery, and the ride distance will double to 120 km. 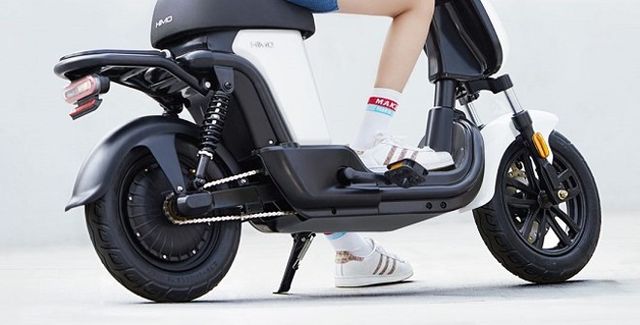 In addition to the display and physical buttons, the electric bike Xiaomi 2019 has an application on smartphone. The app has statistics, additional functions and even software updates for bike. 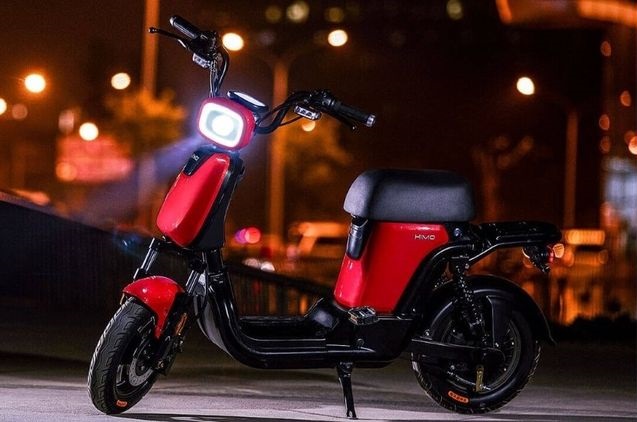 Xiaomi HIMO T1 has three riding modes, which are standard for most electric bikes. The first is a fully electric mode. The second is mixed when you pedal, but the motor helps you in difficult areas. The third mode is a fully manual, when you constantly pedal without the help of motor.

As we wrote earlier, manual or mechanical mode is ineffective, because Xiaomi HIMO T1 is a fairly heavy bike, and it’s hard to pedal. 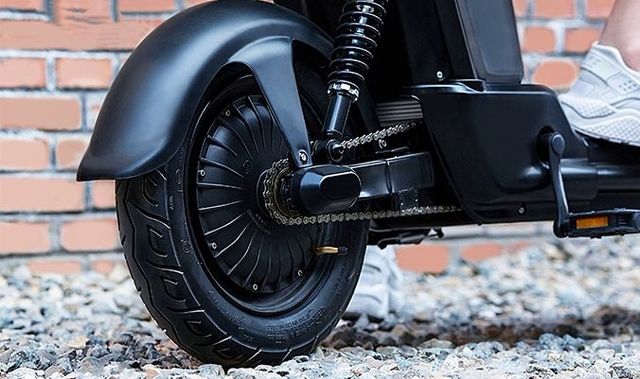 Thanks to the double braking system, the stopping distance of the electric bike was reduced to 4.5 meters on a dry surface and 5.6 meters on a wet surface. 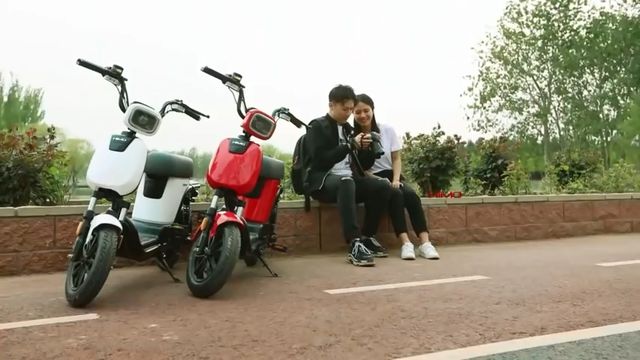 The new Xiaomi electric bike will officially be available for sale from June 4, 2019. Now you can pre-order Xiaomi HIMO T1 for $440. This is a very good price for an electric moped/bicycle.

The electric bike has a unique design, three riding modes and mileage of up to 120 km on one charge. Xiaomi HIMO T1 has collected all the most interesting features of a moped and an electric bike.

From the other hand, the specifications of Xiaomi HIMO T1 are not much different from the modern electric bicycles, but it weights more and dimensions are much larger.

If you are looking for electric vehicles to move around the city, which can be folded, or even carry on your hands in the subway, then we recommend you to look at Xiaomi HIMO C20 electric bicycle.