Xiaomi Mi 5: characteristics of a leader, and the test results in AnTuTu 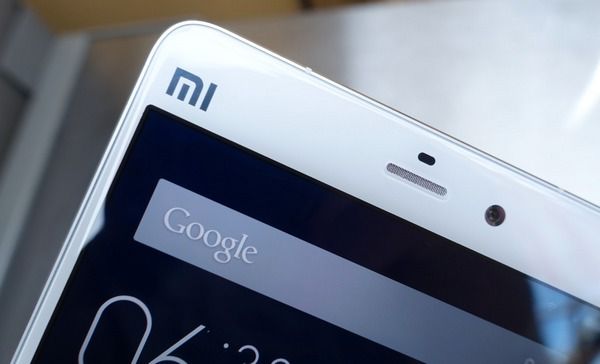 In recent years, sales growth has slowed Xiaomi smartphones, and that the next flagship model became a hit, the Chinese manufacturer has decided to postpone the announcement of the device to exit the chipset Snapdragon 820. As shown by the test results Xiaomi Mi 5 benchmark AnTuTu, worth the wait.

According to preliminary information, the novelty is equipped with a 5.3 “display with a resolution of QHD-2560×1440 pixels and a density of 554 ppi.” Heart “was the eight-smartphone platform Qualcomm Snapdragon 820 with powerful integrated graphics Adreno 530. The RAM is 4 GB, in addition, there are 16/64 GB internal memory with no expansion options. It also reported on the main 16 megapixel camera with dual LED-flash and an integrated fingerprint reader.

Biometric sensors, apparently, is located on the back of the Xiaomi Mi 5. Battery capacity is 3030 mAh and is used for charging the universal port USB-C. As a pre-selected operating system MIUI 7, based on the platform of Android 5.1.1 Lollipop. The shell thickness is less than the flagship 5.3 mm. 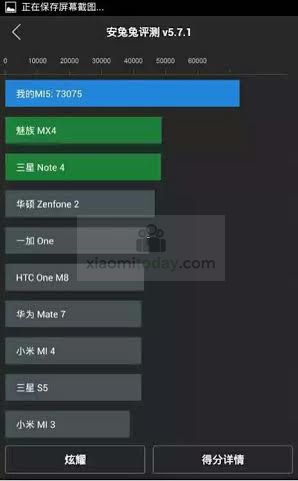 In AnTuTu prototype Xiaomi Mi 5 scored 73,075 points, thus preparing the machine has the potential to move the Samsung Galaxy S6 from first place ranking the most powerful devices on the market.

Presumably, the retail price Xiaomi Mi 5 will be $ 400. According to some sources, the manufacturer is also going to introduce a larger version of the flagship – the model Xiaomi Mi 5 Pro c screen diagonal of 5.7 “.