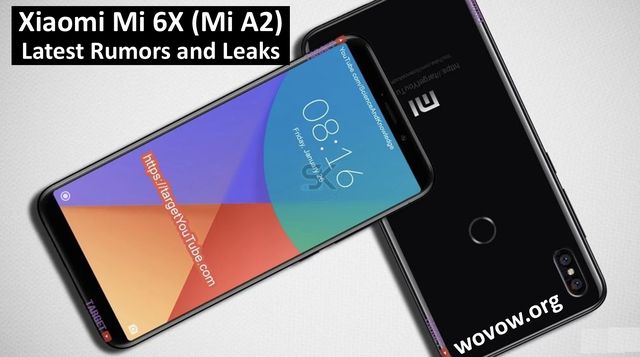 At the end of summer of 2017, Xiaomi presented a very interesting smartphone called Mi 5X. The device received very thin body and beautiful design that looks similar to iPhone 7 Plus. Another feature of smartphone was dual main camera with 2X optical zoom and portrait mode.

However, this was not enough for Xiaomi, and it released Mi A1. The main change of new smartphone was stock Android system instead of MIUI. Even despite not very powerful hardware of Mi 5X / A1, both phones are very popular all over the world (Mi5X in China, Mi A1 in the rest of the world). 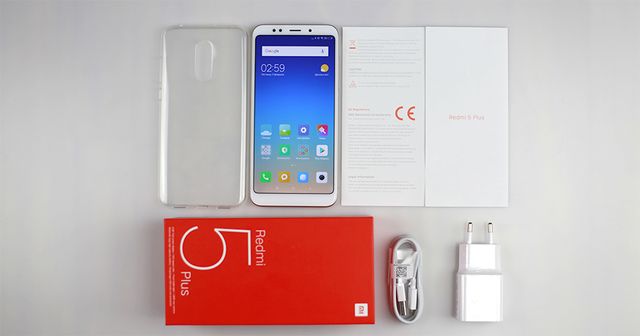 And now the network began to appear rumors and leaks about next generation of smartphone called Xiaomi Mi 6X. We already have first real photos. Also we know specifications of upcoming Xiaomi Mi 6X (alxo Xiaomi Mi A2). If Xiaomi Mi 5X looks like iPhone 7 Plus, then Xiaomi Mi 6X will have design of iPhone X. 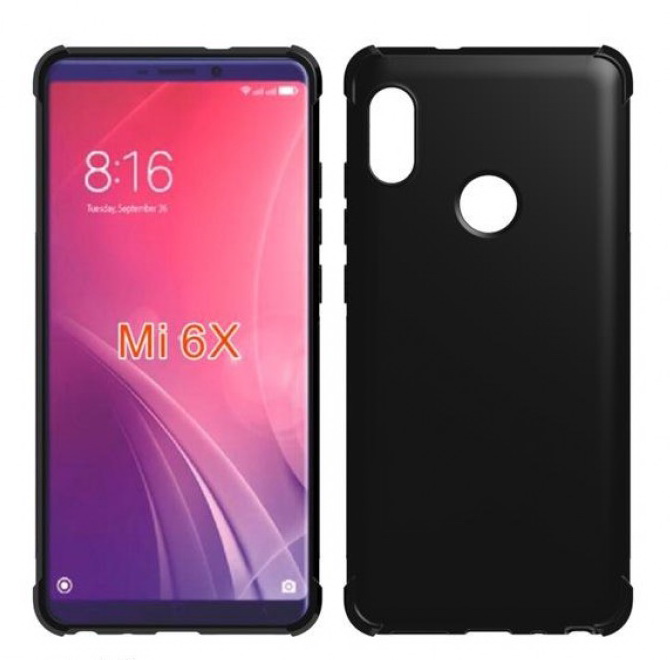 It will be stupid if we say that new smartphone looks like iPhone X or it is radically different from Mi 5X. No, Xiaomi engineers are very smart people, and they mix the best parts from both devices into new smartphone. As a result, we have something in between iPhone X and Xiaomi Mi 5X.

Moreover, the dimensions have not changed. A metal case with thin plastic inserts and fingerprint reader – it did not move even a millimeter to the side. But dual main camera has moved from horizontal to vertical position as in iPhone X.

The front panel fo Xiaomi Mi 6X (Mi A1) has full screen 5.9-inch display with resolution of Full HD+. So, you may ask – why the dimensions are the same? Erything is simple, the diagonal increased by only 0.4 inches and, while top and bottom bezels are reduced. In fact, this is a very profitable and convenient step from the manufacturer, because without inventing anything new, just adding a couple of elements to Mi 5X body, and you get a new smartphone. 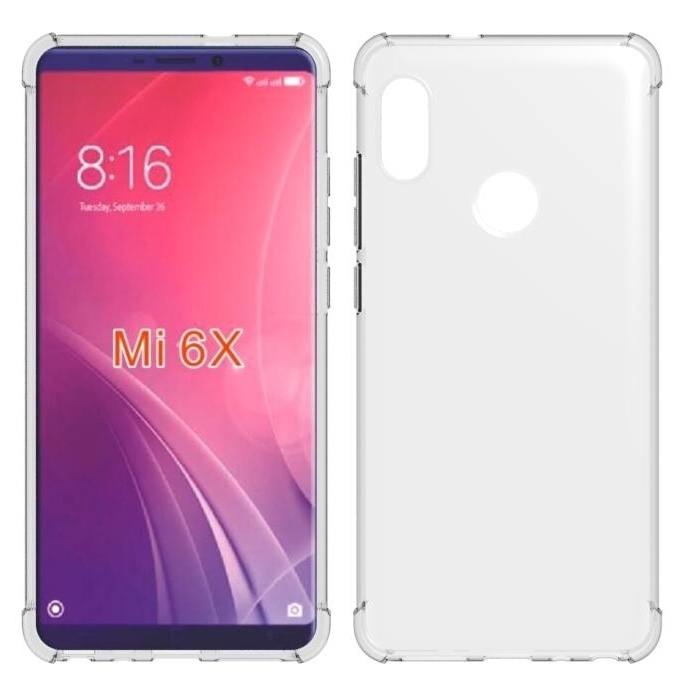 As we have already said, the display diagonal will be 5.9-inches with aspect ratio of 18:9 and Full HD+ resolution. At the moment it is difficult to talk about display quality (brightness, contrast, viewing angles), but for some reason it seems that it will be exactly the same, as Xiaomi Mi 5X.

As for hardware, there will be some changes, since Xiaomi plans to use its own processor Surge S2. The first version of chipset is successfully forgotten by Xiaomi Mi 5C due to its poor performance. But Surge S2 is reall interesting chipset. It is made on 16-nanometer process technology and includes eight different in power cores, divided into clusters. The upper unit consists of four powerful Cortex-A73 cores with a frequency of up to 2.2 GHz, and the lower one is equipped with four Cortex-A53 with a frequency of up to 1.8 GHz to save power.

The graphics are also from Mali, but a more modern G71 with eight cores. The estimated power of Surge S2 is comparable to the flagship processor Kirin 960. It has about 120000 points in Antutu. It is really good, do you agree? We want to note that Xiaomi Mi 6X will cost about $250.

At the same time, new smartphone could have Snapdragon 660, although all its advantage is concentrated only in graphics component of Adreno 512. As far the memory, we don’t have information, but we think the basic model will have 4GB of RAM and 64 GB of storage. 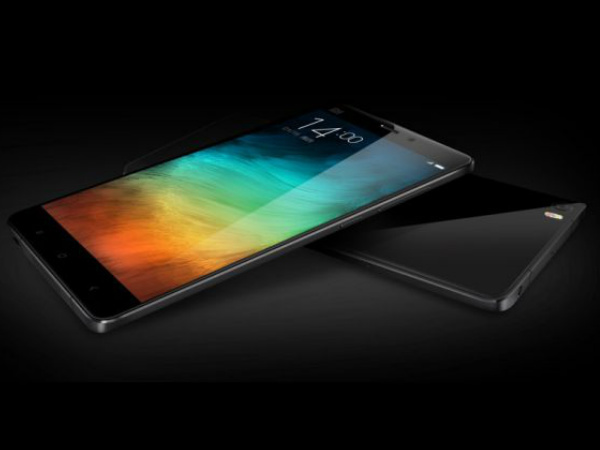 So we came to the most interesting part. Do you know why the location of cameras in iPhone 7 Plus has changed from horizontal position to vertical in iPhone X? Apple said, they had to do this because of optical stabilization system into the secondary sensor.

However, there is another situation with Xiaomi Mi6X. As you remebmer, neither Mi 5X nor its Mi A1 brother have even one OIS system. Does this mean that Xiaomi Mi 6X will have two optical stabilization systems? Most likely not, and we will get one stabilization system. Then why Xiaomi turn the camera over? We think that its only design feature, and nothing else. Xiaomi Mi 5X and Mi A1 are so popular because they are similar to the most expensive Apple phones.

As for the camera sensors, there is no information about their resolution. We expect the resolution of at least 12-megapixels, but most likely from Sony, and not from Omnivision.

Xiaomi Mi 5X comes with 3000mAh battery. This capacity is enough for one full day of use with fairly active use. Since Xiaomi Mi 6X will have bigger display diagonal and resolution, and performance, then you should expect a battery with a capacity of 3300 or 3500 mAh. 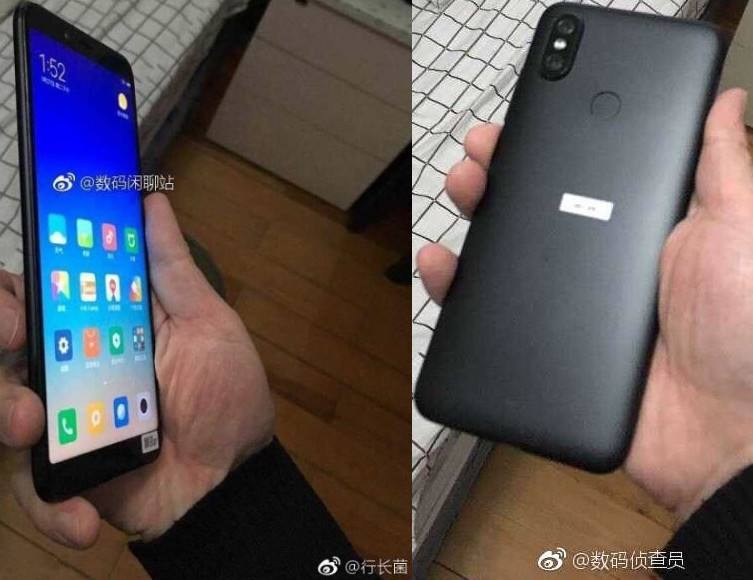 On the one hand, there is a reason to believe that Xiaomi Mi 6X will be the base for the creation of Xiaomi Mi A2 with stock Android system instead of MIUI. On the other hand, the name Xiaomi Mi A2 is not entirely correct and practically untrue. Xiaomi Mi A1 stands for Android (A) One (1), so there’s no sense in calling its successor Mi A2. So, we don’t know how to name the analog of Xiaomi Mi 6X  on stock Google system. We are waiting for more rumors and leaks. 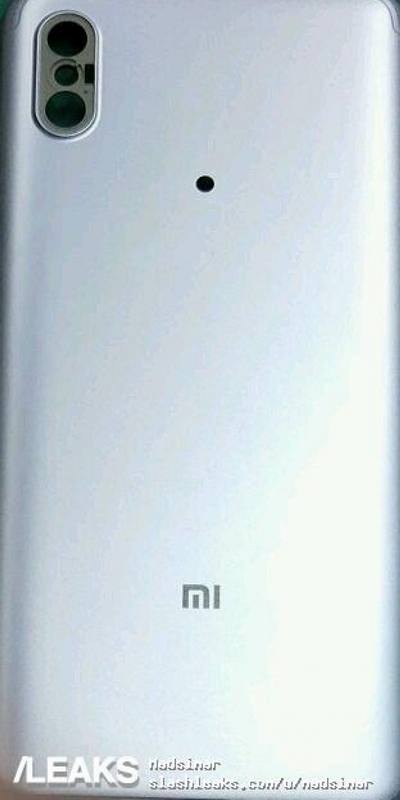 No, it will not be necessary to wait for autumn, since the smartphone should be presented very soon. It is unlikely that it will have time to arrive at MWC 2018 (but this is possible), but at the end of March it must be officially presented. As for the price Xiaomi Mi 6X, it will be about the same as Xiaomi Mi 5X with its $250 at the start of sales.

Also you can visit our page with coupons to buy Xiaomi Mi 6X at the best price, when it will be released. 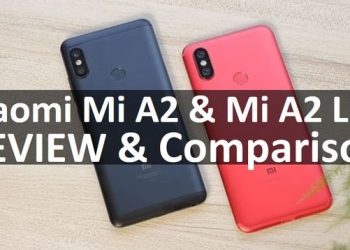 Xiaomi Mi A2 and Mi A2 Lite are OFFICIAL! First REVIEW and Comparison 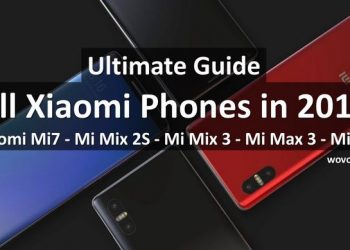 Best Xiaomi phones in 2018 (Ultimate Guide): Xiaomi Mi 7, Redmi 6 Plus and others 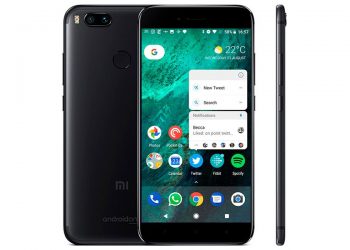