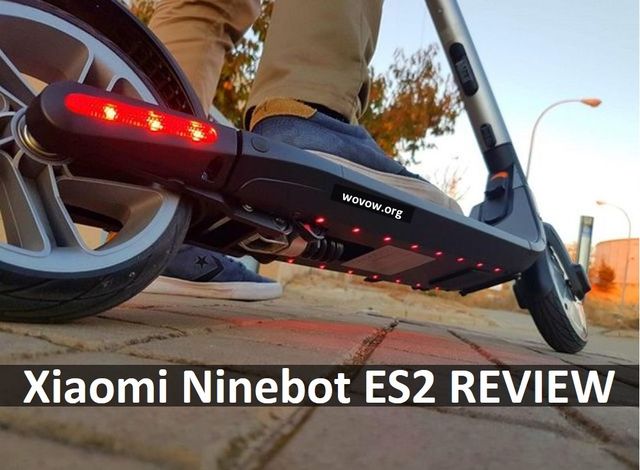 Ninebot is known as manufacturer of modern and environmentally friendly transport. Also many people call it “Apple in the world of vehicles”. Its latest product was produced in cooperation with another company, which many people call Chinese Apple. We are talking about Xiaomi. 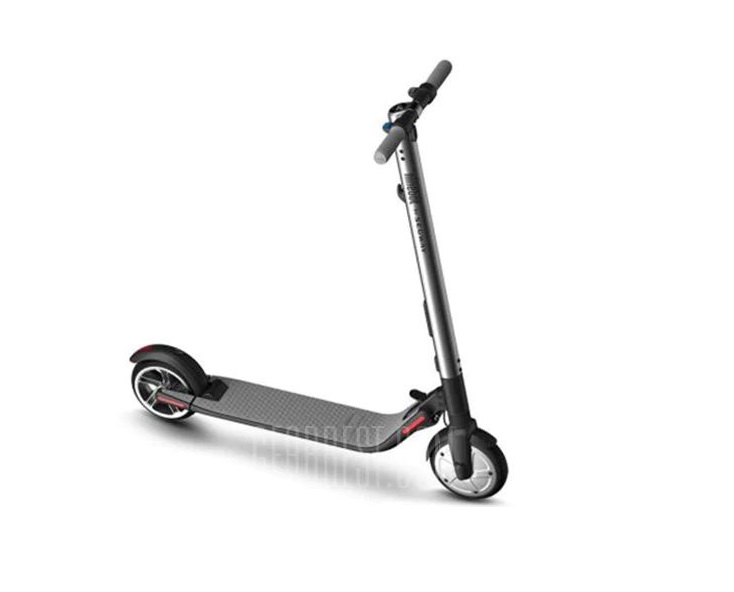 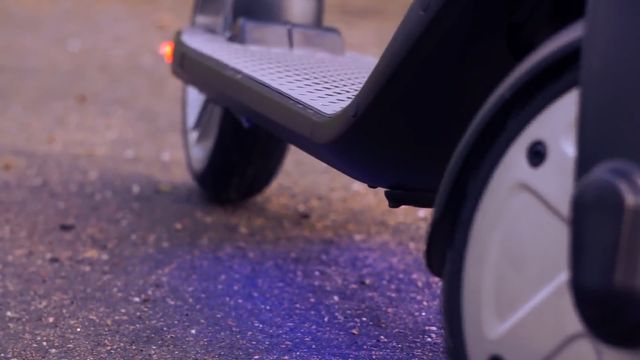 First, we should note that ES2 looks similar to ES1. The design is almost unchanged. New electric scooter received repainted thrust bearing and steering column, and that’s all! However, we think it is good solution, because ES-1 looks stylish, modern and technologically. Accordingly, it doesn’t need to change anything. 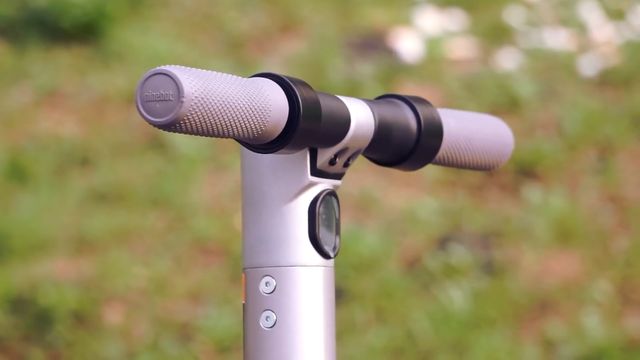 The scooter has a thin deck. The battery is in the steering rack, so it was not injured because of thin deck. On the spot is a tall straight-line steering wheel. There is convenient silicone pad on the deck – it’s much nicer to clean than sandpaper, but keeps it as good. In general, it is an excellent scooter for the city.

Also, there are very cool backlight with a customizable pattern. You can turn it off, if you want. 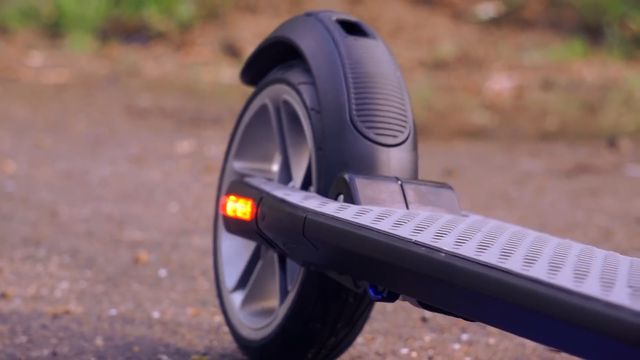 At first glance, it’s even difficult to understand whether this is electric scooter or not. After all, the compact size and wires are typical for all conventional scooters. But if you look closer, you undestand, that it has a motor-wheel. 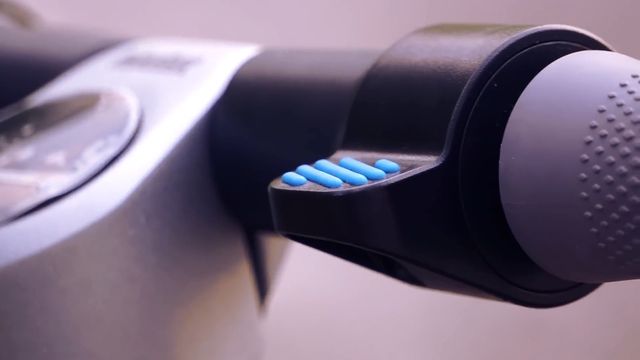 The length of Xiaomi Ninebot ES2 is the same as the first model – 100 cm, the width of the steering part is 43 cm, while the height from the ground to the top of the rudder is 111 cm. The wheelbase (distance between the centers of the wheels) is 82 cm.

Ninebot ES2 base is made almost entirely of aluminum. Only mechanical nodes are made of steel. Scooter is not small, but not bulky, it has a fairly long base and a high steering wheel. The width of the deck is 15 cm, the length of the foot pad is 45 cm. The distance under the deck to the ground is 8 cm.

The mechanism of folding the scooter is the same as it was before. It was very convenient, so it’s good that the manufacturer did not change anything.

However, there is one difference: the wing of ES2 is soft, you can press it with your finger. But, of course, it is supposed to be done with the foot. Push the steering column forward and at this moment press the wing. The stand is easy to fold. It is fixed with the help of a hook entering the groove of the rear wing. 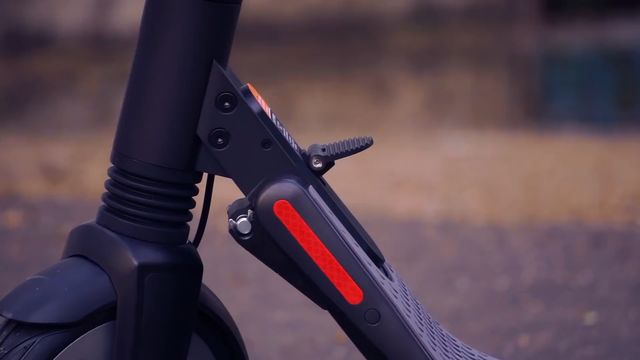 Here everything is very reliable, spontaneous unlocking is excluded. To open the mechanism, you need to press the wing. The whole folding procedure takes a few seconds.

The only conditionally negative point: the electric scooter remains quite massive – about 12.5 kilograms. Also, the handles are still do not fold. Because of this, it is not convenient to roll a scooter in a crowd, and it is hard to carry it. But in the bag the model is placed without problems. 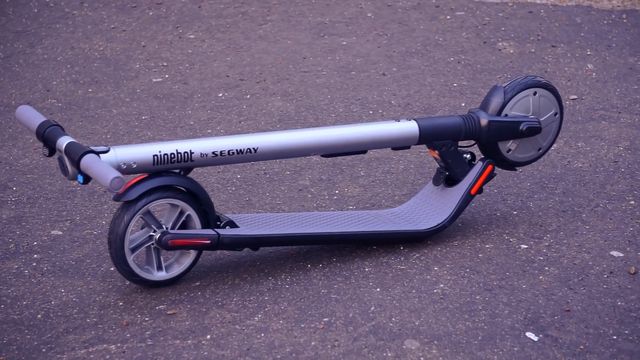 36W, 5.2 A/H provides about an hour of driving. However, just like ES1, new scooter also support an extra battery. Also, Xiaomi Ninebot ES2 has very new location of charging connector. Now it is on the steering wheel, and it is a big advantage! 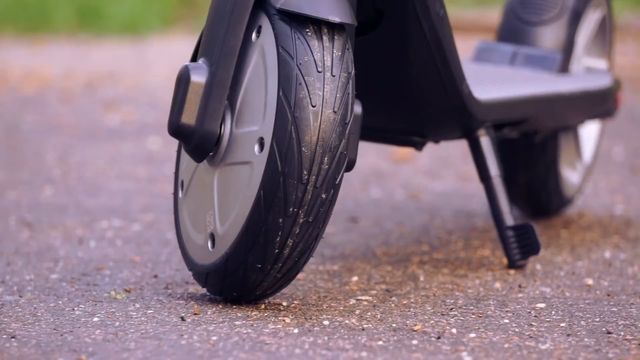 8-inch motor-wheel has improved power: 300W vs 250 at Ninebot ES1. The scooter accelerates to 25 km/h. The course is fairly smooth, acceleration is neutral. It is no faster and no slower than competitors. You can note the high center of gravity. It is because the battery is in the steering column. So, you should get used to balance the scooter. It won’t take much time. 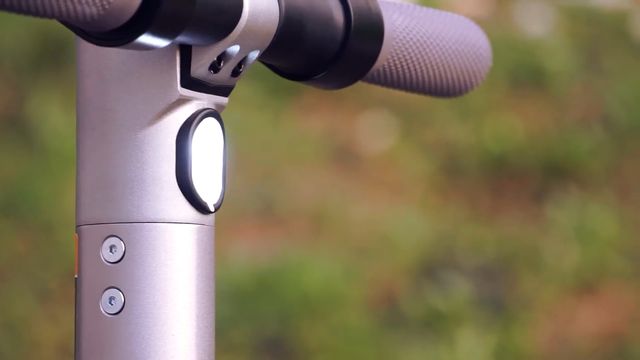 The tires are solid – reliable, but harsh. The situation is a little saved by shock absorbers and rear suspension. It was so lacking in Ninebot ES1! At the same time, the stiffness of the shock absorber is easily adjustable with a conventional key.

The electric scooter can be easily adjusted to its own weight. Another advantage of this model is that the rear wing works like a mechanical brake. This is both convenient and safe. 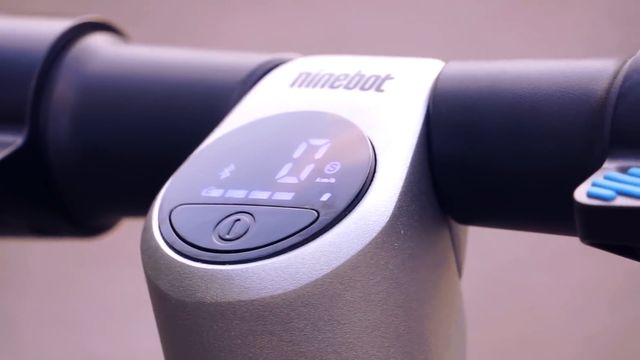 The computer is very simple, without superfluous features. It allows you to track speed, battery power, ride mode and connection to smartphone. There is only one control button – a short press turns the scooter on. The long press turns off, while the double pressing changes the driving modes (standard, economy, sport). Other settings (backlight, mileage, lock, etc.) on the smartphone, through a special application.

Xiaomi Ninebot ES2 is an excellent city electric scooter: comfortable, dynamic and beautiful. The hard wheels and good shock absorbers allows to ride on snow and gravel. The main thing is not to jump from the curbs and not to get on a completely broken asphalt, and everything will be fine!

You can order an electric scooter Xiaomi Ninebot ES2 on Gearbest with discount price of $429.99. The promotion will last until July 16, so you need to hurry up.

If you are looking for a good ecological transport for short distances, then Xiaomi Ninebot ES2 will be a good option.