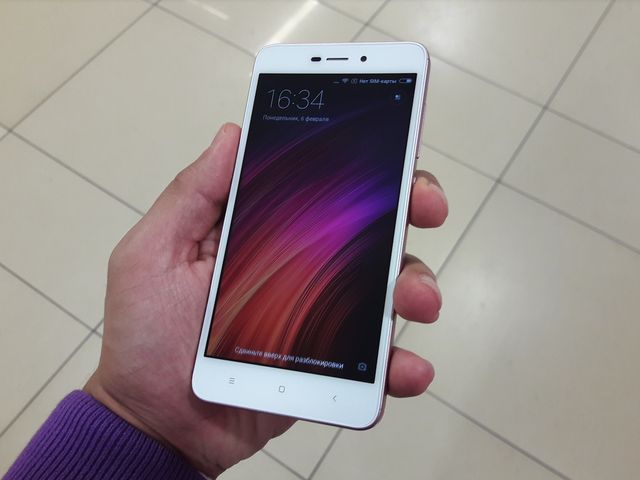 The device Xiaomi Redmi 4A all talking about the budget segment: housing, camera, chipset and iron. In terms of the latter it may be noted that the hardware specifications probably set the bar ultrabudgetary segment for the coming year. As for the cost, while the official announcement stated the price for China’s $ 74, which is very attractive for such a device. But not all so sweet, as to sell our retailers this smartphone at a profit (and sell them all very willing, as the demand for Xiaomi high), they have to be added to the cost of 30 dollars and you end up with about $ 105, which is still very competitive price with such characteristics. 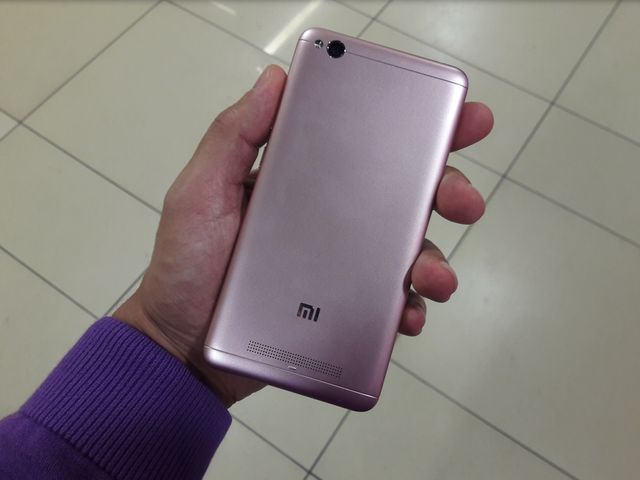 On the front panel under the standard screen are three touch keys that have no illumination. Under the button “Home” is the LED, which lights up yellow during charging. Above the display is the earpiece, left of the proximity sensors and distance, and on the right facing camera. Glass has no effect 2,5D and around the perimeter bordered by a small plastic rim.

The back panel is made of solid plastic trays and completely. Housing molded. It does not remain fingerprints. Only two of the color options in the smartphone: pink (which in our review) and gold. holes are located underneath the speaker over which the “chrome” logo Mi. Top left corner of the camera and flash odnodiodnaya. The Chinese have tried to make the illusion that the smartphone from a metal by making slits emitting plastic dividers for antenna on top and bottom. 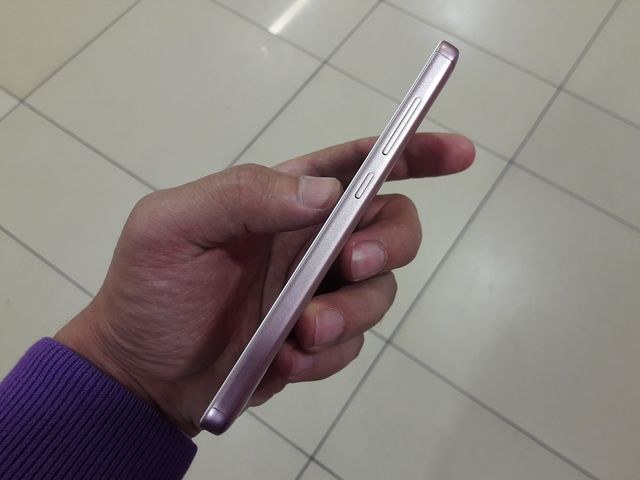 On the right side volume rocker and the power button.

Top infrared eye on the center speaker and noise reduction (which works well). From side to side is a headphone jack.

At the lower end of the Elementary and microphone jack Micro USB.

The chipset in Xiaomi Redmi 4A – eight core Snapdragon 425 (MSM8917) from a company Qualcomm. It is expensive, but a modern solution. Considered the first smart phone, which appeared with the chip. Chipset made by the old. process to 28 nm and has a core Cortex A53, which operate at a maximum frequency of 1.4 GHz.

In general, nothing special, a typical budget chipset that copes with the requirements of the camera interface, and even heavy games. The truth is that higher frame rates games can be expected. I tested several times in AnTuTu smartphone and no heating or hint at it was not. The case remained absolutely cold. The first test result showed 36,126 points, the second – 35 979, the third – 35 922 points in AnTuTu. This indicates that the hardware part of the device will operate stably without losing performance during heavy use. 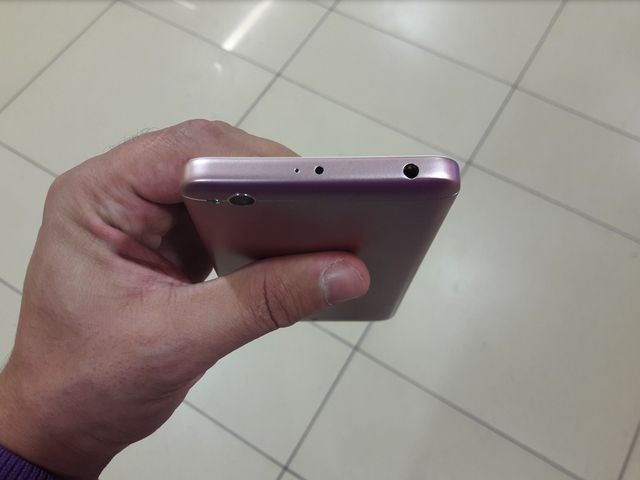 The Xiaomi Redmi 4A 16 GB of permanent storage, but is available in all 9447 Mb. The smartphone supports a memory card slot which is a hybrid tray (or the memory card or SIM card). But when the tray memory card, it does not store images directly to the camera c (it is necessary to activate the settings), and when moving images are transported only in part. Either that defects of hardware or software.

Xiaomi Smartphones – is a kind of lottery in which you do not know what bugs to wait until you try. But they will be in varying degrees, depending on how you are lucky. So you pay less for the more attractive features than the smartphones at the same price of the A-brands. 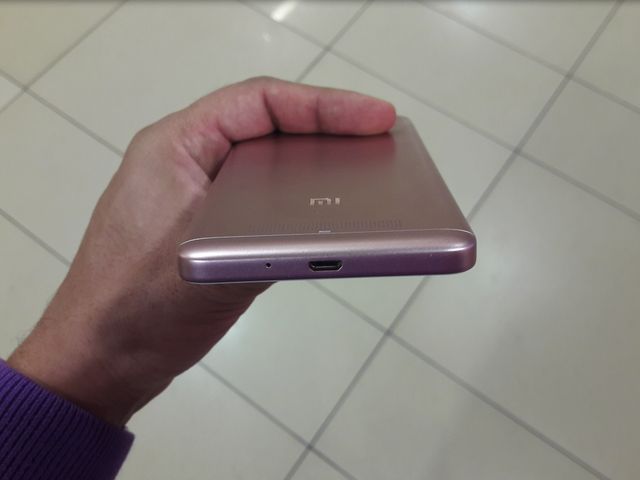 With RAM all to be honest. 4A model has 2 GB of RAM, which is available from 500 MB. It is possible to clean the garbage from the memory via the native MIUI firmware application. This amount is enough for a stable operating system.

The battery in the Xiaomi Redmi 4A has a capacity of 3120 mAh, and this is a good amount for such a display. Autonomy smartphone easily enough for a day with an average load. You will be able to play an hour, to actively use the social. networks throughout the day. The display will run at a maximum brightness of about 8 hours.

Xiaomi Redmi 4A fast charging is not supported. It comes with charger and all 5V 1000mA. From 0 to 100 the battery is charged about 3.5 hours.

In our public sector is LCD display, IPS technology. It has long been customary over the decision with a diagonal of 5 inches HD resolution (1280 × 720). In the settings you can adjust the brightness and warmth of the display colors.

Speaking of brightness, it is enough to be able to see something in the sunny weather. The viewing angles are good from the screen, do not fade at the slopes, only at the highest slopes of the screen slightly away in warm colors. The boxes around the small display that pleased, given that the company in its Xiaomi flagship Mi5s placed display with greater than in Xiaomi Redmi 4A black frame around the display.

The density of the pixels 294 ppi, it occupies 70.2% of the front surface of the panel. Touch responsive layer. Air gap between the display and the external glass not. Oleophobic coating have Xiaomi Redmi 4A very high quality. Fingerprints remain virtually wiped off easily.

The main module Xiaomi Redmi 4A camera shoots at 13 megapixels resolution (4160 × 3120). Aperture F / 2,2. The pictures leave a little blue when your smartphone is wrong with the white balance. If we compare the images with the camera Xiaomi Redmi 4A and Redmi 4, then there is no difference. The cameras are almost identical, as opposed to video. Videos Redmi 4 model has an electronic stabilization, albeit poor, and in the stabilization of Xiaomi Redmi 4A model really bad. You can verify the example video.

In general, the possibility of the camera at a low level of detail that is lame that sounds quite good even when light conditions. Do not look at the number of megapixels, the camera can shoot at 8 or better as well. The only thing that has pleased, so it’s autofocus when shooting photos. The smartphone itself is focused, and do not need to press on the display. The more expensive the fourth model to focus on the pressing need to display on the subject. Therefore, if you choose between the two models and think that the camera in Xiaomi Redmi 4A worse, you’re wrong. Comparison of images under the same conditions 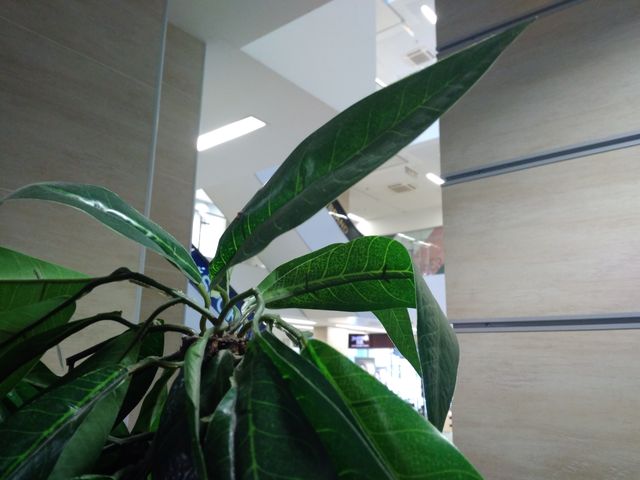 In addition to these proximity and distance sensors have an accelerometer, compass and even a gyroscope.

The quality of sound smartphone is no different from any other state. But he has a good location and the dynamics of such a decision makes it sound quite loud, louder than most competitors. In the video review Xiaomi Redmi 4A volume surpassed the volume in redmi 4, in which the speaker is placed near the USB connector on the bottom.

Not a dedicated audio chip does not have stereo speakers do not have a smartphone. Do not wait for something incredible from the sound in the headphones – the usual player. By the way the headphones is not supplied. But it provided the FM-radio.

The device is the Android operating system 6, which is unlikely to ever be updated to the seventh version. On top of the operating system installed branded and popular in China firmware MIUI, Xiaomi company which started its activities. It would seem that by this program part to be a strong point in the Xiaomi Redmi 4A particular smartphone. But the reality is far from ideal, and if you buy Xiaomi, then you either need to understand the firmware, in the event that most flash device, or put up with minor flaws that are in different smartphones can be different.

In the reviewed version, I did not notice the big bugs, except for the inability to throw over the files on the memory card. But you can not argue that any glitches will not appear in any other unexpected places. I will not list those that can meet, because it can be anything: from the idle light sensor to properly operating the camera application.

Of the features I want to highlight the firmware functionality called “second space”, in which you can create a separate folder. There you can install applications and store files, access to which will be carried out by a password (or fingerprint, but Xiaomi Redmi 4A fingerprint scanner is not).

At the top end there is an infrared port to control home appliances, which is a rarity among smartphones.

Meizu M3 – very similar in features and price of the Chinese smartphone. Of the differences with Xiaomi Redmi 4A, we note the battery at 210 mAh less from Mediatek processor and Android 5.1 operating system.

Samsung Galaxy J1 (2016) SM-J120H / DS – this unit has a lower cost, but also a smaller display (4.5 inches). The camera shoots in HD resolution. The main memory is half (8 GB). The operating system on the generation of smaller, but the software is reliable and does not fail even in small things.

LG K7 X210DS – another Korean smartphone on Android 5.1. Has the same display, but with worse TFT matrix. There is less than Xiaomi Redmi 4A battery is 1000 mAh, less operating and non-volatile memory, and a $ 20 cost less.

Huawei Y5 II – Chinese competitor, officially presented in our market. It has a slightly lower cost, less memory and a little worse chipset Mediatek. The battery is weak, however, soft little safer, at least until the Koreans still falls short.

Pros and cons of Xiaomi Redmi 4A

The review Xiaomi Redmi 4A found that this relatively good low-cost smartphone. I enjoyed it build body that does not creak when pressed and under all possible torsion. The body is not soiled by the way, that can also be a plus. With all of the tasks will be to manage the device. The only and big minus for me – is the software, which you do not know what and where to wait.