Yellen warns time is running out 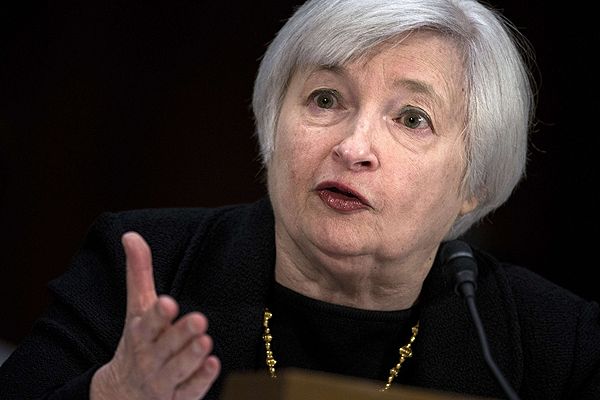 The Fed chief Janet Yellen has said that investors should be prepared for the fact that interest rates could be raised before that market expects. However, apparently, her words went unheeded, writes Bloomberg.

Volatility in stocks, bonds and currencies around the world is nearing its multi-year lows, even after last week, Ms. Yellen made ​​it clear that the Fed’s commitment to low interest rates may change if US economic indicators continue to exceed expectations.

The danger is that the sudden acceleration of the economy can significantly hasten the moment of the beginning of the rate increase, which in turn will lead to a sharp increase in volatility and, as a consequence, endanger the very economic recovery.

“The risk is that market participants do not fully understand the intent of the Federal Reserve, so when the regulator to raise rates, the market will have to adjust to these changes very quickly, resulting in panic selling,” – says Laura Rosner, an economist at BNP Paribas in New York and a former analyst at the Federal Reserve Bank of New York.

Index volatility in the market Treasuries MOVE Index, calculated Bank of America, on Tuesday completed the day at 57.43 points, came close to the lowest values ​​since 1988 Volatility indicator on the stock market – the VIX Chicago Board Options Exchange – closed at 14.93 points, despite the fact that the average value over the last 20 years is 20.75 points. The situation is similar in the foreign exchange market, where volatility index JPMorgan Global FX Volatility Index stands at 7.38 points, a historic low was updated in July at around 5.3 points.

The relative calm in the markets due to the fact that at the last meeting, the Fed kept the phrase in the text that rates will remain low for an “extended period of time” after the end of QE. However, according to Bloomberg, investors seem to be laid for a longer retention period of zero rates than the control.

Recall that at the next meeting in October, the Fed plans to completely collapse incentive program. Meanwhile, the unemployment rate fell to 6.1%, while in full-time employment as the Fed sees unemployment in 5.2-5.5%.

It is worth noting that despite the persistence of the key parameters of a statement at a press conference Janet Yellen has made it clear that no further action will depend on incoming economic data: “Markets have to understand that there is uncertainty and that the statements of the regulator are not firm commitments kakogo- a particular period of time. “

In fact, the agency Bloomberg, perhaps somewhat worsen the situation, because the Fed has repeatedly stated that they intend to reinvest the proceeds of the assets on its balance sheet. On the other hand, immediately after the expiry of the September futures and options on the American market correction began, which is still ongoing. Probably, it will, and much more serious scale, time will tell.