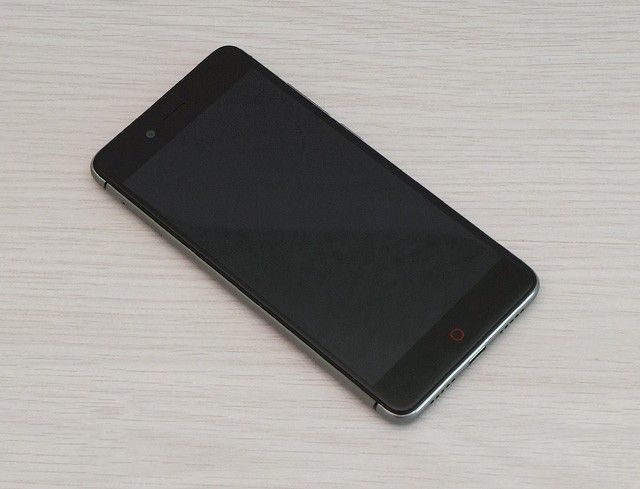 In my opinion, Nubia line is one of the most interesting in the entire lineup of the company ZTE, but until recently, the company chose to sell our Blade and Axon, Nubia and passed by the Russian market. But the situation is gradually changing, and now on sale in the federal retail is already possible to find two smartphones from Nubia line: ZTE Nubia Z11 Mini and Z9 Max. On the first talk.

The equipment to normal Z11 I’ve seen yet and headsets, but apparently, Mini-versions of them did not get. Just wanted to mention nice flat Type C cable.

That reminds me of the appearance ZTE Nubia Z11 Mini? Perhaps this is sort of a mixture Sony Xperia design (glass and plastic to cover the rear), the old models Meizu (below the screen display, although there is a moot point, because ZTE in the end won the case in the new Meizu kruglyashok disappeared) and Apple iPhone (ends and mesh speaker). However, usually a mixture of debt and get something different and individual. So it happened in the case of Nubia, the model has its own characteristics, I’ll take him to the use of red and black (or red and white) color scale both in appearance and in the smartphone interface. 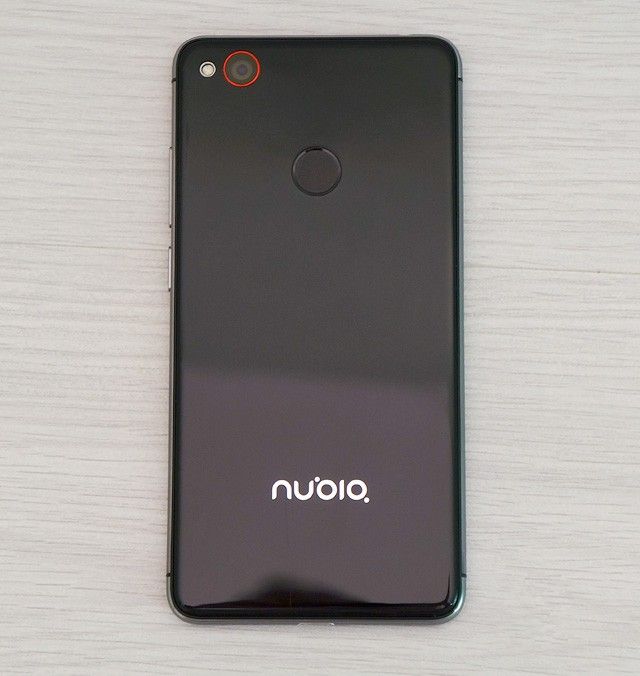 On the front side of the light sensor, proximity and mesh earpiece. Under the screen is a touch panel with a round button in the middle. It also serves as a warning light, its behavior can be changed in the settings. Short press the right button is responsible for the action of the “back”, and the long -. ‘Challenge recent applications ” The left mouse button at the same time is used for the menu. It is unclear why so to do, when it’s all switched to a system of “back-home-recent applications.”

The right is the volume rocker and the power button. They have a good soft pressing, use the keys handy.

The bottom end – the port Type C, mesh spoken microphone and an external speaker. Do not be fooled by the appearance of the speaker, then he is one, and the second mesh – a microphone. In a good speaker sound quality, but the volume level I would call average.

Top mounted Stereo 3.5 mm headphone jack and a hole for a second microphone.

Interesting fact: the side ends are made of aluminum, and the top and bottom – made of plastic.

The back cover is made of plastic, and it is, in general, a negative model. If used glass with oleophobic coating, the impressions of the smartphone would be a little different. He would have felt expensive.

There is also a fingerprint scanner, it works very quickly, simply swipe your finger to unlock it. By the way, here used some its software to work with the scanner, so applications that support the same TouchID the Nexus, there will not work. On the other hand, you can protect any application footprint through its own utility. 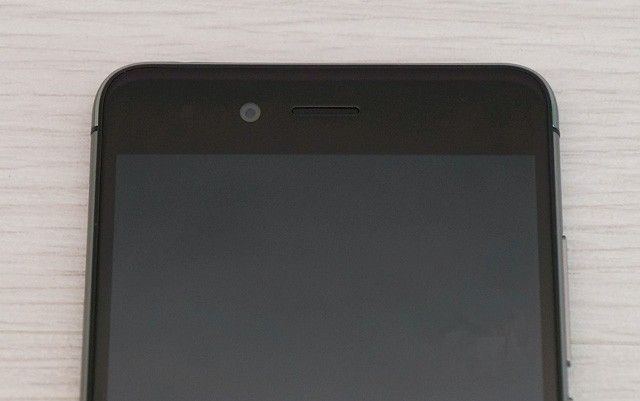 This smartphone – one of the few remaining representatives of compact vehicles, which are more or less comfortable to hold in hand. By ZTE Nubia Z11 Mini size easy to get used to it after the iPhone 6, and to use it, in my opinion, is much more comfortable than the 5.5-dyuymvymi devices. By the way, the ends and the rest does not slip, so the chances of dropping your smartphone are greatly reduced.

Support “multitouch” There, up to ten simultaneous touches

The smartphone uses a very good display with excellent viewing angles, natural colors (which, incidentally, is adjusted), a large reserve of brightness and the absence of an air gap between the screen and the glass. And here is very good oleophobic coating.

Display Options for the eyes is enough for most usage scenarios, I gladly enjoyed the TV in the ZTE Nubia Z11 Mini. Generally, in Nubia usually give a good display, I remember back on Z9 Max. 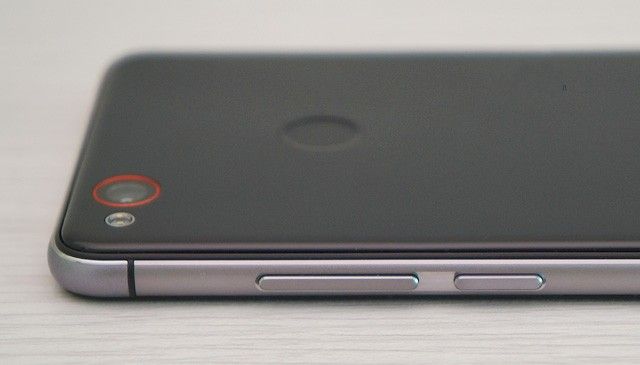 The smartphone runs on Android 5.1.1 and Nubia UI 3.9.6. Frankly, this shell like me more than the ones that are used in the lines of ZTE Axon and Blade. She is beautiful and functional at the level of the other major producers.

Good launcher. Cool feature, which I have not seen in other desktops: you can select multiple icons and move them directly from one table to another.

Normal icon, no ugly mess with rounded icons. And yet there is a two-screen mode, the ability to run two independent copies of applications (two separate VC client, for example), and many other things screencast.

The only thing I did not like – an inconvenient removal of screenshots. The combination of “ON + volume down” works fine, but then you need to select an area of a screenshot or a screenshot and then click “save”. Part of the problem is solved by including trehpaltsevogo gesture to remove the screenshots, there is no such a leapfrog. 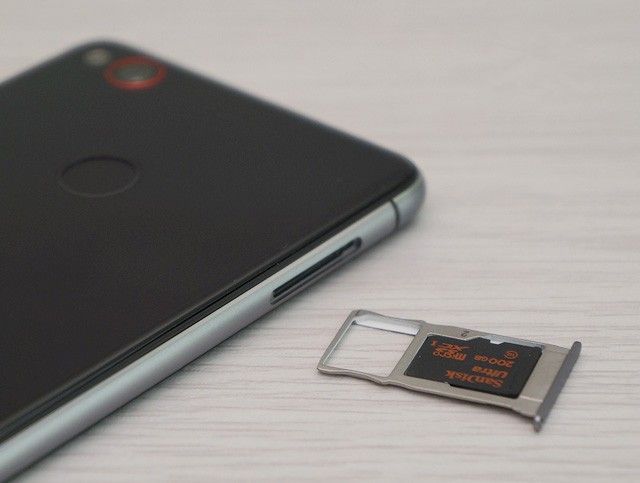 As I have said many times, capacity 600 series for the eyes is enough for most daily tasks. With the optimization of the machine all too well, for example, the launcher is fast, the settings do not lag when scrolling the browser too. The ZTE Nubia Z11 Mini toys also shows good results.

In the capacity of a good smartphone, considering its dimensions. Of course, not 4000 mAh, but on a day of its fine enough. If we measure the time included the screen, then four or five hours of activity, you can safely rely. But support QuickCharge the machine does not, from my charger Tronsmart device (and also from the brand) it charges more than two hours. 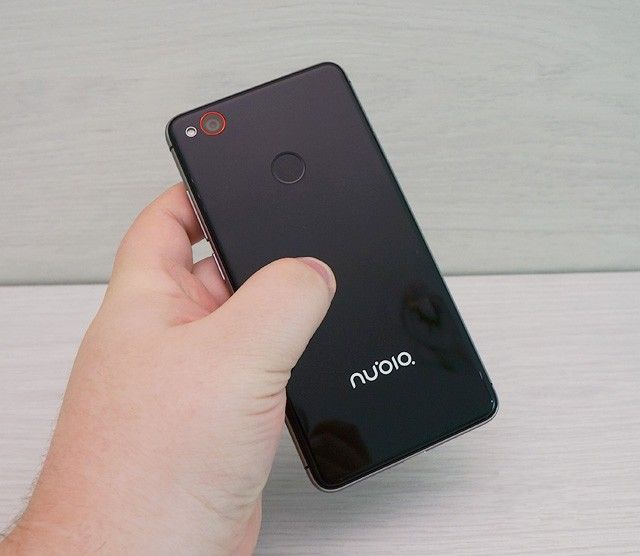 Traditionally, the middle segment vehicle from ZTE Nubia Z11 Mini good shots on a sunny day, but with a lack of light output decreases slightly, but, in my opinion, still looks good. Macro also good work out machine, however, is a common dignity of the cameras in smartphones.

Built-in camera app is very functional, it can shoot and TimeLapse SlowMo, have professional shooting mode and various presets.

Front camera copes with the Self, the default shooting mode is enabled when a smile is detected, it works, by the way, is excellent. Of course, the camera supplied with a built-in “byutifikatorom” asked her friend to test it, and I quote her: “Well, this effect porcelain skin More Chinese women love.” However, the correction can be disabled.Video unit removes mediocre, there is a digital zoom, by pressing the focus, the maximum resolution of 1080p. 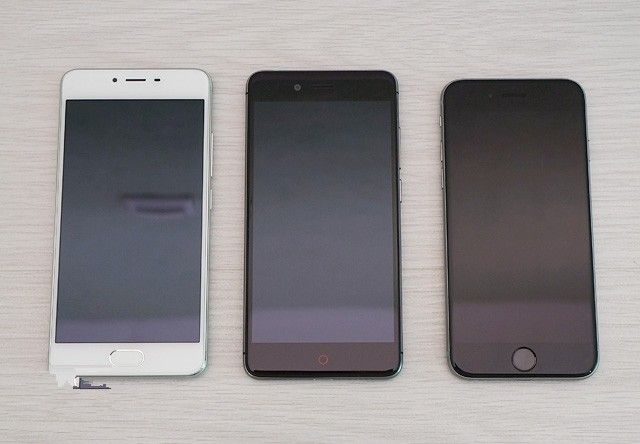 The interface here is almost full gentlemen’s set, except that there is no NFC. This, incidentally, is a mystery to me, because in cheaper Z9 Max he is.

In the apparatus excellent voice quality, you and your partner can hear each other perfectly.

In the retail ZTE Nubia Z11 Mini sells for 23,000 rubles. For the money you get a beautiful smartphone with a proprietary design of Nubia. Of the advantages I note a good display on all parameters, fast operation interface, the functional shell, a good time and a decent camera.

Critical flaws in the model no one can find fault except to mark the plastic back panel. The issue price is only at the start of sales, I would like to see the price tag on the level of 18-20 thousand rubles.

If we talk about competitors, given the dimensions of the model, I am reminded of the move Sony Xperia Z3 Compact. He is now being sold for 24-25 thousand. The characteristics of the device yields ZTE Nubia Z11 Mini, Sony is usually taken just for the brand, so that he and “Nubia” different target audiences.

Another competitor is the Huawei Honor 7, similar in many ways, but heavier (157 grams versus 138 at ZTE Nubia Z11 Mini).

And, of course, do not forget Samsung Galaxy A5 2016. Another worthy device at the same price.

As you can see, competitors ZTE Nubia Z11 Mini enough, and they all look the least interesting for the same (+/- thousand) price. That is why ZTE is worth thinking about a small reduction in the cost up to 19-20 thousand rubles, for the other parameters the machine they came out very good.