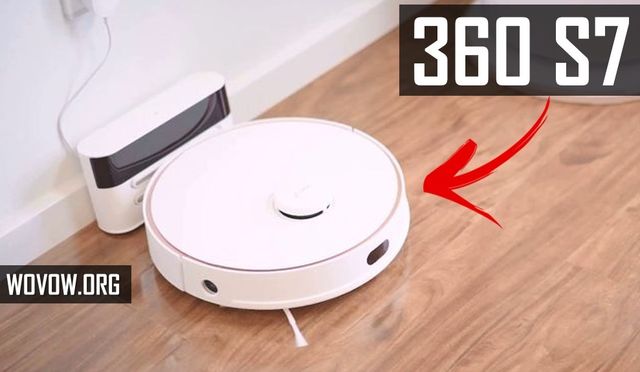 360 Mobiles company is known on the Chinese market for its budget smartphones and video surveillance cameras. However, the last two years, the Chinese manufacturer has been developing its own robotic vacuum cleaners. Since the beginning of 2018, 360 Mobile has introduced two vacuum cleaner – 360 S6 and 360 S5.

In June 2019, the Chinese company announced the release of its new robot vacuum cleaner called 360 ​​S7. It has a high suction power of 2000 Pa, dry and wet cleaning, 2 hours of cleaning time on a single charge and LDS LIDAR and SLAM technologies.

The previous models 360 ​​S6 and 360 S5 have become popular because of many useful features and pleasant price. What about new 360 S7? Let’s make the first review of new robot vacuum cleaner and find out its main features. 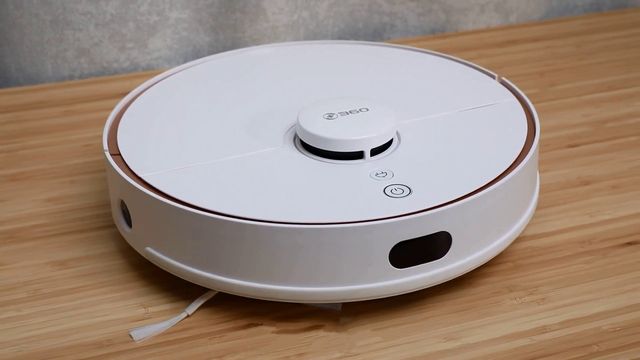 The design of 360 S7 is very similar to the latest models of Xiaomi or Roborock vacuum cleaners. At first glance, the main difference between them is in location of control buttons. 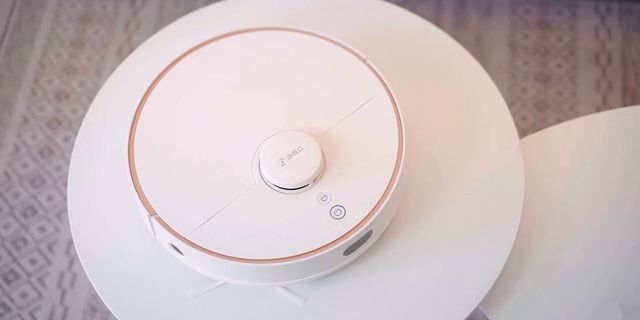 The new vacuum cleaner has a circle shape, and it comes only in white color with orange details. The body of 360 S7 is made of matte ABS plastic.

The dimensions of new robot vacuum cleaner are unchanged from with previous models – 35 x 35 x 10 cm. Thanks to its compact size, 360 ​​S7 is able to clean under bed, sofa or table. The weight of the vacuum cleaner is 3.68 kg. 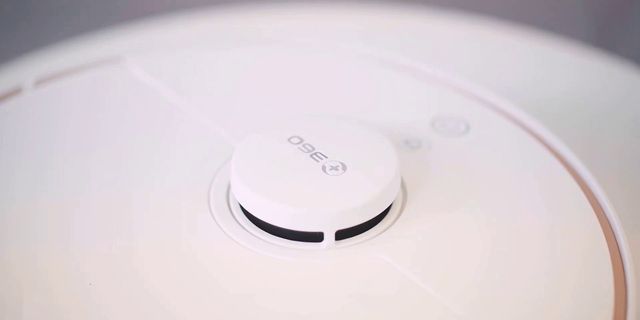 On the top panel there is a small round tower, in which the room scanning sensors are installed. It moved to the center of the top panel, as it was in 360 ​​S5. Also, here we can see 360 ​​company logo. 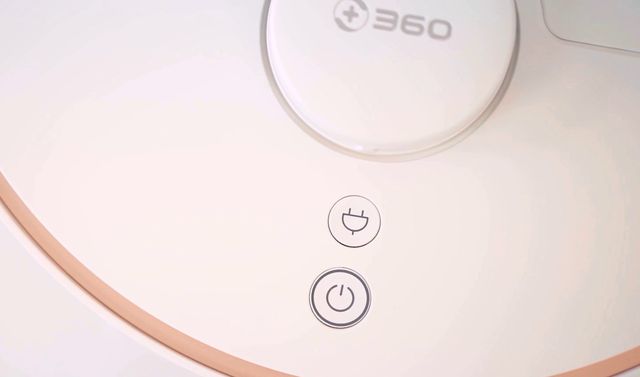 Nearby are two control buttons. The first button is to start and stop the cleaning. The second one is to return the robot vacuum cleaner to charging station. 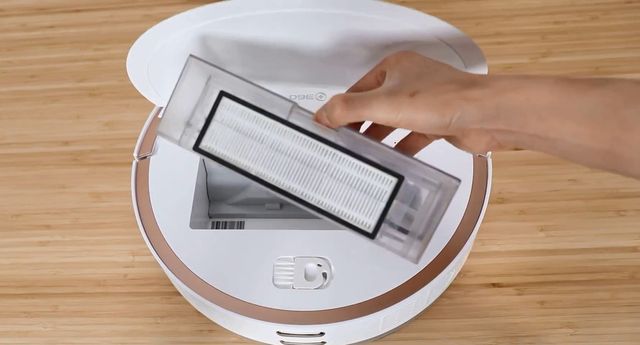 The second half of the top panel is occupied by the cover, under which the dust collector is located. Its volume is 0.57 liters. 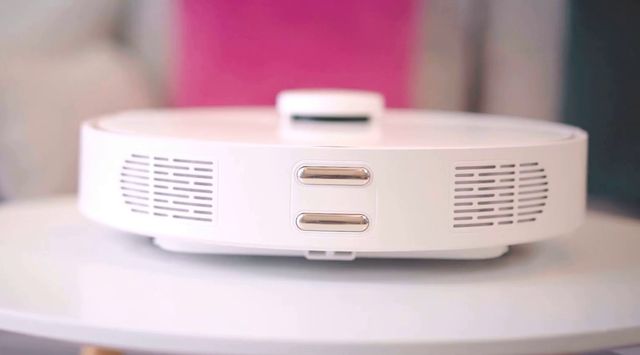 On the side faces there are special sensors and bumpers that prevent collisions with furniture and walls. The magnetic strips for charging and a grid for cooling of robot vacuum cleaner during cleaning are also located on sides. 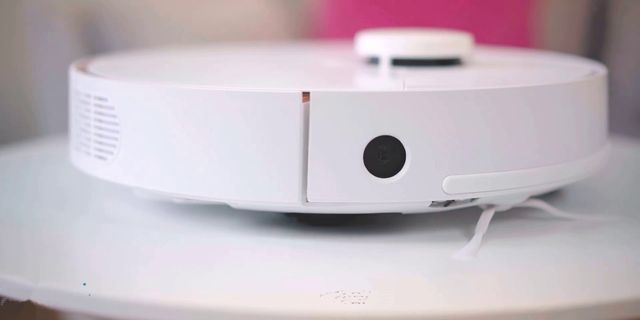 Now let’s look at the bottom panel. There is a long main brush for suction debris. On the right is another side brush with long tassels. It collects debris in hard to reach places and corners. On both sides are two large wheels, and one central in the front. 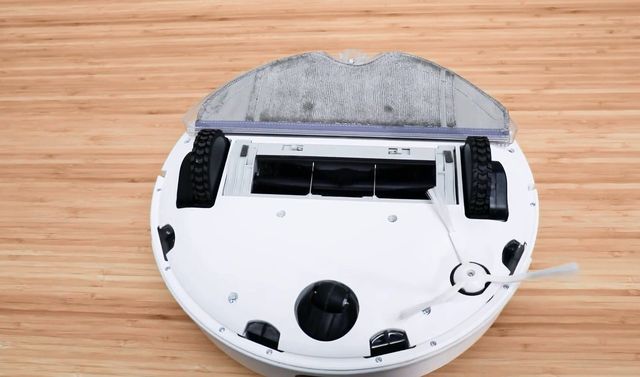 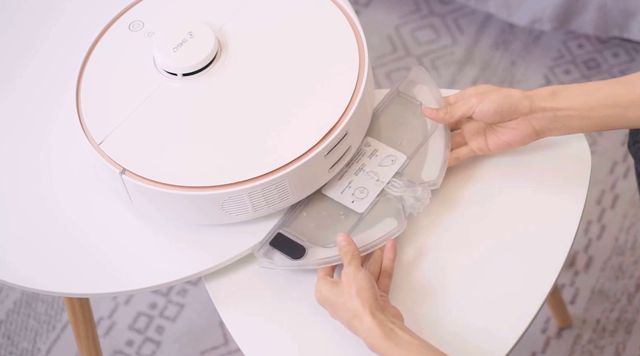 We want to remind you that none of the previous 360 robot vacuum cleaners had a wet cleaning function. 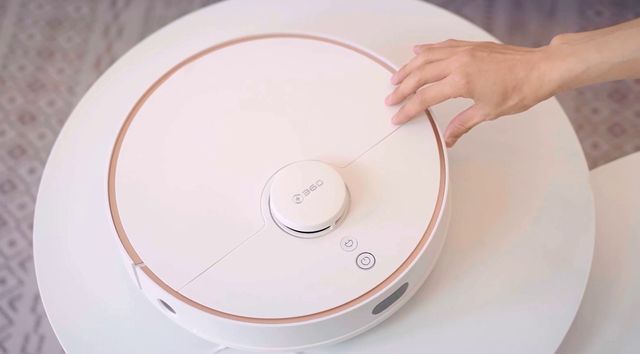 Perhaps one of the main functions of 360 ​​S7 is wet cleaning. Moreover, the robot vacuum cleaner is able to perform dry and wet cleaning at the same time. You just need to install the brush on the front side to collect dry debris, and a container with water to wipe the floor on the back. As you understand, the cleaning process has become faster and more efficient. 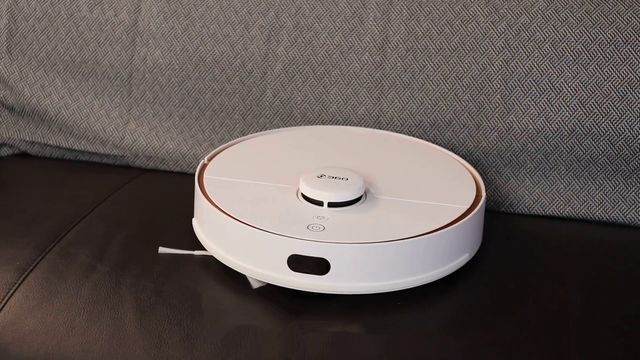 The robot vacuum cleaner automatically changes the mode to wet cleaning if a water tank is installed. If the container is removed,  360 ​​S7 goes into dry mode. You do not need to change anything in the settings. Water is slowly and evenly distributed on the cloth for cleaning. If the robot vacuum cleaner is turned off, the water supply stops. 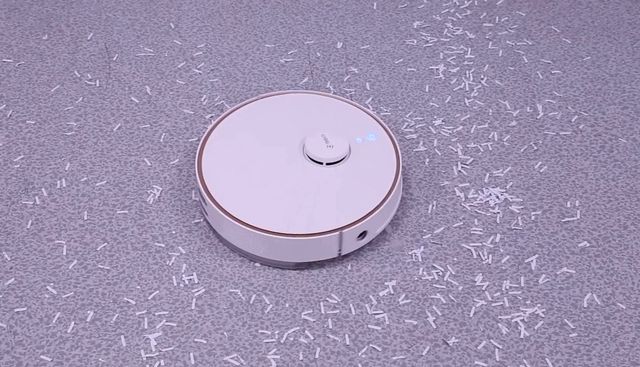 360 ​​S7 motor has a suction power of 2000 Pa. This is enough not only to collect small debris and animal hair, but also to suck in small metal balls. 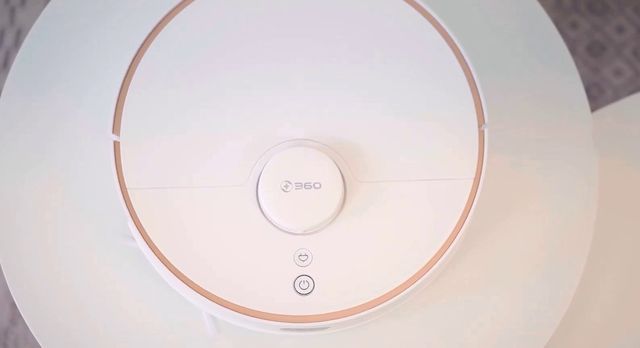 The vacuum cleaner offers three suction modes: quiet, medium and maximum. The suction mode automatically changes depending on the surface. While carpet cleaning, the suction power is increased to 2000 Pa for deeper cleaning. 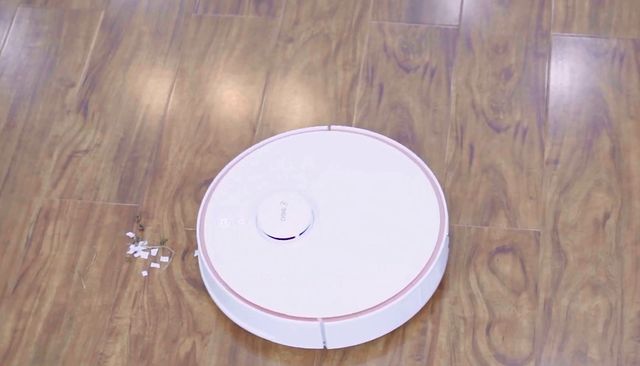 We should also note that when 360 S7 cleans the carpet, the function of wet cleaning is automatically turned off. It is done not to leave wet spots on the carpet. 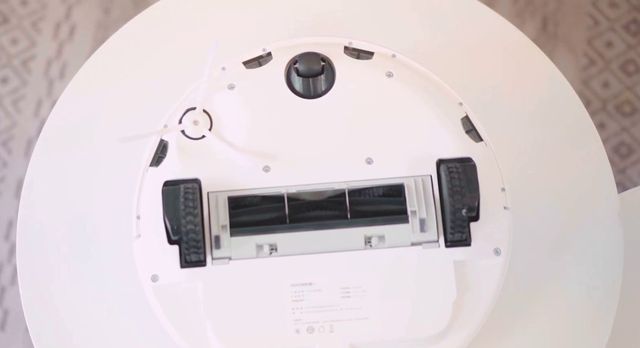 The new robot vacuum cleaner from 360 is equipped with a battery capacity of 3200 mAh. A full charge is enough for 2 hours of cleaning. The battery life depends on suction power. A full battery charge takes about 150 minutes. 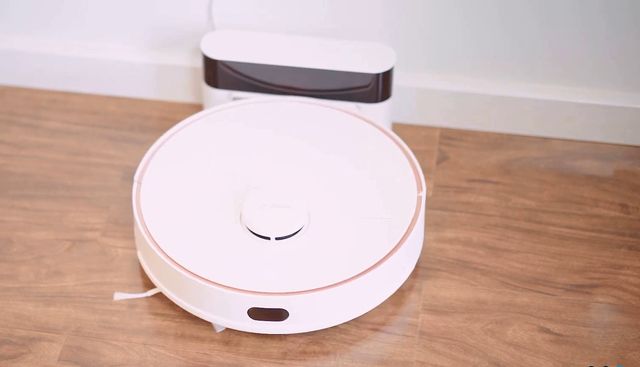 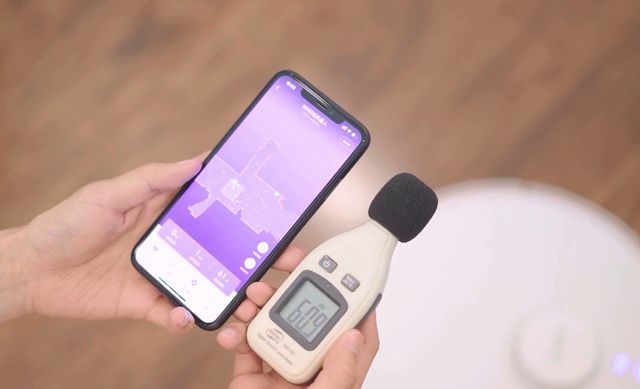 Despite the high suction power, 360 ​​S7 is equipped with a double channel to reduce noise. The maximum noise level is 65 dB in the most powerful suction mode. 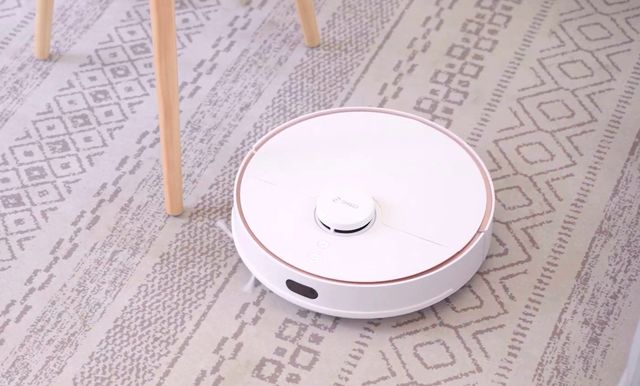 As for sensors, 360 ​​S7 supports LDS Lidar technology and SLAM. The robot cleaner scans the room, creates a map and plans the most efficient cleaning route. 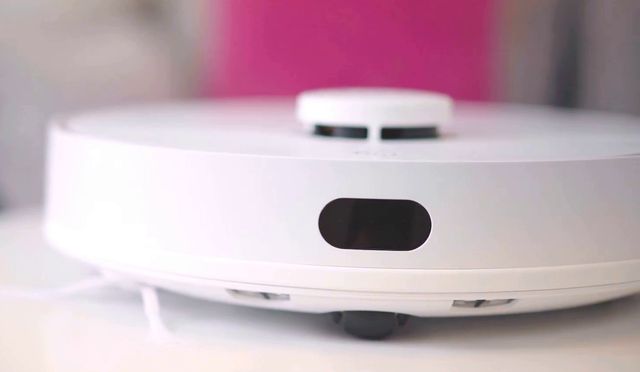 By the way, the robot vacuum cleaner is able to recognize objects through which it is able to pass, for example, curtains or sheets. 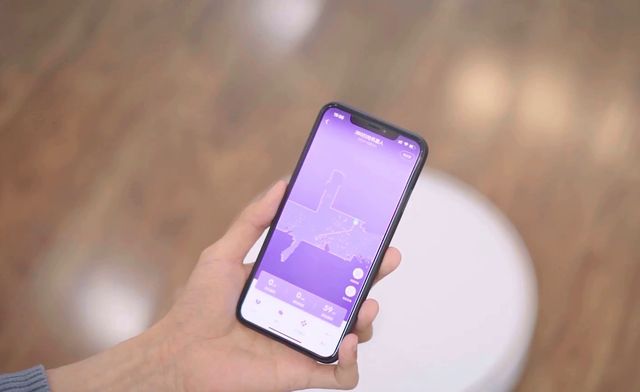 Four special sensors are installed in the lower part of the case, which prevent the fall and warn the robot vacuum cleaner about the steps. 360 ​​S7 can overcome heights up to 2 cm. As you understand, a vacuum cleaner should not have problems with doorsteps. 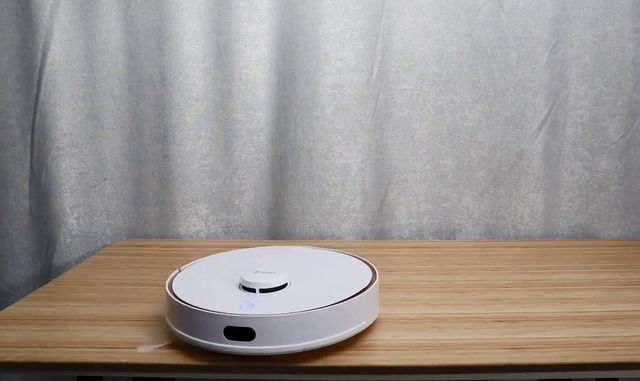 The application on smartphone allows setting restricted areas for both wet and dry cleaning. This function is useful if, for example, there is a lot of wires in one of your rooms, and doing wet cleaning is simply dangerous. 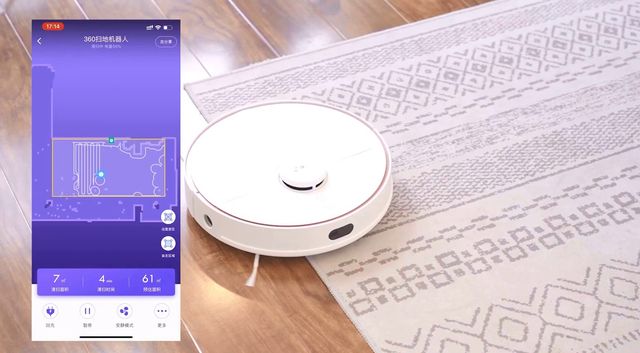 Using the application, you can set the scheduled cleaning. Each of the rooms can be divided into separate areas, differently called them and set the cleaning time, for example, kitchen, living room or bedroom. 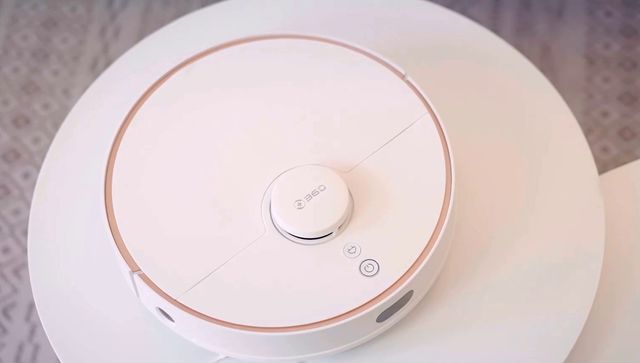 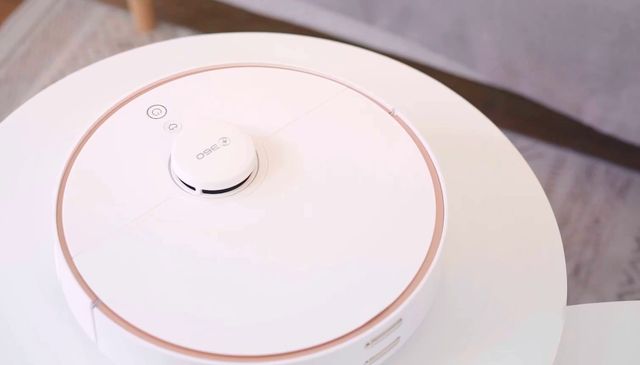 360 S7 robot vacuum cleaner hasn’t yet gone on sale, but we know that its price should be about $350.

If the price is confirmed, 360 ​​S7 will be a serious competitor for Xiaomi robot vacuum cleaners. S7 has several advantages over its competitors: dry and wet cleaning, 2000 Pa suction power, low noise, long battery life and many sensors. 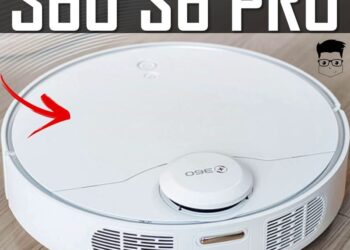 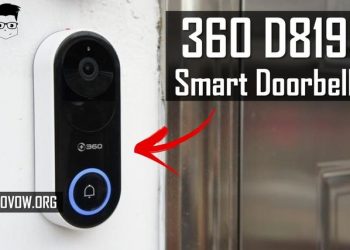 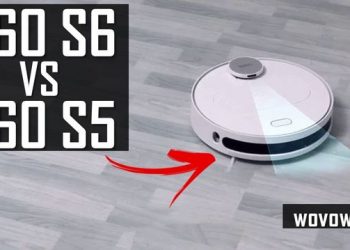