5 Reasons To Buy Xiaomi Mi Band 5, Even If You Already Have Mi Band 4 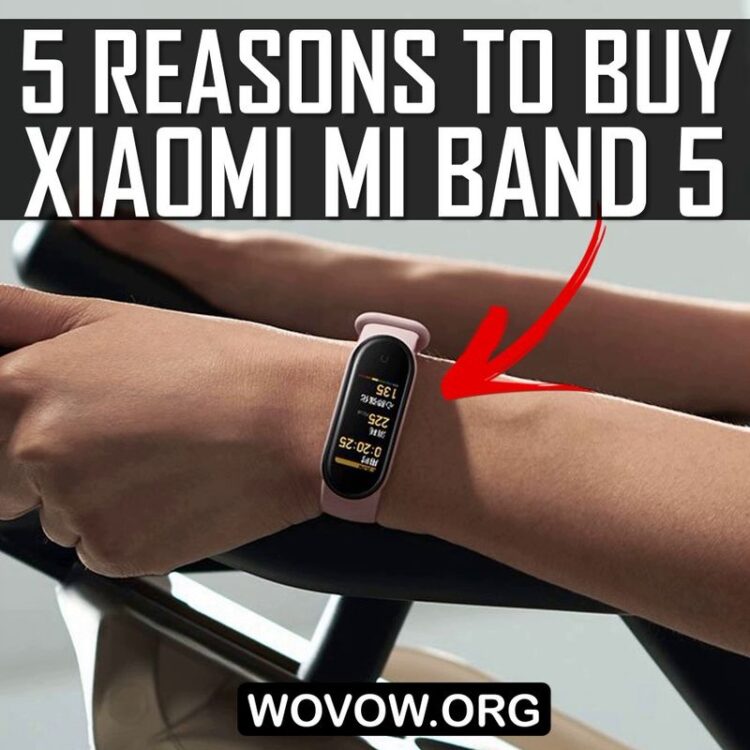 You know, I bought every new generation of Xiaomi Mi Band fitness tracker, but only after the release of global version. This year I couldn’t resist the temptation, and bought the Chinese version of Xiaomi Mi Band 5 on Aliexpress. The new fitness bracelet has not yet been sent to me, but I am looking forward to it. Full review with unboxing and tests will be on our website WOVOW.org.

In this article I want to tell you about 5 reasons why you should buy Xiaomi Mi Band 5 too. At first glance, Xiaomi Mi Band 5 looks similar to Mi Band 4, but there are some very important changes. The price of the new fitness bracelet is almost the same as the previous generation, you should definitely buy it, even if you already have Mi Band 4.

The first and perhaps the main reason why I decided to buy Xiaomi Mi Band 5 is the new magnetic charger. I’ve been waiting for this upgrade since the first generation of the fitness bracelet.

As you know, Xiaomi Mi Band 4 and older models had quite awkward chargers. You had to pull the fitness tracker out of the strap all the time to recharge it. Of course, the strap breaks quite often, or it doesn’t look nice after months of use.

If we talk about Xiaomi Mi Band 5, you change need to attach a magnetic charger to the back of the fitness tracker and you’re done! The charge is gone. Now there’s no need to remove the tracker from the strap. This is very handy.

The next reason why I decided to buy Mi Band 5 immediately instead of waiting for the global version is the new sports modes.

I am active in the gym, and rowing machine is one of my favorites. Imagine my surprise when I found out that Xiaomi Mi Band 5 has a rowing sports mode. It’s amazing!

Another new sports mode that will be useful for me is the rope. Whoever goes to the gym knows that the rope is one of the best cardio equipment to burn fat.

The Chinese manufacturer has not forgotten about yoga enthusiasts. Xiaomi Mi Band 5 received a sports mode of yoga, as well as indoor bike and elliptical training.

An important update is the bigger screen size. Now it has 1.1-inch diagonal, while Xiaomi Mi Band 4 had 0.95-inch display.

I can’t say this is one of the main reasons why I decided to buy Xiaomi Mi Band 5, but it is a very good bonus. On a larger screen, there is more information like notification text.

Stop! Do not judge me for false information. I know that the Chinese version of Xiaomi Mi Band 5 does not have Alexa voice assistant. However, information about this feature was found in Mi Fit app programming code.

Most likely, the global version of the fitness bracelet will have Amazon’s voice assistant support. And really, why Alexa Voice Assistant in the Chinese version of Mi Band 5 Fitness Bracelet, if it’s not as popular as its Chinese counterparts.

However, Alexa’s voice assistant in the global version of Xiaomi Mi Band 5 is also not officially confirmed. Only after the release of the international version of the fitness bracelet, we will know for sure.

It is very pleasing that the Chinese manufacturer understands one of the main advantages of its fitness bracelets over competitors – affordable price.

Where To Buy Xiaomi Mi Band 5?

I bought the new Mi Band 5 fitness bracelet at Aliexpress during a summer sale for only $28. When you buy from two items, you get a $3 discount.

The fitness bracelet is also available on GearBest and Banggood, but at a higher price.