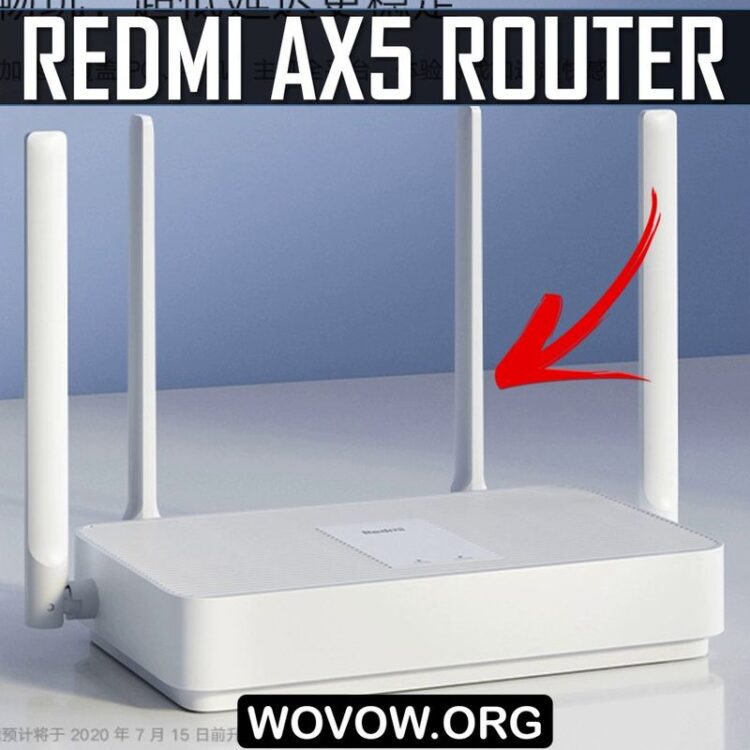 I am very interested in which router is better. The new Redmi AX5 router is cheaper than Xiaomi Mi Router AX1800, and it has very different design. However, both of them are very affordable – under $50.

So, let’s compare design, features and specifications of these Wi-Fi 6 router, and find out which one is better.

The main difference between Redmi AX5 and Xiaomi Mi Router AX1800 is design. The routers look very different. Xiaomi AX1800 has square long body, while Redmi AX5 looks similar to many other router.

Also, the new Wi-Fi 6 router from Redmi is available in only white color, while AX1800 has black body. As you can see, there are no external antennas on Xiaomi Mi Router AX1800. Its competitor from Redmi has four antennas. However, I am not sure that Redmi AX5 has better Wi-Fi signal and faster speed. Later we will check it out.

Both new routers have WAN port and three LAN ports.

The routers have very different design. Moreover, Redmi AX5 is much more compact than AX1800. The weight is about the same.

The memory in these routers are also the same: 128MB of ROM and 256MB of RAM.

The hardware of new Xiaomi Wi-Fi 6 routers is identical, so the features are also the same.

Both of them support dual band Wi-Fi. The maximum Wi-Fi speed of 2.4GHz is 574Mbps, while 5GHz has maximum speed of 1201Mbps.

I am not going to talk about the main advantages of Wi-Fi 6 router here, because we are just comparing Redmi AX5 and Xiaomi Mi Router AX1800. However, you should know that Wi-Fi 6 is a killing feature. If you are looking for the new router in 2020, then you need to choose that supports Wi-Fi 6.

You can also use both Xiaomi routers to create Mesh system. However, I am not sure that you can connect Redmi AX5 to Xiaomi AX1800. Most likely, they are not compatible with each other.

Now, I want to compare the price of the new Xiaomi routers. Both of them are available on sale at Aliexpress, GearBest, Banggood and other Chinese stores.

So, AX1800 router is a little more expensive than Redmi AX5. I think it is because the router is bigger, and the manufacturer has spent more plastic to produce it.

However, the performance is the same, so I don’t see any point in buying Xiaomi Mi Router AX1800. You can only buy it if you like its design more than Redmi AX5.