Today we want to tell you about the new Xiaomi Wemax C700 4K Laser projector. Wemax projectors are famous for their flagship features, elegant design and affordable price.

Of course, Wemax projector are not budget, but similar projectors from LG, Samsung or other companies cost two or even three times as much. 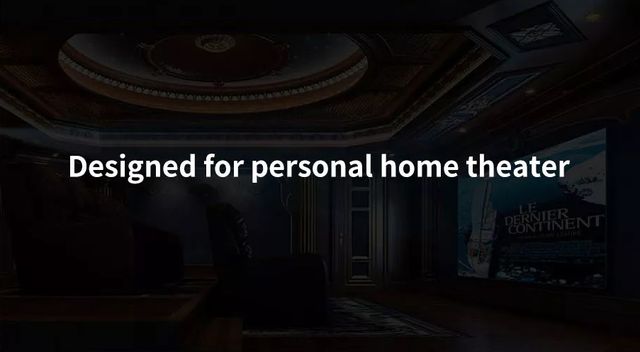 We have prepared the first review of Xiaomi Wemax C700. Later we will try to buy a new projector, and make unboxing, test and full review. 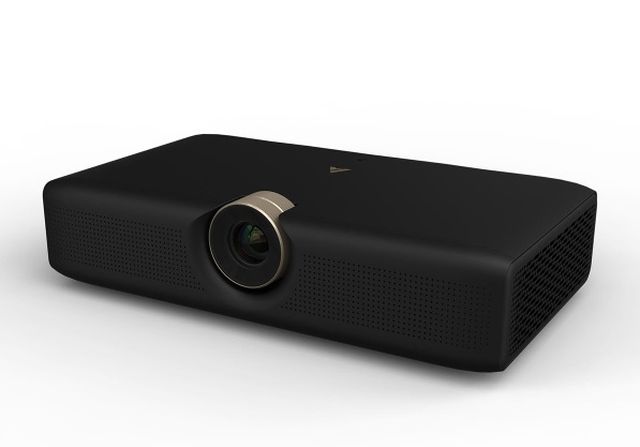 The first thing to notice is new design of Xiaomi Wemax C700. It differs greatly from its predecessors – Xiaomi WEMAX L1668FCF and Xiaomi WeMax One Pro FMWS02C.

The new projector is also made of black matte ABS plastic, but now the lens is located in the center of front panel, but not on the top.

The projector has a rectangular shape with rounded edges. It looks very elegant and minimalistic. As you know, Xiaomi can create stylish devices. 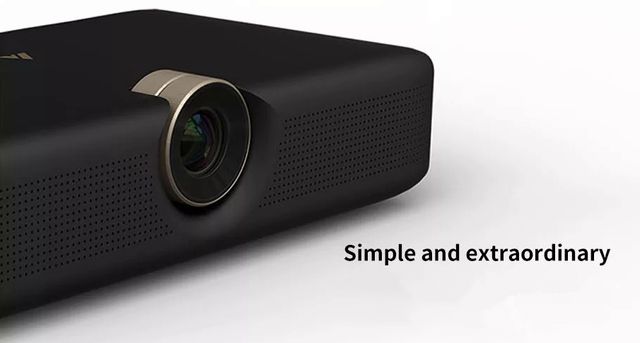 Xiaomi Wemax C700 cannot be called a compact projector, because its dimensions are 56.8 x 47.5 x 18.3 cm. However, it is not bulky, and you can easily place it on shelf, bedside table or small table. Thanks to its stylish design, it looks great both at home and in office.

Now let’s talk about the appearance of new projector in detail. 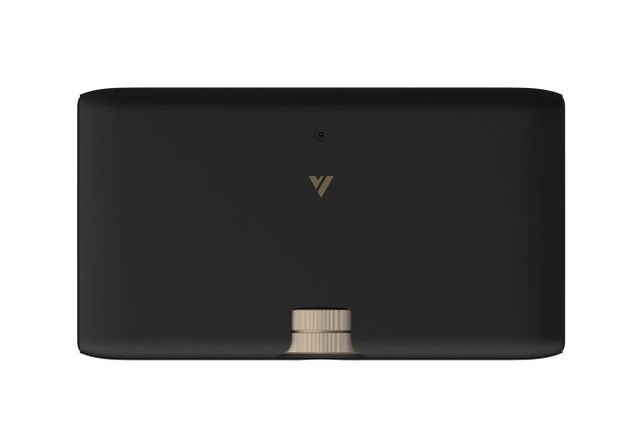 On the top panel there is a small triangular company logo, a physical button to power on the projector. You can also see two small wheels to adjust and correct the projected image. 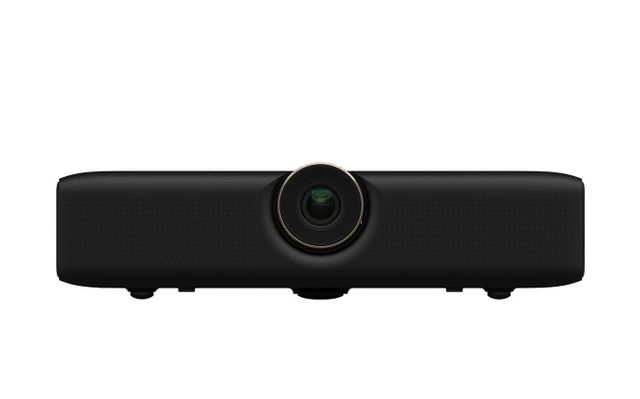 The side panels have cooling holes.

All ports and connectors are on the back of Xiaomi Wemax C700. It should be noted that there are many of them: USB 3.0, USB 2.0, headphone and microphone jack, SPDIF and three HDMI ports.

Thanks to variety of interfaces, the user can connect additional devices to projector, such as external speakers, game console, laptop, smartphone, etc. 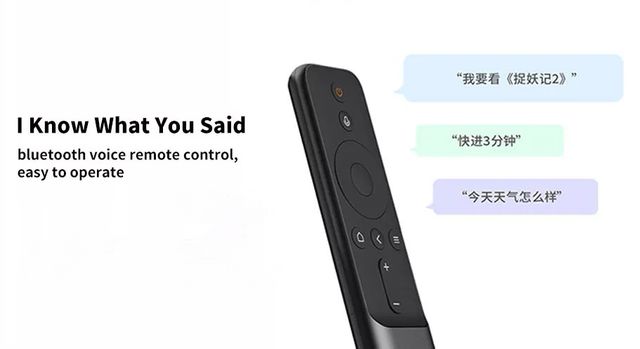 By the way, the package includes remote control. It has exactly the same appearance as the previous Xiaomi Wemax projectors.

The remote connects to projector via Bluetooth, and it supports voice control. 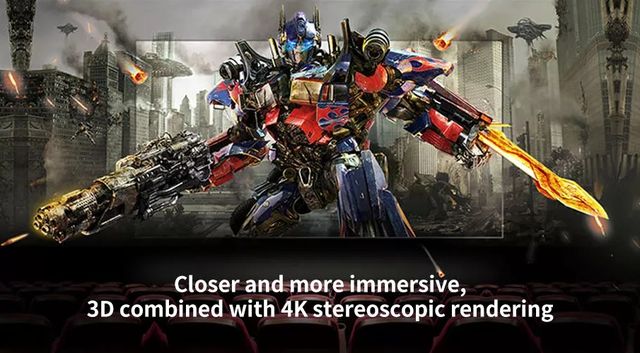 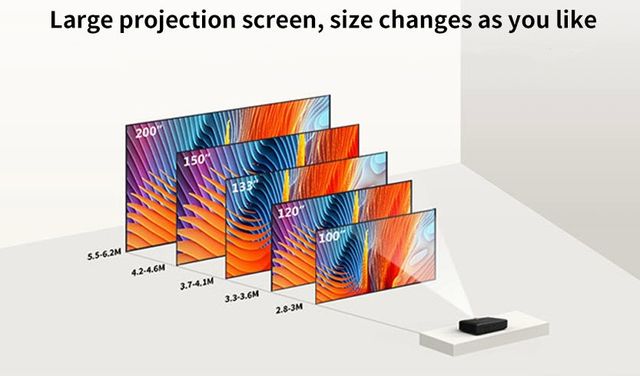 As you can see in the picture above, the distance should be at least 2.8 meters. Of course, you can place the projector closer to the wall, but then the image quality is likely to be worse. 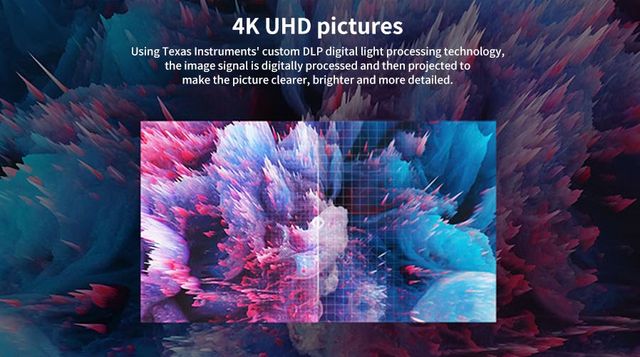 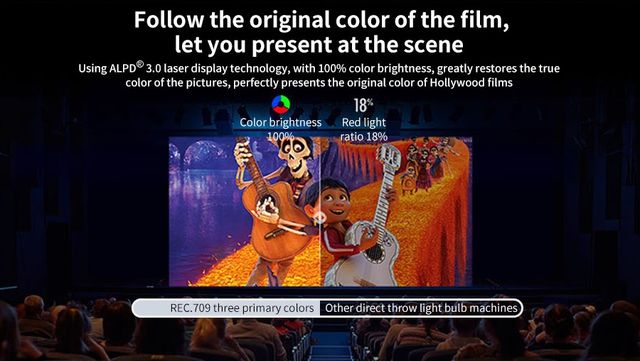 In terms of image quality, Xiaomi Wemax C700 has a native resolution of 4K, 3840 x 2160 pixels. The picture has stunning color rendering, clarity and contrast. Even during daylight, the image is clearly visible. 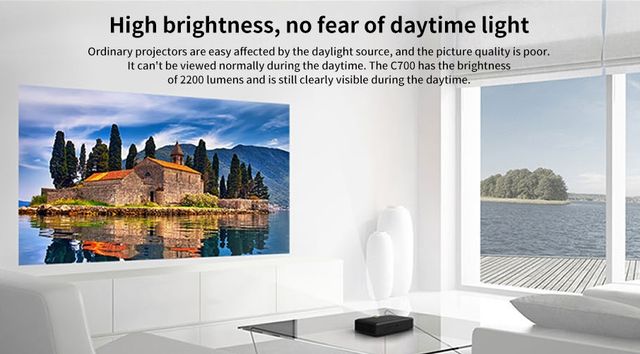 The maximum brightness is 2200 lumens, which is much lower than previous models. 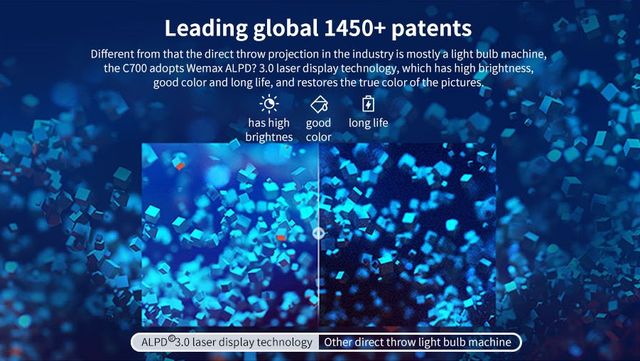 Xiaomi Wemax C700 is equipped with ALPD lamp, which has a lifetime of 20,000 hours. Even if you use the projector every day for 8 hours, the lamp will last for more than 7 years. 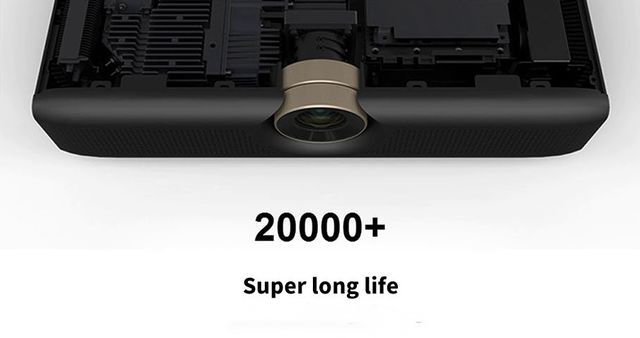 The new Xiaomi Wemax C700 projector has a special eye protection to ensure that your eyes are not tired during long using the projector. 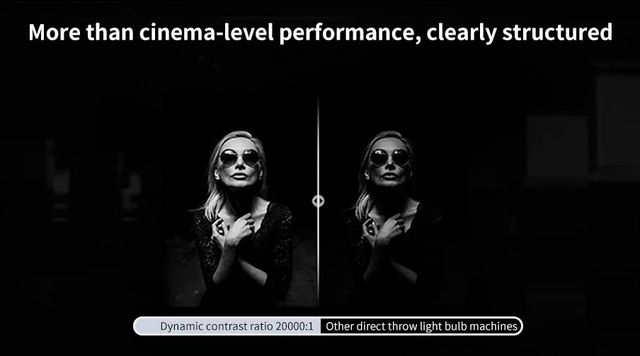 Wemax C700 runs on Android operating system with MIUI TV user interface. The projector has pre-installed applications for watching video, TV programs or listening to music. However, all apps and services are in Chinese.

The good news is that you can install any Android apps.

The maximum noise level of Xiaomi Wemax C700 is only 38 dB.

As we wrote at the beginning of the article, Wemax produces flagship projectors, so they are not budget.

So far, Wemax C700 is only available on Banggood online store. Its price is $3700. We think it is too high price for this projector. For only $1500-$2000 you can buy 4K Wemax projector with Ultra-Short Throw Projection and higher brightness. Below we will leave links to some interesting projectors. We would recommend to buy Wemax C700 projector only if it costs under $1000.